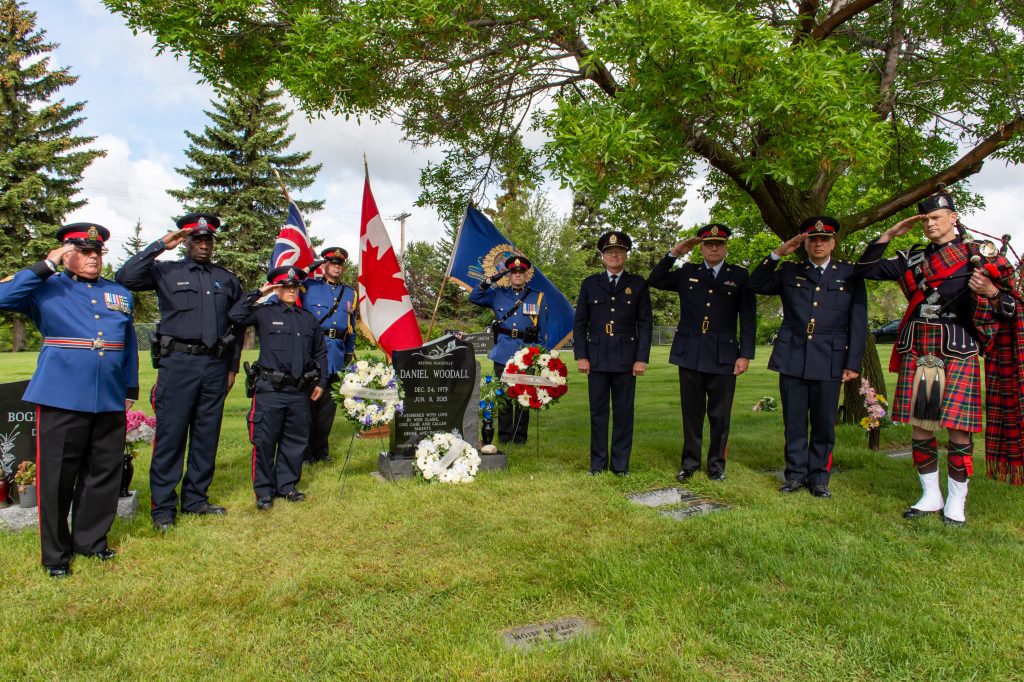 The Edmonton Police Service (EPS) marked the death of Const. Daniel Woodall with a small ceremony at his grave five years after he was killed in the line of duty.

Three wreaths were laid at Woodall’s grave on behalf of the EPS, Edmonton Police Association, and the Woodall Family.

Woodall was shot while he and two other members of the EPS Hate Crimes Unit attempted to arrest a suspect in a criminal harassment investigation on June 8, 2015.

It was an event that shook the police service and city to the core, and brought worldwide attention to an officer who protected members of the community from hateful attacks.

Since that day, EPS members have struggled to understand the tragic event and cope with the grief of losing a fellow officer. However, they are moving forward with healing and closure through the support of the organization and each other.

Even on the five-year anniversary of Const. Woodall’s death, his memory lives on in the hearts and minds of friends and colleagues, and his service and sacrifice continue to be an inspiration for the police service and the community.