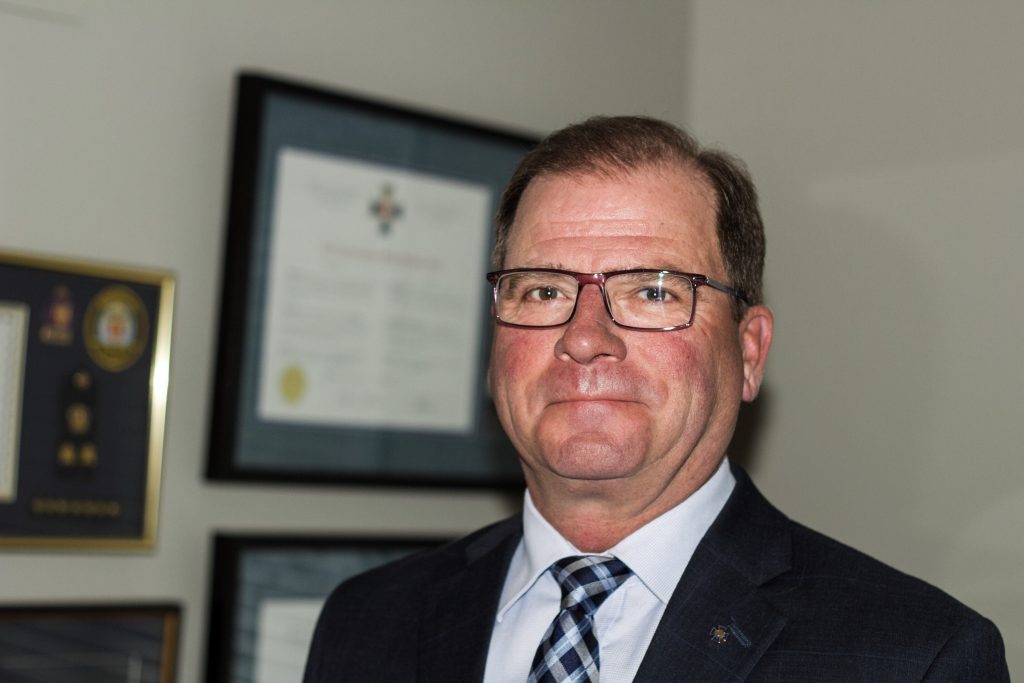 “The OACP is pleased and excited to welcome Jeff McGuire as its new executive director as we continue to advance the strategic direction of our association to meet the changing demands of policing a modernized society,” said Chief Bryan Larkin, OACP president. “Jeff brings significant leadership, vision and policing experience to the position. His experience will allow the board of directors to continue their ongoing advocacy work while ensuring we build on the strong foundation set by retiring executive director, Ron Bain over the last 11 years.”

Jeff McGuire began his 40-year policing career in 1977 with the Toronto Police Service (TPS). He was appointed as the Niagara Regional Police Service’s (NRPS) eighth Chief of Police on June 18, 2012. After more than five years of service, McGuire retired from the NRPS in July 2017.

“I have the utmost respect and admiration for all of the women and men in this province who wear the police uniform every day and devote their lives to making our communities safe for all. I am both honoured and humbled to have the opportunity in my new role as the executive director to advocate on behalf of the OACP membership to continue to uphold the vision of the OACP,” McGuire said.

During his policing career with the TPS, McGuire was assigned to various positions and ranks and held a variety of senior management positions, including Staff Superintendent in-charge of Operational Services, Area Field Command, and Detective Services.

When he left the TPS in 2012 to assume the role of Chief of the NRPS, he was the service’s Acting Deputy Chief, overseeing the operations of 19 specialized units with more than 2,300 employees and a $232 million budget.

McGuire is a past president of the OACP and is a member of the Canadian Association of Chiefs of Police (CACP), the International Association of Chiefs of Police (IACP), the FBI National Academy Associates (FBINAA), and the Police Executive Research Forum (PERF). He served on committees of both the CACP and the OACP and was the co-chair of the TPS LGBT Community Consultative Committee for many years. McGuire has served as a member of the board of directors for Big Brothers and Big Sisters in both Toronto and St. Catharines/Thorold.

In 2012, he was awarded the Queen Elizabeth II Diamond Jubilee Medal in recognition of his community service.