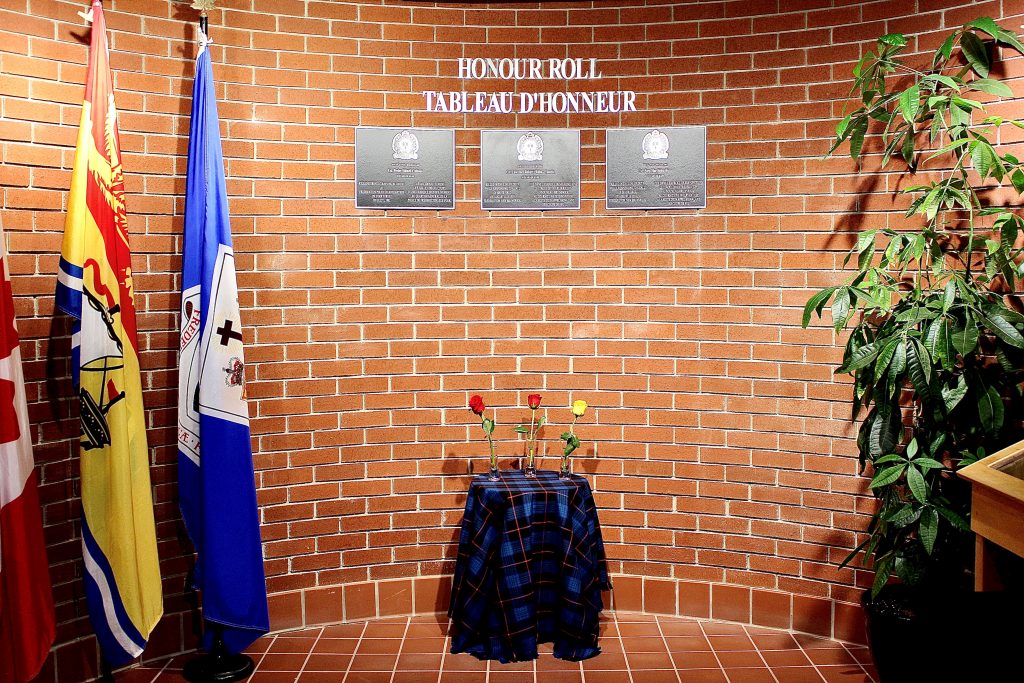 The Fredericton Police Force has installed a permanent memorial on the ground floor of headquarters to pay tribute to Const. Robb Costello and Const. Sara Burns, who lost their lives in the line of duty two years ago on August 10 during a deadly shooting. This shooting also claimed the lives of civilians Bobbie Lee Wright and Donnie Robicheau.

The Fredericton Police Force Honour Roll honours these three members and the “ultimate sacrifice” they paid during their service.