Ontario’s top court has thrown out a marijuana grow-op that police found in a man’s home after they entered it to check on his parenting. 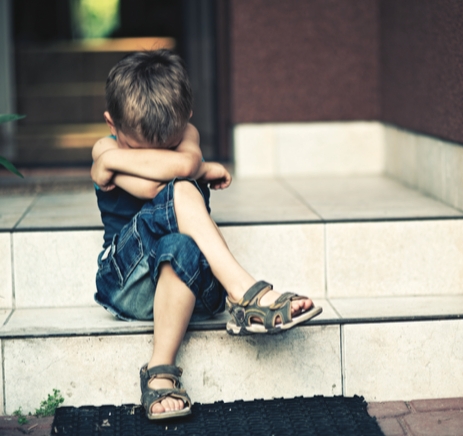 In R. v. Davidson, 2017 ONCA 257, a motorist called 911 after seeing a four-year-old boy, clad only in a diaper, standing alone at a busy intersection at about 10 a.m. on a day in June. When police arrived, the boy was safely in his mother’s arms, wrapped in a blanket. Harley Davidson, the boy’s father, arrived soon after. He told police that his son was autistic and had a tendency to wander away from the family home, which was about 50 metres away. Davidson said he had installed a special lock high up on the door, but his son had managed to open it and get out. The police insisted on examining the lock, and Davidson agreed they could do so. Although satisfied with the lock, the police then insisted on looking inside the house, claiming they were entitled to look around the house to check on the boy’s well-being, to ensure he was safe and properly nourished.

Three police officers entered the house and an odour of marijuana was detected. An officer conducted a brief search of the upstairs of the house, checking the kitchen cupboards and the refrigerator for food. He then went down to the basement, where the smell of marijuana became overwhelming. The smell came from behind a closed and locked door. When the police asked for the key, Davidson kicked the door open, revealing numerous marijuana plants. He was arrested and charged with marijuana production and possession for the purpose of trafficking.

At trial in the Ontario Superior Court of Justice, a sergeant at the scene conceded he did not believe the life or safety of a child inside the home was in danger nor did he have grounds to obtain a warrant to search. The sergeant also admitted to conducting warrantless searches of homes to check on the well-being of children. Further evidence suggested that the police were not only concerned about the boy’s safety but were also looking for drugs. Despite this, the judge found the primary motivation for the initial police entry was child welfare and the secondary criminal law aspect for the entry never overtook this concern. The judge found the child protection concern entitled the police to do a “protective sweep” of the house to “assess the degree of risk” to the young boy and his siblings. However, the judge did find other Charter breaches. He held that the police violated Davidson’s rights under s. 10(b) of the Charter by failing to advise him of his right to counsel after he had been detained (when they smelled the marijuana) and before questioning him about the marijuana. As well, the judge held that the search for and discovery of the marijuana without a warrant violated s. 8. Nevertheless, the judge ruled the evidence admissible under s. 24(2) and Davidson was convicted of producing marijuana and possessing it for the purpose of trafficking. He was sentenced to 18 months in custody.

Davidson challenged his convictions before the Ontario Court of Appeal, arguing, in part, that the judge erred in ruling that the initial entry by police did not breach s. 8 and that the evidence should have been excluded under s. 24(2). The Crown, on the other hand, submitted that the police entry was lawful as a protective measure and, even if it was not, the police had the authority to enter by virtue of Davidson’s consent or the provisions of Ontario’s Child and Family Services Act (CFSA).

Initial Warrantless Entry
Justice Laskin, speaking for the Court of Appeal, noted that warrantless entries into a home are presumptively unreasonable under s. 8 of the Charter. However, he also recognized there were exceptions to this presumption including “exigent circumstances” under statute (eg. 529.3 of the Criminal Code) or the common law exception recognized in R. v. Godoy, [1999] 1 S.C.R. 311. Godoy affirmed “the principle that the police have a common law duty to protect a person’s life or safety and that duty may, depending on the circumstances, justify a forced, warrantless entry into a home.” But Godoy has narrow limits when the police can enter without a warrant in response to a 911 call.

“The police must reasonably believe that the life or safety of a person inside the home is in danger,” Laskin said. “And once inside the home, their authority is limited to ascertaining the reason for the call and providing any needed assistance. They do not have any further authority to search the home or intrude on a resident’s privacy or property.”

Here, however, there were no exigent circumstances. Unlike Godoy where the emergency had not been resolved when the police arrived at the home and the victim was still inside, the boy in this case was safely in his mother’s arms when police arrived and was outside the home, 50 metres away. Laskin stated:

“In summary, in the case before us, by the time the police arrived at the intersection, no exigent circumstances existed. There was no reason to believe the life or safety of any person inside the [accused’s] home was at risk. They could see for themselves that the boy was safe and not in any immediate danger. Moreover, after the police had ascertained the reason for the 911 call, they were not entitled to search the Davidson house.
[…]
Godoy does not give the police sweeping authority to enter a home without a warrant to investigate whether a child’s mother and father are good parents. In the present case, at most the police were entitled to inspect the lock, which they could do without going inside the home. Godoy did not support their warrantless entry and the trial judge erred in holding that it did.” [paras. 29, 32]

Consent
Davidson did not consent to police entry. At most, he acquiesced to the police intrusion into his home. He was never told of his right to refuse the police entry nor did he expressly consent to the search. Furthermore, Davidson was never asked to sign a form that the police normally used before conducting a consent search of a home.

Child and Family Services Act (CFSA)
Under Ontario’s CFSA, a police officer may enter a home without a warrant to bring a child to a place of safety only if the officer believes on reasonable and probable grounds that the child is in need of protection and there would be a substantial risk to the child’s health or safety during the time needed to obtain a warrant or to bring the matter to a hearing. Laskin concluded that, even if the boy was in need of protection, “there was no evidence of any risk, let alone a substantial risk, to the boy’s health or safety if the police had taken the time to try and obtain a warrant.” Moreover, the on-scene sergeant conceded he had no grounds to obtain a warrant.

Exclusion of Evidence
Because of the trial judge’s error in finding the initial police entry reasonable, the Court of Appeal reassessed whether the marijuana was admissible under s. 24(2). In doing so, the Charter breaches were found to be on the high-end of the seriousness scale:

•    The police committed not one, but four separate breaches of Davidson’s Charter rights.
•    The police’s initial entry into the home was by itself especially serious.
•    The police not only entered Davidson’s home without a warrant; they conceded they had no grounds to get a warrant. Instead, they relied on their misguided belief they could enter the home to find out whether the boy’s parents were good parents.
•    Ignorance of the scope of police constitutional authority does not amount to good faith.
•    The police admitted to a systemic practice of warrantless searches of homes to check on the well-being of children.

The impact of the breaches on Davidson’s Charter-protected interests was also significant. It involved a home, which attracts a high expectation of privacy, and the police conduct inside the home by searching his cupboard and refrigerator, and questioning him in front of his family infringed on his dignity. Despite the evidence being relevant, reliable and important to the Crown’s case, the marijuana was excluded as its admission would bring the administration of justice into disrepute. Davidson’s appeal was allowed, his convictions were set aside and acquittals were entered.

Mike Novakowski is Blue Line’s case law columnist. He can be contacted at caselaw@blueline.ca
Print this page