Over 3,000 people came out for a fun afternoon in Edmonton’s Borden Park to help the city police service celebrate its 125 years on August 20, 2017. 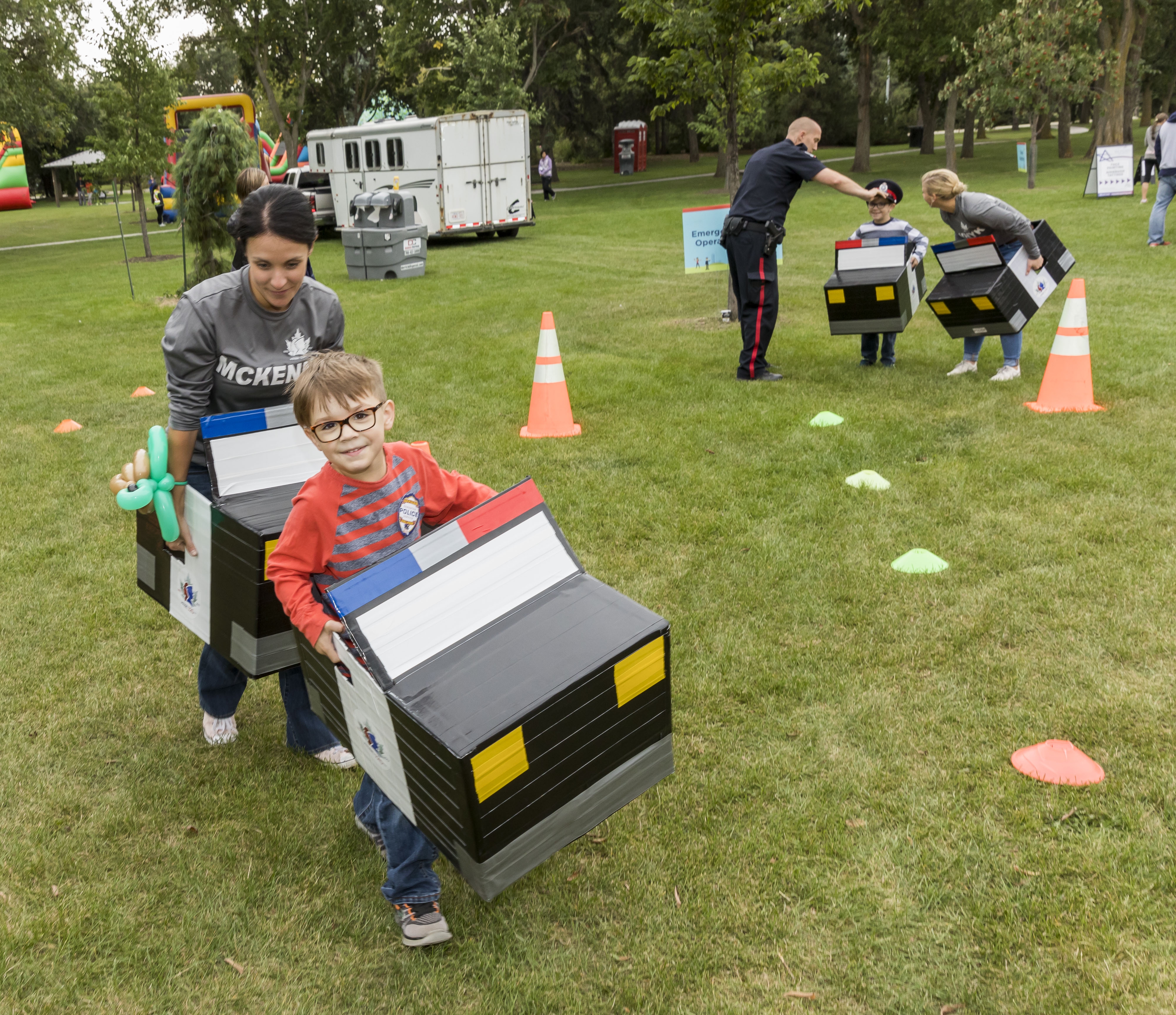 Children of all ages took part in the Emergency Vehicle Operation course and the Officer Skills Challenge, and some preschool officers-in-training showed up in their own police uniforms, ready for action.

It was ‘Back to the Future’ when EPS Recruit Training Class #140 challenged kids to an old-fashioned tug of war and sack race, and to follow in the footsteps of Canada’s first Indigenous police officer and Olympian, Const. Alex Decoteau Dash.

The picnic concluded with the take-off and fly-by of the Air One helicopter.

“Throughout our anniversary celebrations we’ve seen an outpouring of appreciation and support from the community that we’re truly thankful for,” said Chief Rod Knecht.  “There’s a sense of pride in what we’ve accomplished together and where we’re going as a police service.”

Karla Schell, Executive Director of the Edmonton Police Foundation, added, “Police play a vital role in our community every day, but when you consider the impact a police officer has on a child’s life simply by playing with them, it’s clear that an event like this is an investment in the future.”

EPS was created 125 years ago when Mayor Matthew McCauley issued Bylaw #15 on June 20, 1892, which allowed the municipality to appoint town constables to keep the peace.  Since that time, EPS officers have been dedicated to protect, and proud to serve, the citizens of Edmonton.