The Sgt. Bruce MacPhail Award for Academic Excellence is presented to the municipal police officer who achieved the highest overall average in a concentration certificate within the Police Leadership Program at Dalhousie University in the past academic year. 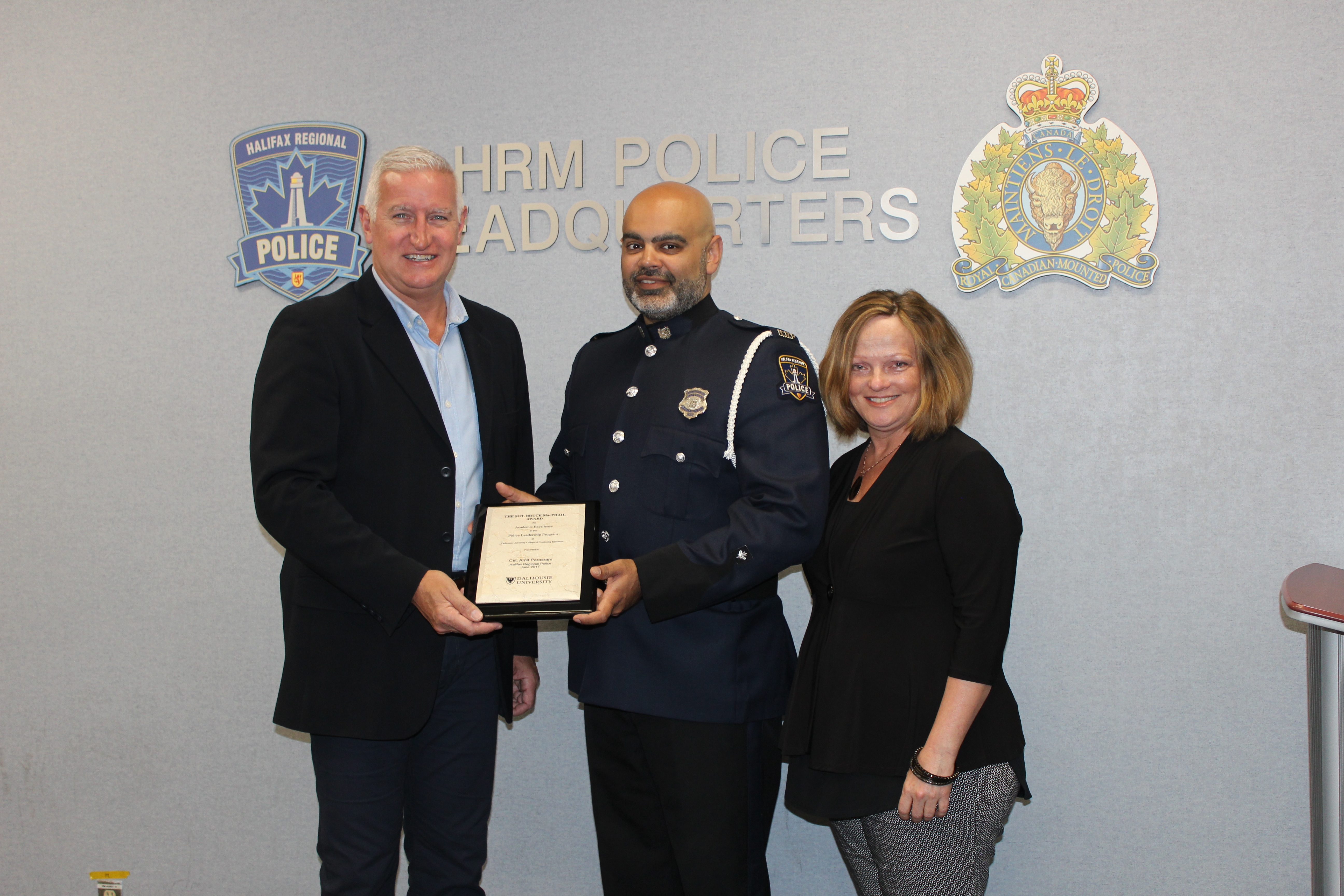 MacPhail began his career with the Amherst Police Department in Nova Scotia and in 1982 he became one of the first police officers with the newly formed Bedford Town Police. He continued on with Halifax Regional Police after amalgamation, eventually heading up their first Auto Theft Unit. He completed the certificate in “Police Leadership – Supervisory Skills” in 2000, and was the first to graduate as a Certified Police Coach in the program. MacPhail passed away in June 2001 after a short and courageous battle with cancer.

Phyllis MacPhail established the award in 2001 in memory of her son.

The 2017 recipient of the Sgt. Bruce MacPhail Award for Academic Excellence, Const. Amit Parasram of Halifax Regional Police, attended Dalhousie University, where he received his Bachelor of Science degree in psychology. In 2010 he graduated as valedictorian from Halifax Regional Police’s Police Science Program where he was awarded the Sgt. Bruce MacPhail Award for Excellence in Policing.

Parasram immigrated to Canada from Trinidad and Tobago as a child and has lived in Nova Scotia for most of his life. He has worked as a patrol officer, coach officer and was assigned to Halifax Regional Police’s Mental Health Mobile Crisis Team. He is currently assigned to the Chief’s Office.

Parasram thanks his wife Heather, daughter Aurora, and his brothers and sisters for their support and encouragement of his continuing education. His parents, Jai and Sero, have always instilled in him the value of education and lifelong learning and he says he believes the courses taken at Dalhousie have greatly contributed to his professional development. Having had the opportunity to meet Phyllis MacPhail in 2010, Parasram says he is honoured to be the first officer to bring the award home to HRP.