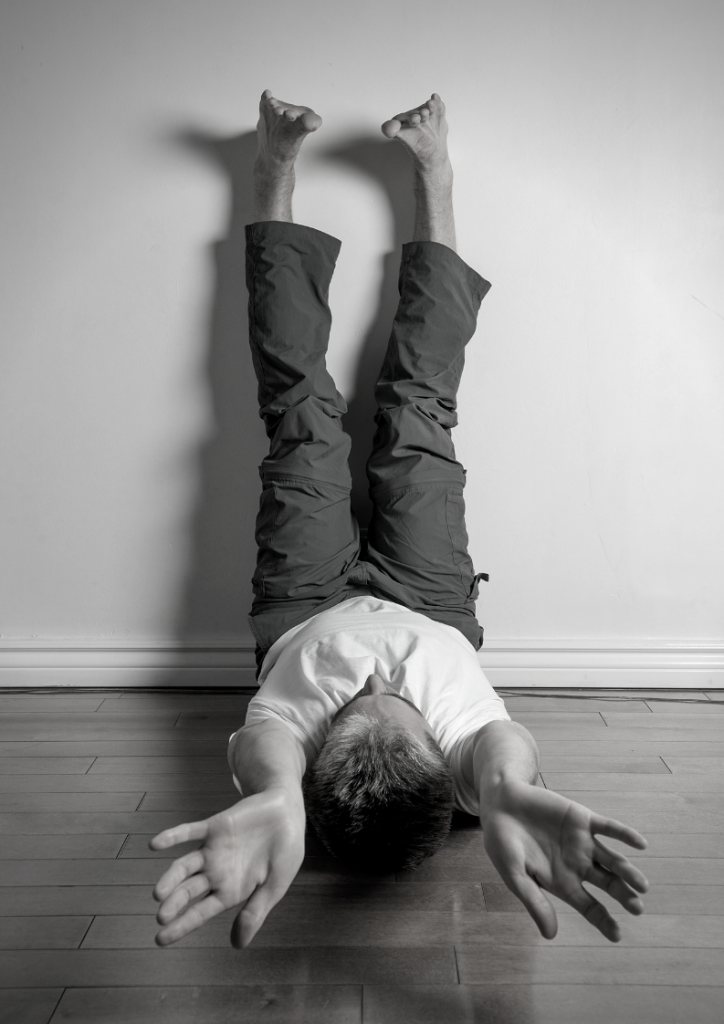 An example of an exercise to reduce back pain. For more on how to perform this exercise, visit fusionhealthstudio.com. Photo: Fusion Personal Health Studio

Many modernizations, especially in technology, have made policing more efficient, but there has been also been an unforeseen cost to these modernizations, which has led to numerous officers suffering on the job.

An in-depth study (“Determinants of Injury and Death in Canadian Police Officers” by Dr. Irwin M. Cohen and Len Garis from the University of the Fraser Valley) was released in 2018 and allowed law enforcement departments across the country to take a closer look at how to protect officers from getting injured on the job.

Policing has changed in many ways since walking the beat back in the early 1900s. Advancements in technology have allowed officers to have updated information from databases. Psychological training in human behaviour to help diffuse contentious situations and police vehicles equipped with computers also make their jobs more effective. However, this also makes the job more stationary in many elements.

It is interesting to note from the study that officers aged 30 to 39 were most likely to become injured from bodily reaction and exertion, which was 29 per cent of claims for missed work. Could it be the changes in the officer’s bodies as they have aged or the changes from their environment — like sitting for extended periods of time? Both scenarios have a cause and effect on the body.

How does being stationary contribute to injuries?

Historically, officers were armed with lighter gear than they are today. Many officers wear gear that weighs up to 27 pounds. A Kevlar vest weighs 5.5 to 7.5 pounds and a Sam Browne can weigh up to 15 pounds. These are worn during shifts no shorter than eight hours — the average being 10 hours.

The walking and the extra load are not the key issues for the modern police officer; it’s the sitting — sitting in cruisers, at desks, in courts, at meetings and during intake reports from citizens. All of this creates excess compression on the joints of the body, which contributes to loss of ability to move pain-free.

This loss of space in the body leads to tightness and restrictions, making the body less elastic and more prone to injury due to its constricted range of motion. Many injuries happen when you move your body from an idle state to an active state.

It’s not unusual for officers to feel back pain and discomfort from time to time and some may even fall victim to more severe back issues. The usual suspects of lower back pain are at the L4-L5 and L5-S1 area, where 80 per cent of back herniations happen.

What can the modern officer do to offset the habits and risks of the job?

E.L.D.O.A is a French acronym which translates to mean LOADS: longitudinal osteoarticular decoaptation stretching. In non-technical terms, it means a series of decompression stretches.

There are hundreds of specific E.L.D.O.A(s) a person can learn for individual joints, specific muscles or groups of muscles. Many professional athletes and sports teams have started to incorporate the practice of E.L.D.O.A to help with recovery, performance and injury prevention.

The reason E.L.D.O.A is being utilized by other peak performers is because the exercises are precise at increasing space in the body, and it’s with millimeters that great miles are achieved.

If we have healthy ranges of movement our body can move without restriction, hesitation or complaint. When these millimeters of movement decrease, we begin to lose large degrees of movement and then pain and discomfort can show its signs.

People often come to embrace E.L.D.O.A for its ability to diminish:

In addition to restoring optimal ranges of motions, E.L.D.O.A has another important goal: to re-condition connective tissue (fascia) to be elastic. It is our connective tissue that creates the casing around muscles, giving them the room to move freely or not.
When you do your E.L.D.O.A exercise, you are creating space not just at the bone and joint but also at the muscle, giving it shape. It is this change in the structure of the muscle that helps to maintain the improved function of the target area.

Our team of practitioners hears one or both of the following statements on a daily basis:

Micheal Okumura is the founder of Fusion Personal Health Studio in Toronto. He says E.L.D.O.A changed his life and he wants to see its knowledge and use expanded.

“My situation was looking fairly bleak,” Okumura says. “I had seen chiropractors, sports medicine doctors, massage therapists, leaders in the exercise education community. I had spent thousands of dollars and had not found a solution to my joint issues.”

Okumura had osteoarthritis in his knees, elbows, ankles, wrists and neck. He says his movement was limited and strenuous and his pain ranged from levels three to nine out of 10 every day, depending on how much he worked.

“The E.L.D.O.A Method allowed me to reclaim my body back after years of high mileage,” he says. “I have exercised for four decades and I have been a health coach for 20 of those 40 years. I had known about E.L.D.O.A since 2003 but it was not until just a few years ago that I began a 10 to 15-minute daily practice.”

Okumura says he practiced E.L.D.O.A everyday and within six months, he was pain-free.

“This is my new primary form of exercise,” he says. “It looks like stretching but holding the positions for 60-90 seconds is the most intense workout I have ever done. Today, I insert Eldoa into my training sessions and as a recovery method. Almost two years of daily practice and I am pain-free at work and in my workouts.”