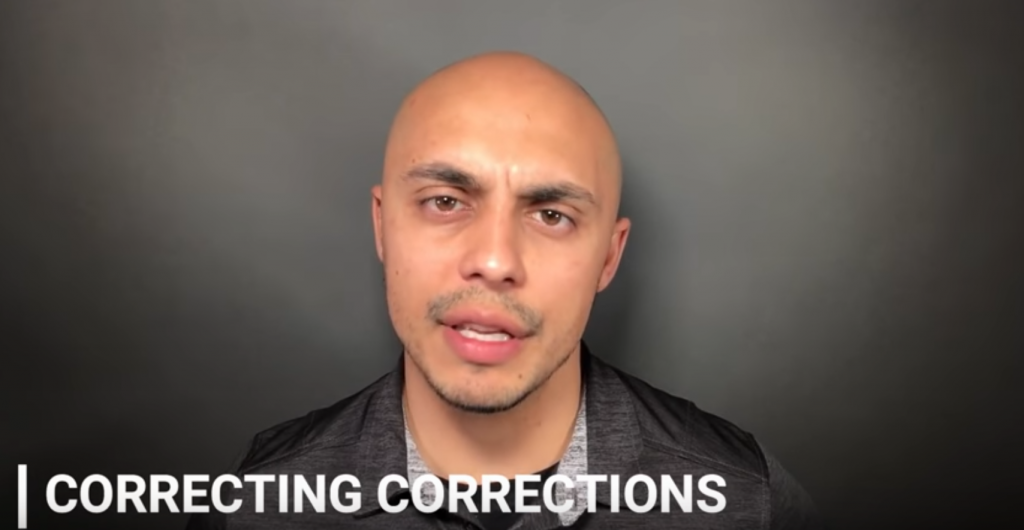 Former correctional oﬃcer Iosko Assenov says he witnessed and experienced several racist incidents directed towards himself and others for many months and ﬁled numerous complaints with the ministry. Photo: https://youtu.be/dwPtWWRNipo

Corrections has long been criticized for being an industry that can carry a stigma of biases, hate, discrimination and exclusion. Allegations of racism, sexism and discriminatory behaviour within prison walls have been media topics for several decades now. Everyone who has ever worked or lived there will have a diﬀerent set of memories and recollections based on their experiences. However, the one thing I think anyone who has ever spent any time within the walls of Canadian prisons — whether working or otherwise — can agree on is that Canadian prisons are a constant work in progress.

As the outside world changes, the prison system changes with it and is forced to adopt to the external environment. Each prison varies in its culture based on the geographical area and demographics.

Ethnicity is a part of that. For example, where Ontario and Quebec have a higher Black population, some of the other provinces have higher Indigenous and Caucasian populations. These demographics extend to prison staff as well.

Looking back at the very recent history, corrections as an industry has experienced an increase in awareness from the anti-racist movement over the last few decades, thanks in part to the much more visible presence of Black Lives Matter.

The start of the noticeably increasing anti-racist movement in Canadian prisons began with the walk out of Black correctional oﬃcers at the former Toronto (Don) Jail. A number of Black correctional oﬃcers walked out early in the day in January 2008, stating they have been receiving threatening racist letters for the past three years and nothing has been done by the governing ministry at the time. The alleged anonymous letters, laced with violent and racist language, were found in the mailboxes of solely Black correctional oﬃcers and there were several speculations by some of the victims the letters were written and sent by fellow staff members of the same institution. The subsequent investigation, conducted by the hate crime unit of the Toronto Police, resulted in inconclusive ﬁndings. That being said, it forced the employer to review and revisit policies and procedures with respect to racism and discrimination against minority employees.

The Human Rights Tribunal ruling resulted in the Ministry creating a number of innovative and proactive remedies that were meant to increase awareness and education with respect to minorities within the workplace.

In the case of the Michael McKinnon v. Ontario Ministry of Correctional Services — which took 23 years to settle by the Ontario Human Rights Tribunal — the Indigenous officer claimed harassment and discrimination from his colleagues and called out the employer for failing to address the problem. The Human Rights Tribunal ruling resulted in the Ministry creating a number of innovative and proactive remedies that were meant to increase awareness and education with respect to minorities within the workplace.

Canadian corrections, being a very reactive versus proactive industry, continues to struggle with implementing and enforcing policies that are meant to eliminate racism and discrimination within prisons. In 2018, CBC News interviewed former correctional oﬃcer Iosko Assenov from South West Detention Centre in London, Ont. He says he witnessed and experienced several racist incidents directed towards himself and others for many months and filed numerous complaints with the ministry. Nothing was done. We can see as such that corrections continues to struggle with eliminating racism and discrimination within its institutions. Assenov resigned from corrections after only a few years into his new career, in light of continuous racism, and is currently undergoing a grievance process at the Ontario Human Rights Tribunal.

“Each year the OPS (Ontario Public Service) prides itself as being a Top 100 Diversity Employer,” Assenov writes in a memo he sent to OPS in June 2020, which he also emailed directly to me. (You can read it here: Anti-Racism Report – Responding to Ongoing Racism in the Government of Ontario – Iosko Assenov.) “Hiring Black and visible minority staff is one thing. How these staff are treated inside these workplaces and their ability to eﬀectively address and receive support when addressing acts of racism, is another.”

These issues are destined to exist not only among the offender populations, but also among staff themselves. Although the correctional administration continues to test out and develop new policies in addressing the issues of racism and discrimination within the prison walls, history has proven so far that it is still a very long road to its total and complete elimination.

Elina Feyginberg worked for Ontario Corrections between 2003 and 2012. She is currently working as an executive at an insurance firm and owns a corporate health and safety training company as well as a non-profit that promotes education for PTSD among correctional officers and first responders.