News
Woman or girl slain every 2.5 days in Canada in 2018, inaugural report finds

A woman or girl was killed every 2.5 days on average in Canada last year, according to an inaugural report on femicide that argues the issue must be better understood in order to reduce the number of slayings. 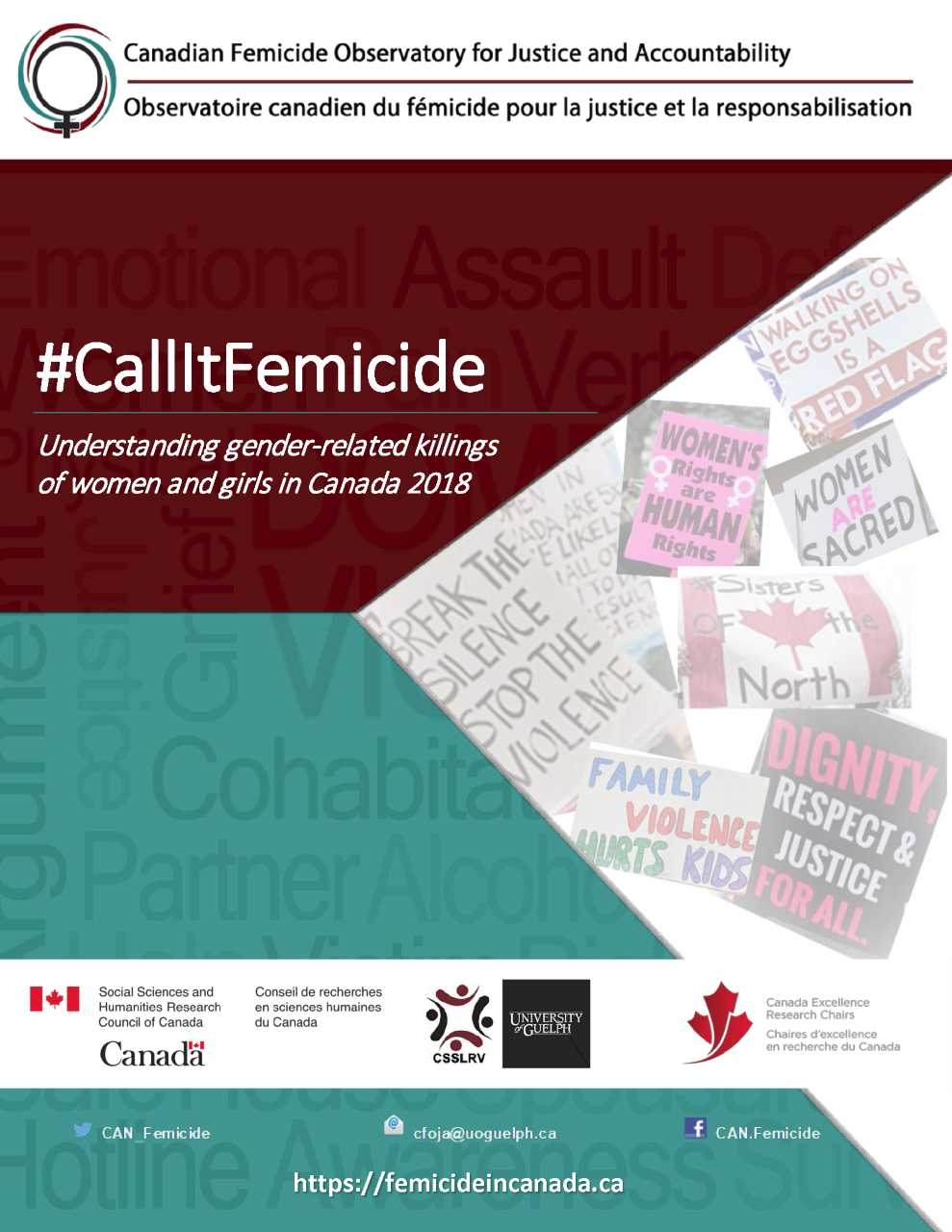 The first annual report by the Canadian Femicide Observatory for Justice and Accountability — titled “#CallItFemicide” — was released Wednesday and answers a call from the United Nations for countries to better track gender-related killings of women, said lead author Myrna Dawson, the observatory’s director and a professor at the University of Guelph.

“It really drove home how often this was happening when we were monitoring this on a daily basis,” she said. “Women are still most at risk of men that they are intimate with or who they should be able to trust.”

The goal of the report, at least in part, is to acknowledge that the circumstances and motivations surrounding women’s violent deaths differs from those of men so that femicide can be better understood and prevented.

“The context in which women and girls are killed is vastly different because they’re most often killed by people they know, and that’s in contrast to males who are most often killed by acquaintances and strangers,” Dawson said. “Calling it for what it is and recognizing the distinctiveness underscores the fact that we need different types of prevention.”

The report said 148 women and girls were killed in 133 incidents in 2018, with 140 people accused in their deaths. In 12 of the 133 incidents, no accused has been identified. Some cases involve multiple accused.

More than 90 per cent of those accused were men.

In many cases, a police investigation is still ongoing, Dawson said, adding that researchers intend to follow the cases through the justice system the coming years to better understand the factors that went into each.

The statistics include a van attack that left eight women and two men dead in Toronto last year. The accused in that case, Alek Minassian, has been charged with 10 counts of first-degree murder and 16 of attempted murder. He is set to stand trial in February 2020.

That includes the case of Krassimira Pejcinovski and her 13-year-old daughter Venallia, who were allegedly slain by the elder Pejcinovski’s partner in May 2018. Her 15-year-old son Roy was also killed in the incident, but is not included in the statistics.

The numbers and demographic information were pulled from media reports of the deaths, the study said. Dawson said information from the media was more handily available and at least as accurate as information from official sources. But the report notes that in coming years, as these cases progress through the justice system, researchers will look at court records to track updates.

For instance, she noted, funding for sexual assault centres and women’s shelters is distributed on a per capita basis in Ontario, which puts women in sparsely populated areas at an even greater disadvantage.

“The argument is there’s less of a need (in rural areas). Perhaps in terms of numbers, but you have a more complex need in rural communities that requires more resources, because you have to travel long distances. You don’t have public transit for people to get away,” Lalonde said.

She said statistics like those in the report also help cut down on misconceptions about violence against women, such as the idea that women in abusive relationships should just leave.

“We don’t talk about things like criminal harassment or the fact that most women are killed after leaving or declaring that they’re going to leave a partner,” she said. “We have to challenge all the myths and stereotypes that tell women it’s their own fault.”