Prey Inc., provider of a cross-platform, open source anti-theft software that protects mobile devices, has announced the results of the inaugural, global Prey Mobile Theft & Loss Report, which found that misplaced devices were responsible for the vast majority – 69 per cent – of all devices reported missing in 2018. 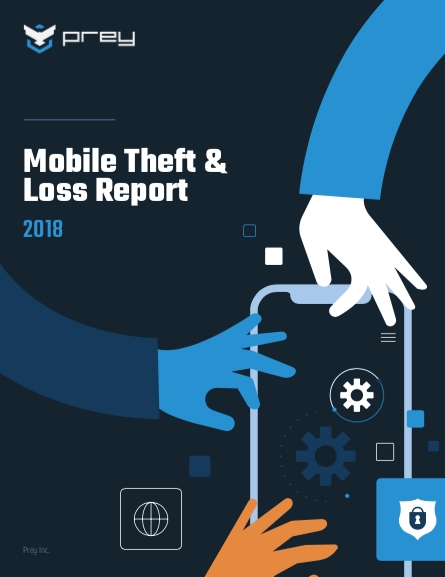 Ultimately, the Prey survey determined mobile device owners are a greater threat to their devices than thieves and that, when it comes to device theft, the most comfortable and familiar places, such as offices, homes or schools, can be the least safe.

Prey Software has compiled the survey information in a free report, the Prey Mobile Theft & Loss Report, which is available for download here.

Drilling down into the data, Prey sorted all theft or loss stories into six categories:

While home invasion, business break-in and car break-in were excluded due to the certainty of their location, the report then breaks down the most likely locations for misplaced, pickpocketed or robbed devices…

Prey synthesized all this data and determined that the top five places where people are most likely to lose their devices -— home, street, office, public transport, school and university — represent a combined 80.94 per cent of all reported events. The report notes that “these five locations are places which users frequent as part of their daily routines” and goes on to concluded that “the majority of lost device events occur in places where the user is generally comfortable and does not expect insecurity.”

The report also noted: “If your phone falls into the wrong hands and doesn’t have the proper protection, the thief can get more than a resell profit. The information that on open smartphone provides is enough for a bad actor to carry out identity theft, especially when the phone line continues to be open. When that is the case, thieves can even utilize a stolen phone’s line to reset passwords on high-risk logins, such as your email.”

Methodology
The first annual Prey Mobile Theft & Loss Report considered a total of 829 filtered recovery reports voluntarily filed by Prey Software customers over the course of 2018. The reports came from Prey Anti-Theft users in 100 different countries around the world, including Canada. Each case included the following anonymous data: type of event (theft or missing, and their different versions), the location where these events occurred, a brief story, and information regarding the device type and responsibility for the event.