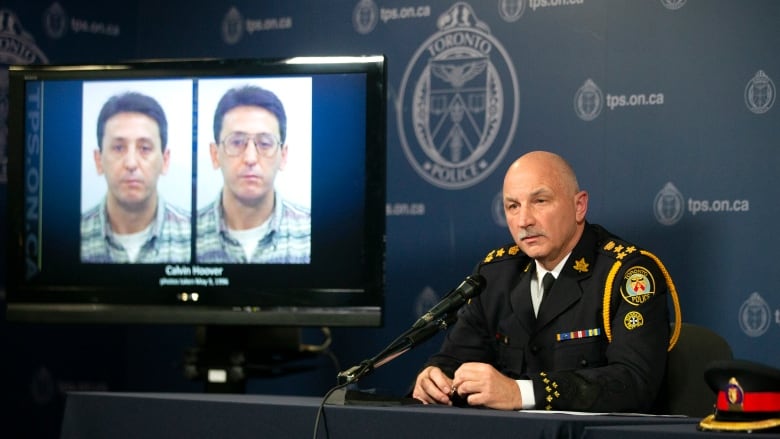 A press conference is held after a breakthrough in the Jessop cold case.

Canadian police have a new investigative tool at their disposal to solve cold case homicides and it is due to a “major shift in science,” said acting Det.-Sgt. Steve Smith of Toronto’s cold case squad.

In October 2020, Toronto Police announced they had successfully identified Christine Jessop’s killer through genetic genealogy–a new science that uses DNA from cold case homicides to identify an offender through family members whose DNA had voluntarily been uploaded to genealogy databases.

The breakthrough occurred in California in 2018 with the first arrest in a 40-year old serial killer file dubbed “The Golden State Killer” case. This case involved 13 homicides. Joseph DeAngelo, now in his seventies, was identified as the offender responsible for the heinous crimes that reigned upon California from 1975 to 1986.

DeAngelo, a police officer in Exeter, Calif. from 1973 to 1976, had been positively identified when his “cast off” DNA matched the evidence discarded and preserved from the scenes of his murderous crimes. He had been identified through genetic genealogy.

In 2018, investigators from the DeAngelo case attended the Canadian Police College in Ottawa to present their case on the “Cold Case and Unidentified Human Remains” course. Steve Smith was in attendance. After that training, “that’s when we really started investigating, putting time into learning about this process and this procedure,” Smith confirmed.

The checklist criteria to immerse this technology in the investigative process is stringent. Investigators must ensure that “you are using offender DNA.”

Christine Jessop went missing on Oct. 3, 1984. She was found on Dec. 31 and had been sexually assaulted before being stabbed to death. DNA had been found in the underwear of the nine-year-old girl.

Neighbour Guy Paul Morin was initially charged with Christine’s homicide in 1984 but later acquitted two years later. Morin was found guilty during the second trial and successfully appealed his conviction in 1995. The Jessop homicide became a cold case.

Equipped with the new genetic technology, the Toronto Police Cold Case Unit delved into the Jessop case in December 2019, sending the offender DNA to the Centre of Forensic Sciences in Toronto. In October 2020 a DNA hit identified Calvin Hoover as Christine’s killer. Even though Hoover had taken his life in 2015, the Jessop family was relieved after Smith notified them of the breakthrough in their daughter’s case.

“They were relieved to have closure. Both the parents did not know whether they would live to see who killed their daughter. These cases have never been forgotten,” Smith said.

The cold case detective emphasized the importance of crime scene preservation.“The most vital thing in an investigation is to preserve the scene properly.” The Jessop case would not have been solved had investigators not protected and preserved the crime scene — well before DNA testing was an option.

Toronto Police will be applying genetic genealogy to other unsolved homicides. The cold case detective has a message to all the yet-to-be identified offenders: “you can either come see us, or inevitably we will be coming to see you.”