Michael Bellai has been appointed as the Chief of the Saugeen Shores Police Service. 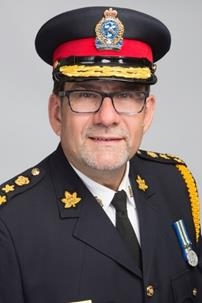 Chief Bellai has 29.5 years of policing experience with Peel Regional and Stratford Police Services. He retired as Chief of Police in Stratford to take on the position in Saugeen Shores. He graduated from the University of Guelph and Conestoga College and has a Certificate in Police Administration from Dalhousie University. Bellai is also a proud graduate of the FBI National Academy.

Saugeen Shores Police Chief Dan Rivett retired on November 30, 2017, after serving in the position for 11 years. Rivett started his career in policing in 1982 with the Guelph Police Service. In 1997 he was hired by the Southampton Port Elgin Police Service and moved up through the ranks. During his time with SSPS he was a member of the board of directors of the Ontario Association of Chiefs of Police and was actively involved in the community.