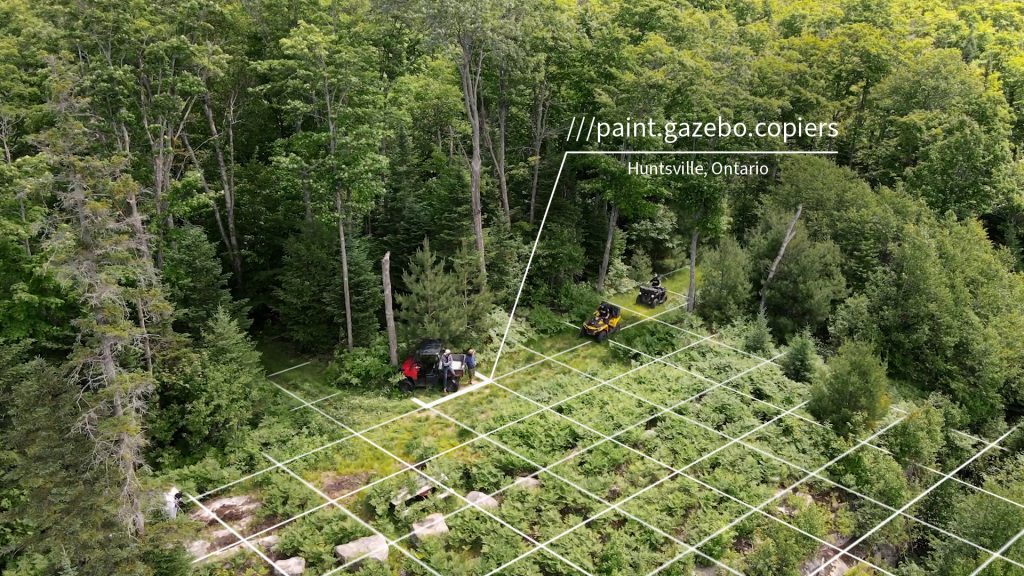 Oct. 4, 2021, Toronto, Ont. – Emergency services across Canada are preparing for a busy holiday season as people are expected to travel, while lovers of the great outdoors venture out to make the most of Canada’s stunning fall colours and cooler temperatures. Seventy per cent of Canadian emergency services control rooms surveyed noted they see a spike in calls over holidays and long weekends. To ensure emergency response teams can be directed quickly to precisely where help is needed, control rooms are encouraging the public to download and familiarize themselves with the free what3words app as a simple way to stay safe and support emergency services this fall.

what3words has divided the world into a grid of 10-foot squares and given each square a unique combination of 3 random words: a what3words address. For example ///lashes.candlelit.earned will take you to the main pier at Clear Lake Marina, Riding Mountain National Park. The app is free to download for both iOS and Android devices, and works offline, making it ideal for use in areas with an unreliable data connection, such as hiking trails and campsites. what3words can also be used via the online map at what3words.com.

Emergency services are encouraging the public to download what3words – with 100 per cent of those surveyed agreeing it’s “a useful tool for the public to have on their phones.” The technology is available in 50 languages, including Canadian French, and can be used anywhere in the world. The system does not store or track users’ location data, and there are no advertisements on the app or map. To date, what3words is available to over 42 emergency communication centres across Canada, with a presence in eight provinces and two territories.

Emergency control centres often cannot automatically detect a caller’s precise location – despite over 50 per cent of Canadians wrongly believing they can – and in an emergency, identifying precisely where help is needed is critical to getting resources to the scene quickly. However, this can be nearly impossible if you’re in a remote area with no street address, no obvious landmarks, or on an unnamed trail. In these moments, emergency services can waste precious time and resources just trying to locate the person in need of help. Using a what3words address gives callers a simple way to describe precisely where help is needed and allows these services to dispatch resources straight to the scene.

The technology has been used for everything from reporting fires and rescuing pets to locating critically injured snowmobilers and hikers with pinpoint accuracy, and one control centre reported the technology had been used to assist more than 100 incidents to date.

Earlier this year a cyclist fell and injured themselves at Turkey Point, Norfolk, Ont. The caller had no address or landmarks to share with the dispatcher, only that they were “at the bottom of a hill, on a trail about one kilometre from the road.” Through what3words, the victim’s location was relayed to emergency crews, who swiftly located the victim, provided emergency care and rapid transportation to the hospital. Assistant Fire Chief at Norfolk County James Robertson said that without the app, the search for this injured person may have taken significantly longer and the victim’s condition could have deteriorated.

While not intended as a replacement for any traditional “must-pack” survival gear worth bringing along on all hikes, camping trips, and other outdoor adventures, the technology has become a well-used additional tool for emergency services across the globe, saving dispatchers and responders precious time and resources in an emergency. In the UK, what3words is now used by over 85 per cent of emergency services – police, fire and ambulance.

Since its entry to the Canadian market in 2016, what3words has dramatically increased its presence through strategic partnerships, and to date in 2021 the company has already seen a 97 per cent year on year growth in partners. There are now thousands of opportunities for Canadians to use the system on a day-to-day basis. For example, Mercedes-Benz, Mitsubishi, Ford and Triumph drivers can navigate to any 3-word address in the world using their cars’ navigation systems, and hotels, parks and travel guides are using what3words addresses to mark accessible entrances, beauty spots and starts to hiking trails.