Signing of Letter of Expectation this summer under Community Tripartite Agreement provides “clear road map,” ensures Yukon’s largest First Nation has a “voice at the table to shape the future of policing.” 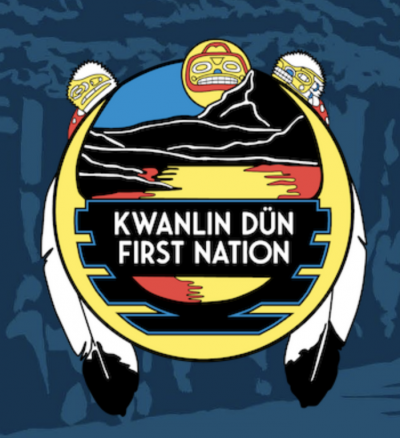 Chief Doris Bill of Kwanlin Dün First Nation, the largest First Nation in Yukon, and Sgt. Greg Holmberg, Acting Officer in Charge of the Whitehorse RCMP Detachment, have signed a “historic document that paves the way for an improved approach to community policing built on relationships, accountability and communication.”

The Letter of Expectation (LOE) defines and promotes positive and co-operative relationships and provides policing priorities, goals and strategies that are specific to the needs of Kwanlin Dün First Nation. The four priorities in the LOE are Communication, Relationship Building, KDFN Youth Partnerships, and Community Safety.

Highlights include the requirement for quarterly meetings with KDFN Council and monthly policing reports. Also, KDFN will provide cultural awareness training to the officers in order to support and encourage understanding and belonging in the community. Among many ideas, the LOE also requires officers to participate in community events, interact and be visible with the public on a daily basis, as well as volunteer on KDFN boards and committees.

“It is imperative that communities see their police as a reflection of community values, priorities and interests,” said Chief Superintendent of Yukon RCMP Scott Sheppard. “This LOE provides a clear road map to establishing those expectations, and builds upon the relationship that already exists between KDFN and the RCMP.”

The need for an LOE arises from the recent signing of the Community Tripartite Agreement (CTA) under the First Nations Policing Program (FNPP) on June 12, 2020 between KDFN, Government of Yukon and Government of Canada. The FNPP is a federal program designed to enhance police services to First Nation and Inuit communities across Canada. As partnering First Nations are signatories, they can now shape how policing services are delivered in their communities. The LOE provides details on how police are to operate within the community. It is meant to be a living document and will be reviewed annually.

“As a signatory to the CTA and the LOE, Kwanlin Dün First Nation has a voice at the table to shape the future of policing in our community,” said Kwanlin Dün Chief Doris Bill. “By creating the LOE, we are now able to govern how police operate here. This is our community, this is how things work, this is what we want policing to look like. Good policing is built on relationships, open communication, cultural understanding and accountability. Today, we can move forward on these principles.”

The Government of Canada and Government of Yukon contribute funds to the FNPP, which provides support for 17 dedicated RCMP officers in Yukon First Nations communities with Canada funding 52 per cent and Yukon Government funding the remaining 48 per cent.

CTAs have existed in Canada for decades but Yukon has only had one with the Liard FN. With the new framework agreement and additional funding, KDFN is able to establish their first CTA comprising of a compliment of three enhanced, culturally responsive, and dedicated RCMP members.

The three Enhanced Officers dedicated to Kwanlin Dün will be stationed in Kwanlin Dün and will work closely with the Community Safety Officers. Two constables currently stationed in KDFN have been operating under the former Aboriginal Community Constable program since 2017. They will now fall under the new First Nation Policing Framework Agreement. A third RCMP member will be joining the team in the near future.