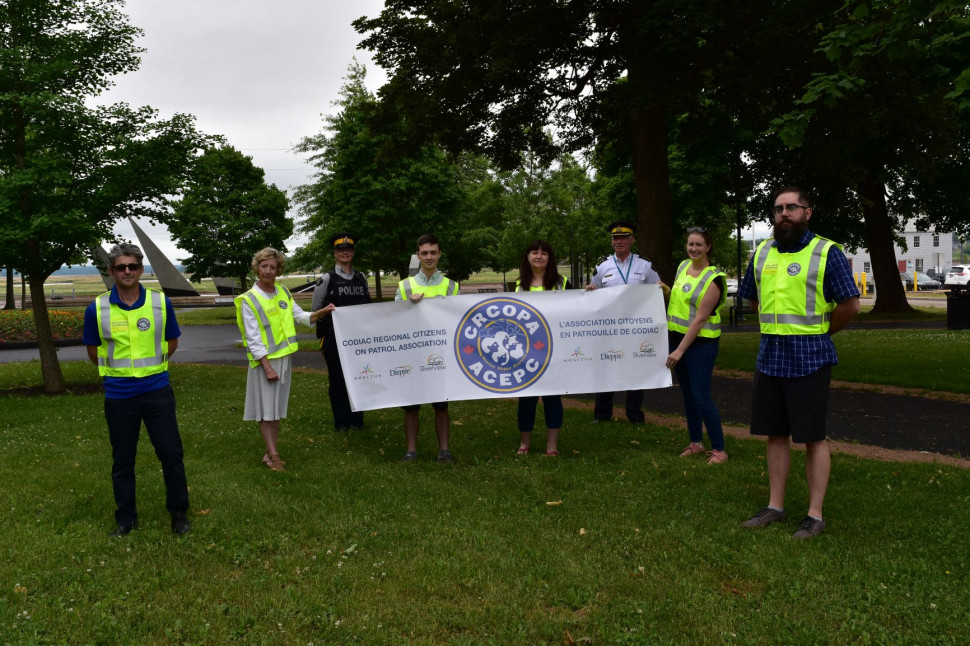 Photo: Members of the Codiac Regional Citizens on Patrol Association.

This volunteer, non-profit group was created by the community to take an active role in crime prevention. Volunteers will patrol their neighbourhood and report suspicious activity they see to police. They will also deliver community public safety programs.

“This is a new crime prevention initiative that is community-based where volunteers will help by being the eyes and ears in the community and report what they see and hear to police,” says Eric Larose, manager of Codiac RCMP Community Policing Unit. “Their role is not to intervene or attempt to stop a crime in process but report it to Codiac RCMP or in an emergency call 911.”

“The volunteers will be recognizable with their high visibility vests driving, walking or even cycling through the neighbourhood,” says Paul Moores, the president of the Codiac Regional Citizens on Patrol Association. “They will use an app on their smartphone to track their patrol route and submit reports to police on what they have observed.”

The program officially starts on June 25 with six volunteers who will be concentrating their efforts in the Old West End of Moncton.

Expansion of the program, including to other neighbourhoods, will depend on the interest of the community and the number of volunteers offering to participate. If you know someone interested in volunteering, contact the Codiac Regional Citizens on Patrol Association at Crcopa.info@gmail.com for more information.