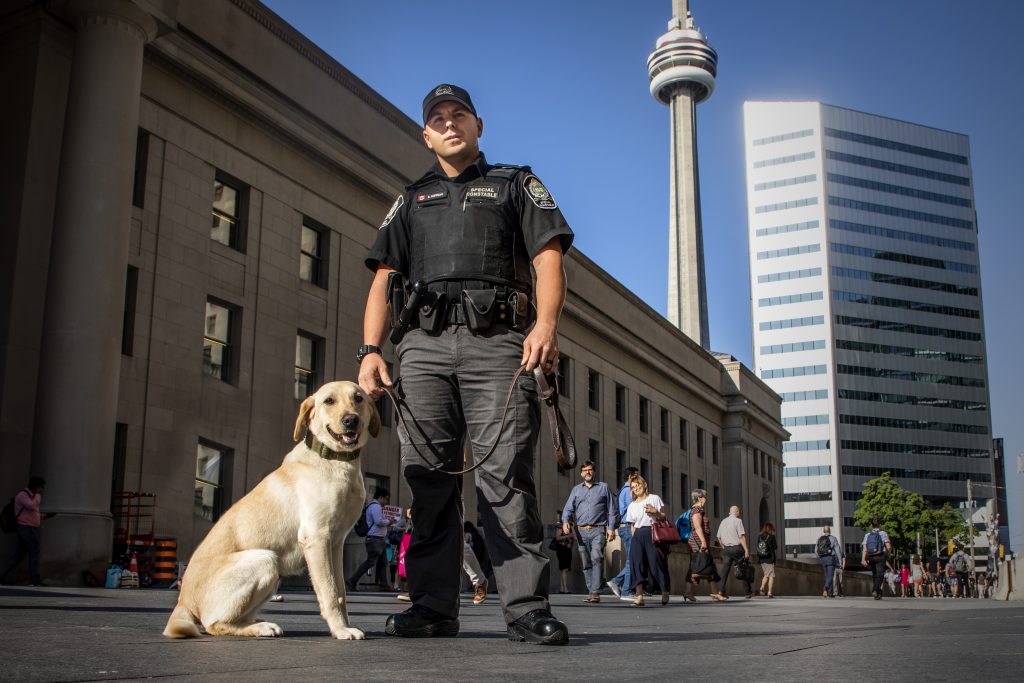 Metrolinx, a Crown agency that manages public transport in Ontario’s Golden Horseshoe region, has three new team members joining the safety unit this fall. And these ones come with top-notch noses.

The company decided to train its own K9 team to investigate suspicious objects, taking some pressure off Toronto Police Service (TPS) detection dogs who have been working behind the scenes at Union Station—Canada’s largest and busiest multi-modal transit hub—since 2013, according to Metrolinx.

The three dogs and their handlers will hit their first patrols sometime this September after 12-weeks of training under the leadership of an experienced K9 sergeant and the guidance of TPS trainers.

“As canine teams are proven resources at deterring danger and enhancing safety, this was a logical step in taking our efforts to the next level by partnering with TPS,” said Bill Grodzinski, the director of transit safety at Metrolinx. “Our canine officers and partners will be responsible for patrolling both Union Station in Toronto and the remainder of our network.”

Metrolinx noted the teams’ sole function is dangerous material detection and they will continue to consult and work closely with Metrolinx’ police partners on when they should be called in.