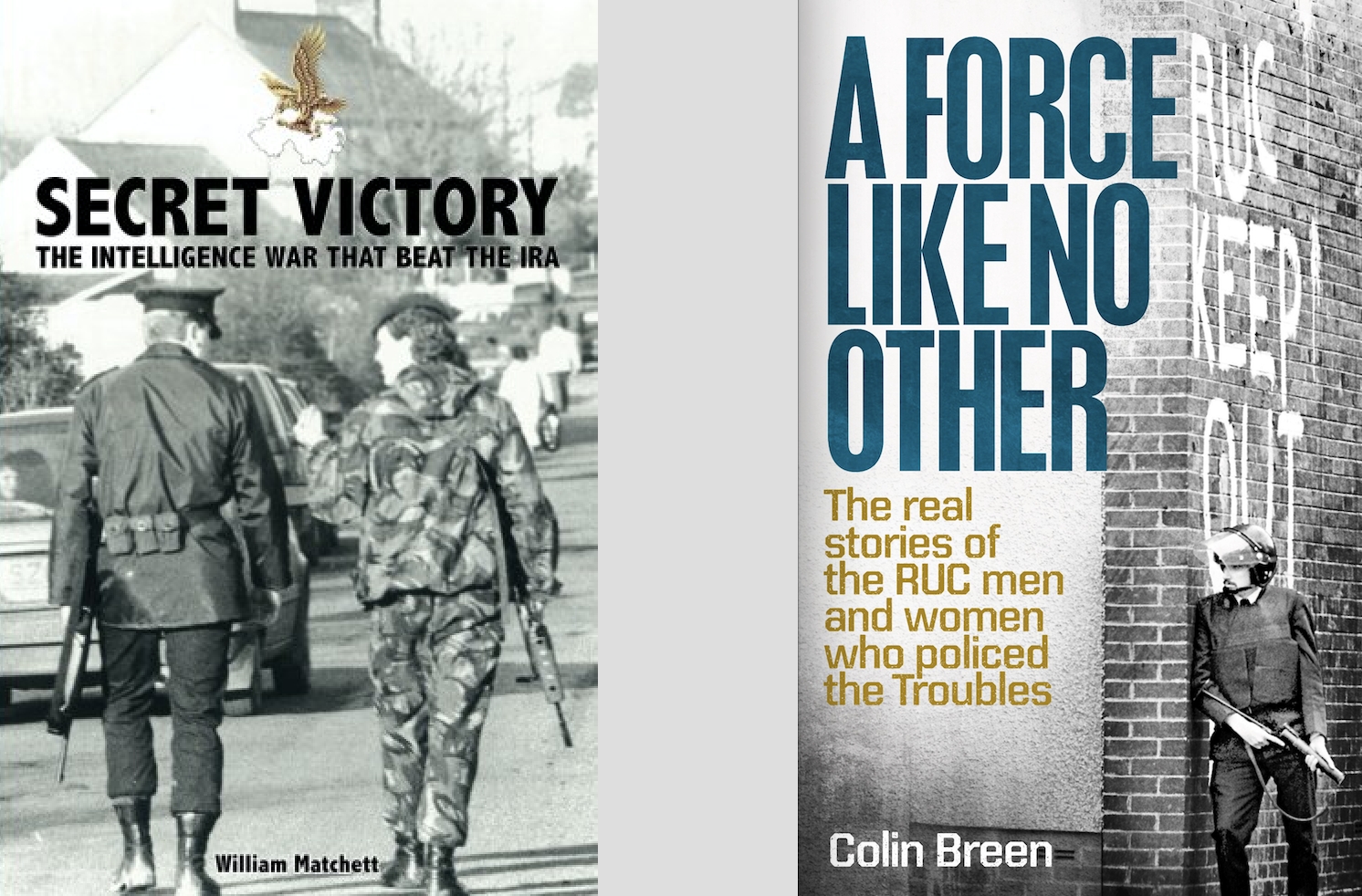 Interpol named Northern Ireland the most dangerous place in the world to be a police officer in 1983. Two fairly recent and enlightening accounts written by former members of the Royal Ulster Constabulary (RUC) offer insight into this “dangerous place” during a time that came to be known as “The Troubles.”

Colin Breen’s A Force Like No Other – The Real Stories of the RUC Men and Women Who Policed the Troubles and William Matchett’s Secret Victory – The Intelligence War that Beat the IRA provide dramatic accounts of the experience of police, who were adapting to a counterinsurgency role, in a civil and democratic society.

Secret Victory focuses on the role the RUC’s Special Branch (intelligence services) played in defeating the terrorist organizations. He argues “The Troubles” might have ended decades earlier if the British government had not initially given the British Army the primary role in the counterinsurgency. Westminster placed the military in charge of intelligence gathering, strategy and tactics. This relegated the police to a support role. It was only after the military approach was found to be legitimizing the IRA’s violence — and a loss of both protestant and catholic community support for the rule of law (as represented by the police) — that the RUC’s Special Branch regained its footing.

One can quite easily accept Matchett’s thesis: army primacy in a civil uprising removes the community from the crucial feeling of having a role in seeing an end to the violence. Rather, as Matchett suggests, only a civil police authority, which is supported by the courts and whose ranks come from the community, can put the community at the forefront of defeating terrorist violence.

Meanwhile, A Force Like No Other presents the uniformed experience of policing the violence in Northern Ireland from the late 1960s to the late 1990s. Breen presents a collection of frontline RUC members who recall the frightening, exhilarating, mundane and bizarre events of their service.

What Canadian police members will find interesting is how these accounts of the uniformed RUC members on patrol are so similar to the Canadian experience. At the same time, the RUC carried out these seemingly normal duties in the face of landmines, rocket attacks of police stations, snipers and targeted assassinations of police and their families.

Stories in A Force Like No Other each begin as if they were told by an RCMP member or a municipal police constable in Canada. However, they quickly take on a surreal form when you are reminded that responding to a common “break-and-enter” required three police officers to a car — one to drive, one to investigate and one to provide lethal over-watch for the other two. Merely deciding what route to take to a complaint required detailed intelligence and planning for entry and egress. Even though I had family and a very close friend who served in the RUC during these times, and I myself have been on a patrol with the RUC in the 90s, I was shocked at what the real, day-to-day life was like policing the streets of Ulster.

Both of these books reward readers with a new appreciation for their colleagues in the RUC, now known at the Police Service of Northern Ireland. Readers will also appreciate the critical role police primacy can and should play in an anti-terrorist campaign.

These books also leave you with an overwhelming sense of admiration for the people of Ulster. Only a society that is uncommonly resilient, in which the vast majority of people share a common and deep moral compass in spite of different religious and cultural back-grounds, is capable of surviving such carnage and remaining committed to democracy and tolerance.

– INSP. GIBSON J. GLAVIN, RCMP, RETIRED
(Glavin served with the RCMP for over 31 years. He is a public policy consultant.)

Related
Intelligence gathering
Drones and urban counter-terrorism
A salute to Const. Michael Chernyk & all LEOs in the face of terror
To Guard My People by Jack Templeman