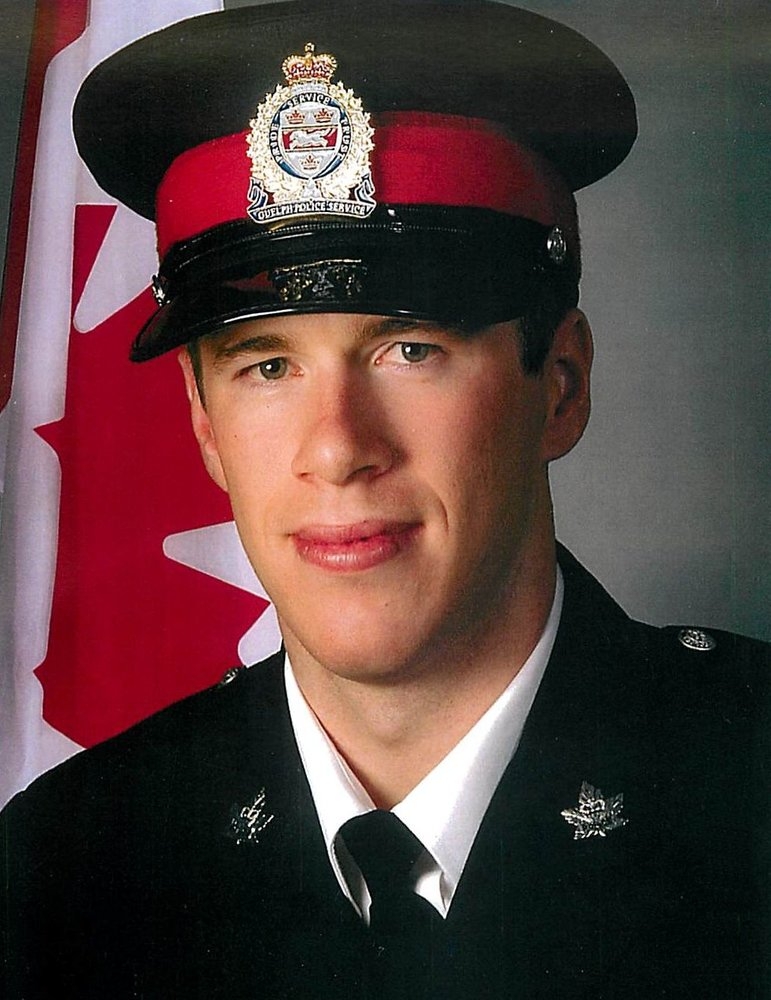 “Jason was one of those unique individuals, so full of life and spirit,” said Woodstock Police Chief Bill Renton. “He had the most infectious, loud laugh and persona. You certainly knew when he was in the building.”

Geerts’ upbeat and positive attitude was evident in every aspect of his life. He will be remembered for the passion and dedication he had towards his job in policing and serving his community.

More importantly, he will be remembered as a husband to his wife of nine years, Brandie, and as a father to his two sons, Ethan and Brody, ages seven and six respectively.

“I got to know Jason on a more personal level,” Renton said. “It was quickly evident that he wasn’t just an amazing copper, but an incredible, dedicated father, husband, son, sibling, and friend to many people.”

Geerts was surrounded by his closest friends and family when he passed away, according to Guelph Police Service, which was the service where his career started.

After seven years in Guelph, Geerts made his move to Woodstock in May 2015 to be closer to his family. He was also a member of the Canadian Forces Naval Reserve for 12 years before retiring in 2014.

He was promoted to detective in 2016, just before receiving his ALS diagnosis.

A funeral service was held at East Elgin Community Complex in Aylmer, Ont. on March 16. Hundreds of police officers and community members were in attendance to share their memories and to pay their condolences.

“He’s going to be missed by many,” Renton continued. “Just the [funeral] service alone is a true testament to the depth of the love and respect he had from so many people.”

Many police departments throughout the region shared messages of support to the Geerts family and to the Woodstock Police Service through social media and the Guelph Police Service lowered their flag to half-mast in his honour.