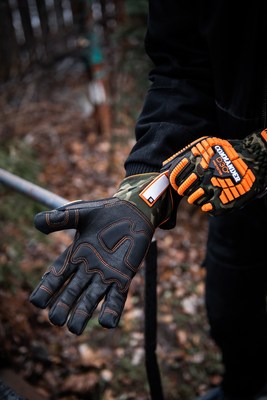 Watson Gloves is donating partial proceeds from the sale of two new products to Wounded Warrior Canada in recognition of the contributions of first responders and veterans. The two newly created styles of performance gloves, Shock Trooper and Commander, both offer impact, oil and cut resistance, according to the company. They are gloves for those that work on the frontline and are available for purchase instore or online at amazon.ca.

“However, manufacturers creating supplies for the war efforts needed quality hand protection. It was challenging for Watson to find young workers throughout the wars to help make gloves as many were off to fight, but older men and women filled the positions until the boys got back,” the company notes. “John Watson promised their jobs would be there. One hundred and one years later Watson Gloves remember our veterans who fought for our country. Watson remembers where their company began, and how they got to where they are today.”

“We thank all of you that make our lives safe and protect us”, says Martin Moore, president of Watson Gloves.

Scott Maxwell, executive director of Wounded Warriors Canada, adds, “We have created an innovative approach to mental healthcare that uses clinical best practices and evidence informed care to create an environment of compassion, resiliency and hope for Canada’s ill and injured Veterans, First Responders and their families. Our life-changing programs would simply not be possible without the support from caring and compassionate Canadians and Canadian businesses like Watson Gloves.”