As one of Canada’s largest metropolitan areas, Vancouver is a popular destination for new immigrants to the country. And it’s no wonder, given its wealth of natural beauty, cosmopolitan appeal and multicultural background. As of 2011, the National Household Survey by Statistics Canada found that Vancouver was home to 913,310 immigrants, with over 155,125 newcomers having arrived between 2006-2011. 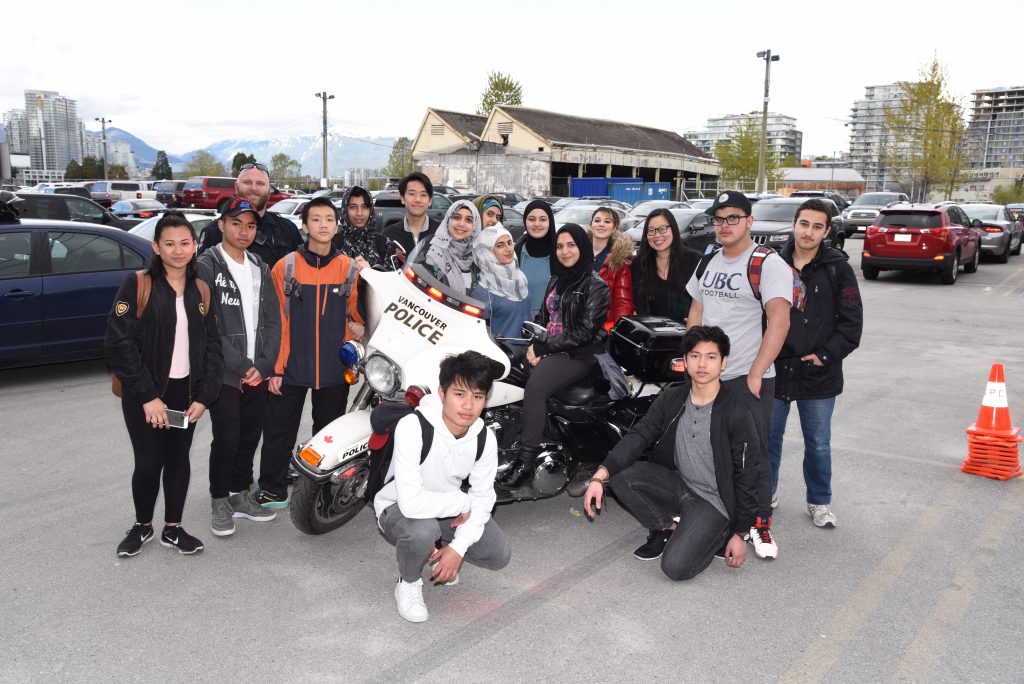 In recent years, the number of newcomers in Vancouver has increased further still, as a result of the national response to the devastating humanitarian crisis in Syria. Canada made a commitment to increase the number of Government-Assisted Refugees (GARs) accepted into the country from Syria and has also developed an international reputation as a safe haven for asylum seekers. In British Columbia alone, over 3,600 refugees were resettled between November 4, 2015, and December 31, 2016. The majority of them passed through Vancouver as part of the Resettlement Assistance Program (RAP) at the Immigrant Services Society of British Columbia (ISS of B.C.) Welcome Centre.

Given this influx — and the fact immigrants account for approximately 40 per cent of the total population in Vancouver — the Vancouver Police Department (VPD) has been working to develop innovative policing strategies and programming to help them feel safe, welcome and secure.

Policing 101
Most GARs spend their first few weeks in Canada at the purpose-built Welcome Centre in Vancouver. Here they are provided with all requisite services prior to settlement, such as temporary housing, primary health care, trauma and counselling, employment, English language classes, childcare and more.

During the first week of orientation at this centre, designated police members provide informal “Policing 101” presentations so newcomers may better understand the rights, roles and responsibilities of civilians and police officers alike. This unique program was developed by the Diversity and Indigenous Relations Section (DIRS) at VPD and implemented as a way to ensure attendees are equipped with the support and knowledge necessary to successfully integrate into Canadian society.

Given that newcomers may be coming from countries where police are corrupt and/or violent, common misconceptions about policing practices are discussed and officers elaborate on the distinction between policing agencies and military, political and religious groups/agencies.

As a result of this initiative, newcomers are able to gain greater insight into their rights and freedoms in Canada, as well as societal and legal expectations with regards to attitudes, behaviours and conduct. Participants are also given the opportunity to ask clarifying questions of the police members (translators are on hand) and additional topics covered may include: gender rights and equality, cultural stereotypes and/or bias, domestic violence, family services, assault, drugs, exploitation in the work force, tenancy rights, transit and many others.

In addition to the “Policing 101” presentations, the DIRS from VPD provides ongoing outreach and support services to individuals and families accessing services at the Welcome Centre. Once a week, DIRS constables also host open office sessions so that newcomers may ask questions and become more comfortable with police members as they get to know them better.

New Kids Youth Police Academy
Besides the partnership with the ISS of B.C., DIRS works closely with the Vancouver School Board to deliver a specialized crime prevention program with new immigrant youth, which is funded by the Civil Forfeiture Office and the Vancouver Police Foundation. This program, the New Kids Youth Police Academy, was started in 2015 as a way to address the criminogenic risk factors faced by this vulnerable population and to deter individuals from becoming involved and/or recruited into gang activity.

Youth are referred to the program through settlement and youth workers in the Engaged Immigrant Youth Program at the school board and each cohort consists of 15-20 newcomer participants in grades 10 through 12.

Students then engage with different members across the broad spectrum of policing by participating in fun, social activities. By doing so, police mentors are able to forge meaningful connections and relationships with newcomer youth in order to provide on-going support during their transition into Canadian culture and society.

Designed and implemented as a way in which immigrant youth can forge a new sense of identity and belonging in Canada, the New Kids Youth Police Academy also focuses on education and awareness through ongoing mentorship, self-empowerment and community leadership development. The Academy entered its fifth cohort in Fall 2017 and many past participants have expressed a change in perspective when examining policing in Canada versus other countries around the world. Many of the youth told officers their knowledge of policing in their home countries was non-existent. Others said they had experienced limited police interaction, or had a negative experience, with corruption and violence the expected outcome of any such interaction. The newcomer participants relayed they now understand policing in Vancouver to be “an honest and compassionate profession”, whereby citizens are treated with respect, dignity and integrity, and their rights upheld and protected.

In addition to learning about the VPD, the alumni participants are provided with the opportunity to positively engage with their community and share their newfound knowledge. Past alumni have worked with program staff to develop a video project and community workshop to educate newcomer communities regarding the purpose and function of policing in Vancouver. Alumni were able to work on personal development and leadership skills, while developing their public speaking and presentation abilities. Future alumni from the New Kids Youth Police Academy will continue to engage with police mentors and participate in personal skills development workshops conducted in collaboration between the VPD and the school board.

As the residents of Vancouver grow and evolve, so, too will the work of DIRS, and with new initiatives like the New Kids Youth Police Academy and “Policing 101” workshops, this section continues to introduce policing strategies for an increasingly diverse and multicultural population.

Kimberly Wong is the program administrator/referral co-ordinator of the Youth Services Section, Vancouver Police Department. Reach her at kimberly.wong@vpd.ca.
Print this page