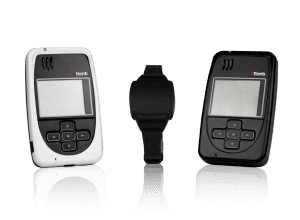 COVID-19 has shed light on the ongoing issue of domestic violence in Canada. Stay-at-home orders, intended to protect the public and prevent widespread infection became commonplace, but left many Intimate Partner Violence (IPV) victims trapped with their abusers and subject to increased daily exposure to violence. Social distancing and isolation also meant victims had less access to the support of friends and family, and reduced availability to health care resources.

International research has documented a significant increase in domestic violence and child abuse during crises such as the current pandemic. The World Health Organization (WHO) has identified domestic violence as a major global public health concern that affects millions of people and can result in immediate and long-lasting health, social and economic consequences. According to WHO, every six days, a woman is killed by an intimate partner (note: domestic violence is not limited to women).

The Canadian government also lists violence against women and children as one of the most significant societal issues endangering Canadians’ health and well-being, and said COVID-19 has made these problems more severe. A recent Statistics Canada analysis of data collected from 17 police forces across the country shows that calls related to domestic disturbances (which could involve anything from a verbal quarrel to reports of violence) rose by almost 12 per cent between March and June of 2020 compared to the same four months in 2019. Canada’s Assaulted Women’s Helpline also reported 51,299 calls between April 1 and Sept. 30 (the centre compared to 24,010 in the same time in 2019) and received 20,334 calls between Sept. 1 and Dec. 31, 2020, compared to 12,352 over the same period the previous year.

“It’s very disturbing to know that there are so many women who are in this really precarious situation,” said Yvonne Harding, manager of resource development at the Canada’s Assaulted Women’s Hotline. “There may have been limited support for them beforehand, but at least they had outlets. [When] everything closed overnight, our crisis lines lit up.”

It allows for real-time tracking of the aggressors location according to pre-defined zones and proximity to the victim, multiple layers of security around the victim at all times and constant supervision at the monitoring centre.

Coinciding with this recent uptick in cases, Prod360 Inc., a Canadian company who works to provide specialized equipment for military and police, recently began advocating for and providing domestic violence GPS/RF precision location tracking/monitoring in Canada.

“When the victims have the courage to go to the police and, in some cases, testify in court, it should be up to the community to protect her,” said Stephane Girard, president of Prod360. “A restrictive order without a solution to control or act quickly is simply not enough.”

Attenti, an electronic monitoring company, was the first in the world to develop a technology-based solution to protect victims of IPV. The company’s 360 degree solution integrates bespoke technology (hardware and software) and has monitoring centres staffed by real people specifically trained to deal with DV situations.

Previously, solutions to domestic violence were limited to emergency lines, shelters, safe houses, restriction orders, police escorts, aggressor imprisonment (non-technology solutions) and/or panic buttons, reverse tagging and aggressor monitoring (technology-driven solutions). Seeing this gap, Attenti developed a bi-lateral system which continues to robustly monitor the offender with the goal of empowering victims by allowing them to heal by returning to daily routines without fear of violence or the potential to encounter their abuser. Girard also asserts this will make policing these matters much easier.

“When perpetrators know they are being traced, they are less likely to take risks to break conditions. This means police will have to conduct fewer interventions and be able to focus on other important matters,” he said. “It also aims police with relevant information so if the perpetrator breaks the perimeter conditions, law enforcement has a better chance of arriving before a crime occurs. It’s not a magic solution but will definitively make a perpetrator think twice.”

It allows for real-time tracking of the aggressors location according to pre-defined zones and proximity to the victim, multiple layers of security around the victim at all times and constant supervision at the monitoring centre. Should there be violations, the technology immediately sends an alert notification to multiple stakeholders and authorities, easing the work of police.

To discuss the impacts of domestic violence Blue Line is partnering with Prod360 to present a webinar on domestic violence on May 5. If interested in learning more about the technology, visit www.prod360.ca and/or www. attentigroup.com.