Staff Supt. Peter Yuen, Supt. Barbara McLean, and Insp. Shawna Coxon are the new deputy chiefs at Toronto Police Service, after a national search was conducted by the board. They “all bring the skills and experience necessary to further the modernization of the service,” TPS said in a news release. 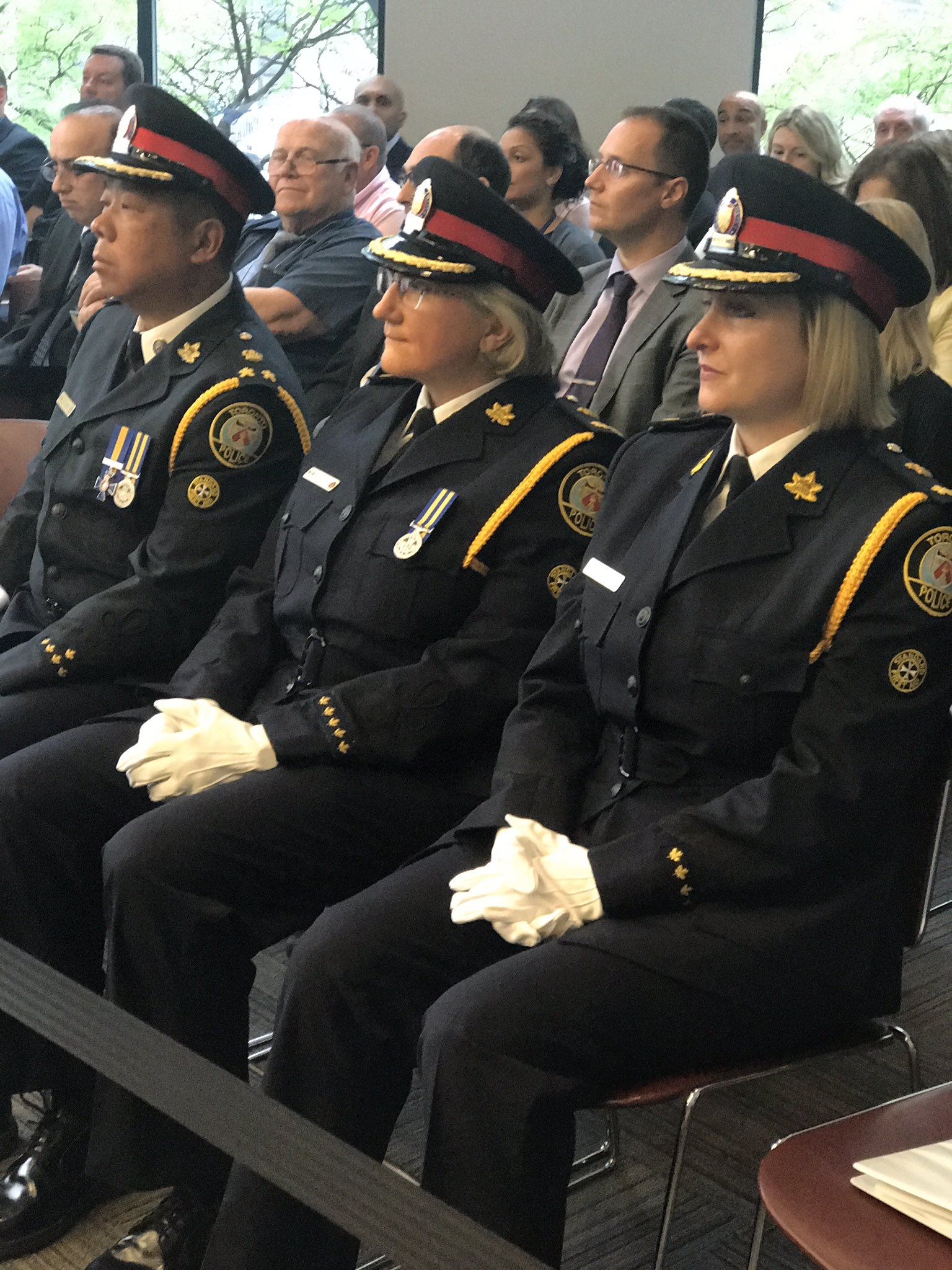 “I have had the pleasure of working with each of these members throughout my career,” said Chief of Police Mark Saunders. “Collectively, they bring innovation, diversity, and leadership to my command team. I am excited for the future of the Toronto Police Service and the City of Toronto.”

Yuen has been a member of the TPS for 30 years. His career has included time as unit commander of several divisions, a trainer at the college and as an investigator of organized crime. TPS says he is best known for his expertise in the area of Asian organized crime and for leading the resurrection of the Community Police Academy. He currently serves as senior advisor to the East & South Asian Internal Support Networks.

McLean has been a member of TPS for 28 years. She has past experience as unit commander of the Toronto Police College and as a domestic violence and sexual assault investigator. She volunteers with Mothers Against Drunk Driving and WindReach Farm, and is the founder and current senior advisor of the Service’s LGBTQ Internal Support Network.

Coxon has been a member of the TPS for 20 years, spending time as a frontline police officer/supervisor, holding numerous investigative roles including a professional standards investigator and as a human rights advocate. She is best known for her work implementing the CyberCrime team, the Service’s Internal Support Networks, and for organizing the first police-led Racially-Biased Policing Conference, according to TPS. She has been an adjunct professor for more than a decade and recently attended the Governor General’s Leadership Conference.