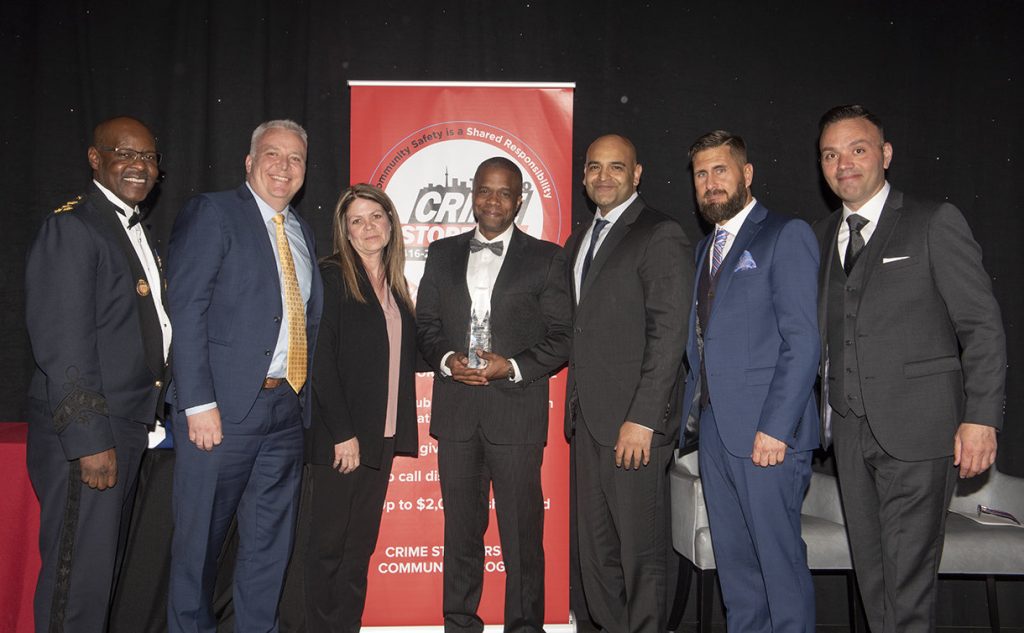 On May 8, 2019 Toronto Crime Stoppers hosted their 23rd Chief of Police Dinner in honour of Toronto Police Chief Mark Saunders at the Liberty Grand Entertainment Complex and revealed additional initiatives and partnerships. This year also marks a significant milestone for Toronto Crime Stoppers, as the program celebrates its 35th year of providing Toronto with an anonymous platform to report crime. This unique program has proven time and time again to be helpful in combating criminal activity and holding those who have committed crime accountable for their actions.

Crime Stoppers is a not-for-profit community-based organization that is operated and governed by a group of volunteers from the community who make up the board of directors and are responsible for all decisions related to tipster rewards, program operations, fundraising initiatives and promotional awareness programs.

Everything Crime Stoppers has done and continues to do since their inception could not be accomplished without the support and the continued partnership of the Toronto Police Service, media partners, and most importantly, the citizens of Toronto and corporate sponsors; most of whom were in attendance last week.

As I look back on my last 17 years with Toronto Crime Stoppers, it is encouraging to see how it has evolved and advanced from a “reactive program,” where a crime occurs and we work to generate tips to identify the offender – like a “who did it” – to a “proactive program,” where we are creating enhanced community awareness campaigns, engaging our schools and students and providing education sessions to citizens with a message of “if you see something suspicious or know a crime is about to occur” to call Crime Stoppers so we can work with our police partners to provide an intervention and prevent that crime from even occurring. It is for all these reasons that Toronto Crime Stoppers has become and remains a global leader in the Crime Stoppers community.

What I am most proud of is the commitment and dedication of those involved with our program who give freely of their time and work tirelessly to improve the safety of our city for an enhanced quality of life for the citizens of Toronto.

Also in attendance were alumni of the program, including several members who helped create the first Toronto program back in 1984; Retired Staff Supt. Clark Winter and Supt. Gary Grant (who also is the program’s founder and past chair), original founding board members Cal Millar and Morris Leider, former board member Leslie Wagner, and former Crime Stoppers police co-ordinators Sgt. Jeff Zammit and Sgt. Chris Scherk (both received the Crime Stoppers International Police Co-ordinator of the Year Award over their tenures).

The best way to honour history is to keep making it – so as we celebrate our successes over the last 35 years – we remain focused and forward-thinking to actively build on new programs and partnerships to secure the safety of our community’s future.
In the coming weeks and months, we will be announcing additional initiatives and partnerships in our effort to mobilize the community, to help build trust and break the code of silence when it comes to crime and unreported criminal activity.
Such initiatives like our recently launched SecureDrop portal, which is built into our website by the team at Cellflare to allow us to assist our police partners address the problem of cybercrime by providing inside cyber tipsters with the most secure and anonymous means to submit information.

And we are currently developing a significant awareness campaign to bring attention to the growing issue of gun violence with our work with the creative team at DDB Toronto. We are also looking forward to a future partnership with The Community Agency in our on-going efforts to bring enhanced brand awareness to Crime Stoppers.

We are also developing a new partnership with the BOLO program to leverage social media and technology to support police in their communication efforts to Canadians, asking them to be on the lookout for Canada’s most wanted, and further encourage citizens to submit anonymous tips on these individuals.

And finally, we will be growing our partnership with Uber to further educate and mobilize their network of drivers to report suspicious activity. This local partnership vision began here in Toronto in late 2017 and is now looked to from across the globe when it comes to answering the question of how to create a synergy of information gathering between Uber and Crime Stoppers.

In front of an attendance of more than 400 people, several recognition awards were handed out at the dinner:

The inaugural Gary Grant Media Award of Excellence was presented to City TV, who was the first media outlet in 1984 to partner with Crime Stoppers by creating weekly crime enactments to highlight wanted suspects.

The Bill Hancox Award of Excellence was presented to the Integrated Gun & Gang Task Force, which has demonstrated their commitment to the program by thoroughly investigating tips that come in, many that have resulted in countless arrests. In fact, in just the last two years, a number of firearms have been seized as a direct result of Crime Stoppers tips.

Community safety is a shared responsibility. We must all work together to make a difference in the prevention of crime and enhance the overall safety of our community. 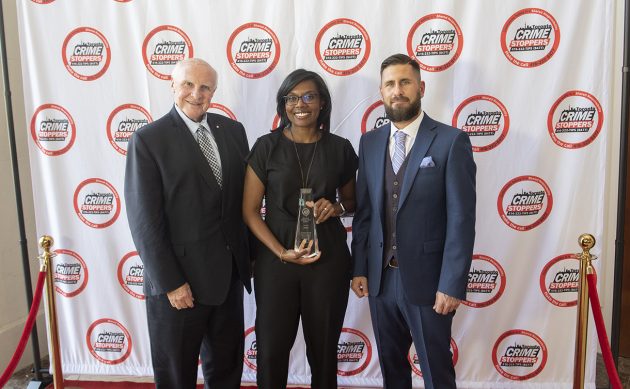 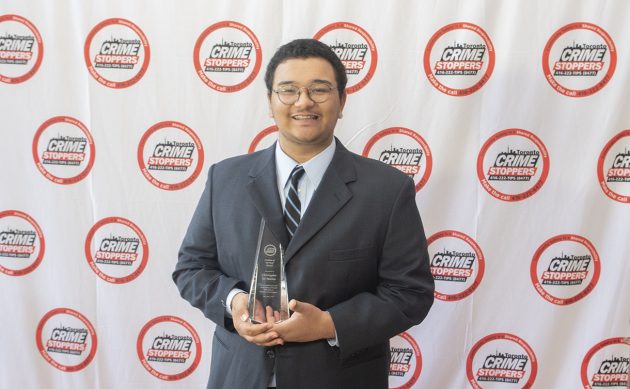 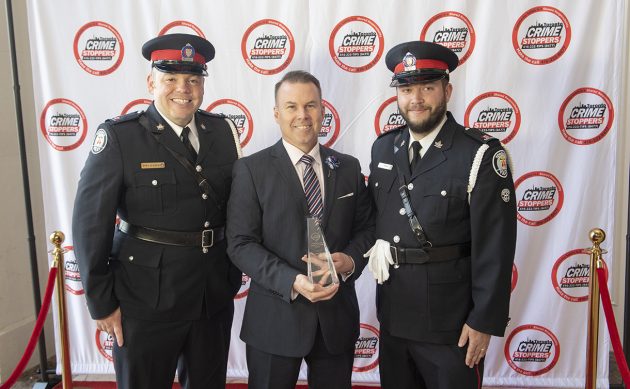 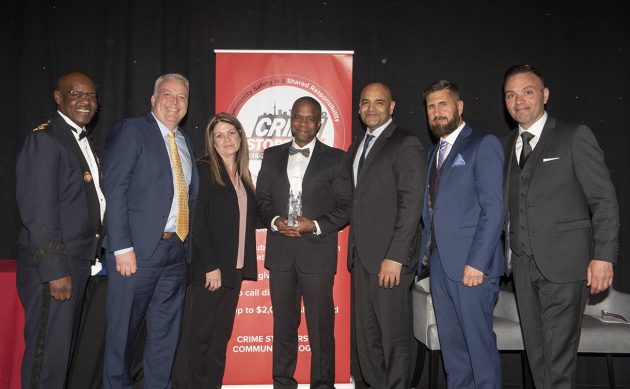