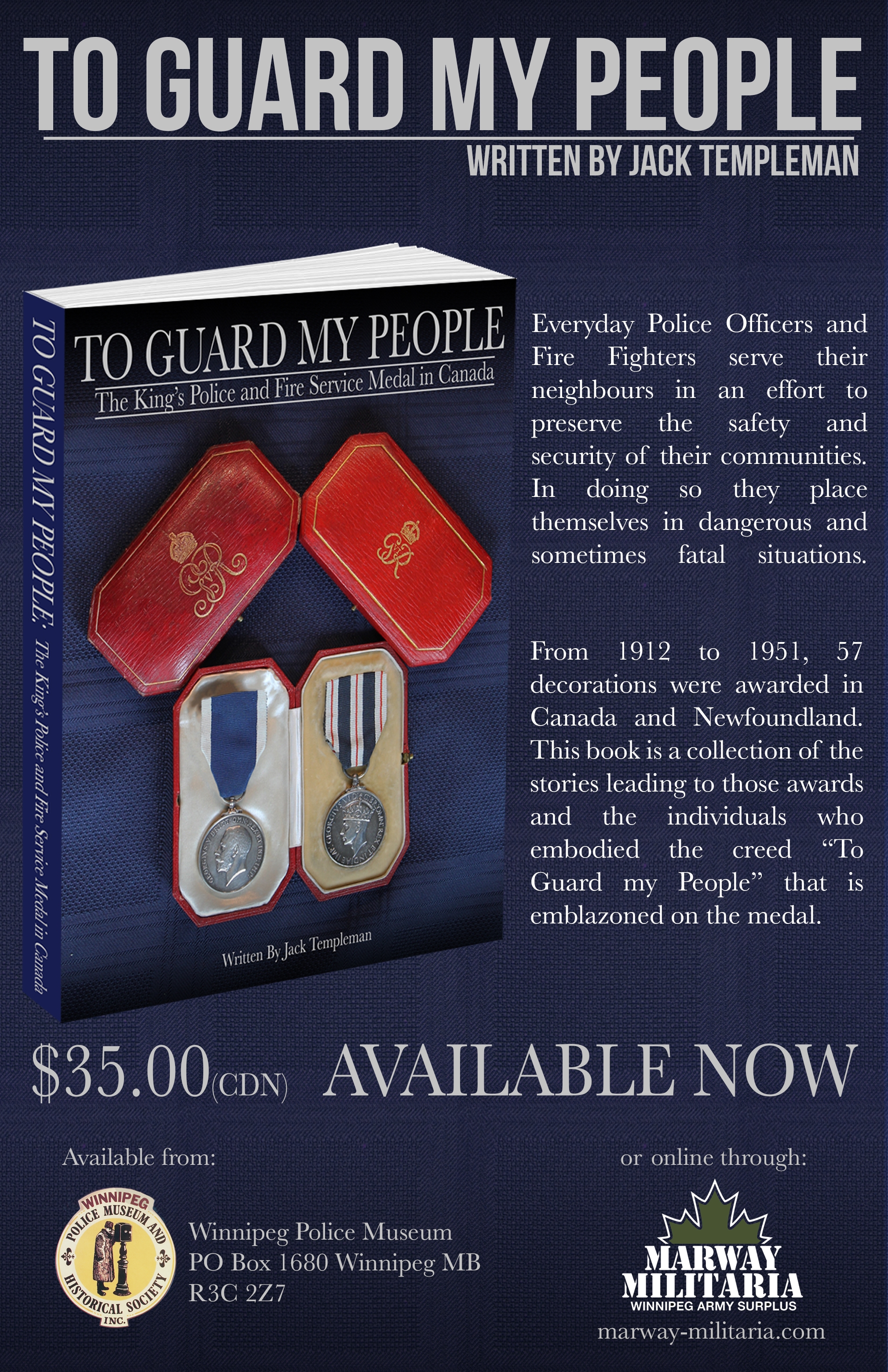 The last significant contribution to a general understanding of the King’s Police and Fire Services Medal (KPFSM) was a 1995 book by Australian author Peter Farmery. But where Farmery’s research looked at the wider scope of all recipients in the Commonwealth, retired Winnipeg Police Service S/Sgt. Jack Templeman’s new contribution to this field, To Guard My People – The King’s Police and Fire Service Medal in Canada, focuses solely on Canadian and (prior to 1949) Dominion of Newfoundland honourees.

This is a welcome addition to knowledge about the medal, which was issued between 1909 and 1954, and the circumstances that gave rise to the KPFSM being struck in the first place. It’s also perfect for Canada’s 150th anniversary.

The medal, issued as the Queen’s Police Medal (QPM) and the Queen’s Fire Service Medal (QFSM) since 1955, was the first official honour specifically awarded by the sovereign to police and firefighters in Canada and the rest of the Commonwealth. It was strongly felt at the time — in Canada and elsewhere — that police and fire services needed something to hasten their acceptance by citizens as a true profession, worthy of the public trust.

Clearly a work of great passion for the author, and the result of decades of research, Templeman’s book strikes a pleasing balance between a scholarly reference manual and a light book of historical short stories. It contains many fascinating acts of gallantry from across Canada. There is even a touch of scandal (as there often is in Canadian history) with the actions of some award recipients being of a rather dubious nature.

To Guard My People holds the reader’s interest well and contains a large number of rare photographs to supplement each story. It is filled with entertaining Canadian heroes and villains. Any police officer or firefighter — or any person interested in the history of first responders in Canada — will enjoy it.