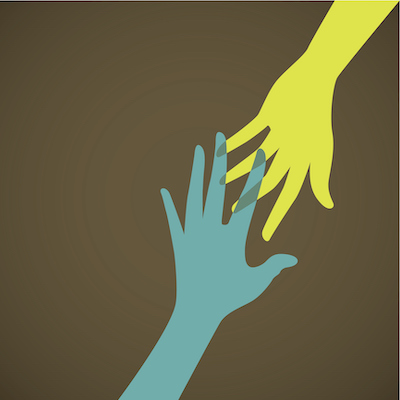 Tragically, suicide is something that many first responder agencies have been faced with recently, and I think it needs to be talked about. After every life-ending choice, there is always so much speculation as to why a person would make this decision. How could they leave behind their family, friends, or children? I cannot speak for circumstances surrounding another person’s life-ending decision, but I can speak about my experience and the ripple effect of my mother’s decision to take her own life by suicide 25 years ago. Perhaps my journey through the stages of grief can help shed some light on some of those unanswered questions for people struggling to understand how another person could make a choice to die by their own hands.

My mother and father were going through a marriage breakup after 25 years together and she was overcome with despair at the loss of her marriage. After any death there are many stages of grief. After suicide, the first stage usually appears to blame. Naturally when trying to analyze their choice in a time of grief, blame is an easy way to do this. I blamed my father for breaking my mother’s heart and myself for ignoring the warning signs.

Not everyone that choses to end their life displays warning signs, but my mother did. She struggled with depression for a long time and made passive suicidal comments. Even though comments had been made, losing my mother to suicide at 21 is not something I had ever fathomed. One of the last things my mother said to me was, “Things would be easier if I died.” My response to her, as a 21-year-old university student, was: “Mom, don’t be dumb!”

Unfortunately, that is one of the last things that I ever said to my mother. I blamed myself for that for a long period of time — for not taking that comment seriously. After therapy, a psychology degree, training and most importantly time, I’ve come to realize it was not my fault. I have also learned that my mom likely did believe that her life would be better if she was no longer living. This life-ending decision was the only thing that made sense to her at the time to stop the pain she was feeling.

There were so many questions I did not have answers too. When my mom made her decision, was she not thinking about me? Where was I going to live? Who was going to tell me if I was picking a good life partner? Who was going to go wedding dress shopping with me? Who was going to be there for me when I had my first baby and I needed advice on how to make him stop crying? What was I going say to my kids when they asked where their grandmother was?

The last question was a particularly tough one for me to work through. To me, it made perfect sense to tell my kids that my mother had died of a broken heart. That of course changed as they got older and started asking more questions. The hard question I was dreading came up on our way to my in-laws for Christmas dinner. As Christmas is a time to spend with your family, they were excited to see their grandparents and then made a comment about being sad they never got to meet my mother.

“Mommy, how does someone die of a broken heart anyway?” my 8-year-old asked.

I figured if he was old enough to ask this type of question then perhaps he was old enough to hear the truth. I proceeded to tell our two boys their grandmother was so sad that she just did not know how to live any longer, and she decided to take her own life. This was such a heavy answer and I was not sure how this was going to be processed. There was silence from the backseat for a bit and then I heard, “Did she not think about us?”

This question shook both my husband and me. It really made me reflect.

“No, unfortunately, she did not think about you. However, if she had been able too, I know that she would not have ended her life,” I said. That seemed to make sense and appease any further questions.

Due to the increase in first responders’ suicides lately (three within the past three weeks alone), I have had many people asking me how a person could take their own life. I do not know if there is a correct answer for that… However, I think that my 8-year-old summed up the situation well. Unfortunately, when somebody is in such despair they do not think about anything or anyone except wanting the pain to stop. I do not call myself an expert on suicide by any means, but I have had a lot of time to process my own experience.

Unfortunately, a person in that state of despair is not able to see that if help is received, they would likely go on to live a healthy, happy life, one that will could be filled with celebrations, family, friends, love and many other great moments. They are also not able to see the scars on the people they are leaving behind on their family, friends or colleagues. Scars that will never heal. The scars will fade but there will be reminders of the pain. I am sure if my mother knew how much long-term pain she would cause others, she would not have made the choice she did.

To most people, suicide is not logical. To a person who has lost the ability to see past their sorrow — sometimes referred to as a tunnel of despair — suicide is logical. Suicide is such a profound loss and we need to continue to support each other through these losses.

It is also imperative we are watchful of our family, friends and co-workers for any signs of suicide. If you feel that a person may be showing signs of suicide, please speak up. Ask them directly if they are thinking about taking their life. If a person is suicidal, this action demonstrates that you care and can start a conversation. If you are not comfortable with asking this question, please find someone that is.

Please don’t ever lose H.O.P.E. (aka “Hang On, Pain Ends”). You never know the joys the future could bring.

Jen Thompson has been employed as a civilian member of York Regional Police since 2001. Her career path led her into a variety of roles including records, station duty operator, crime analysis and currently as the early intervention analyst within the Peer Support Unit.