Features
The impersonation of police officers 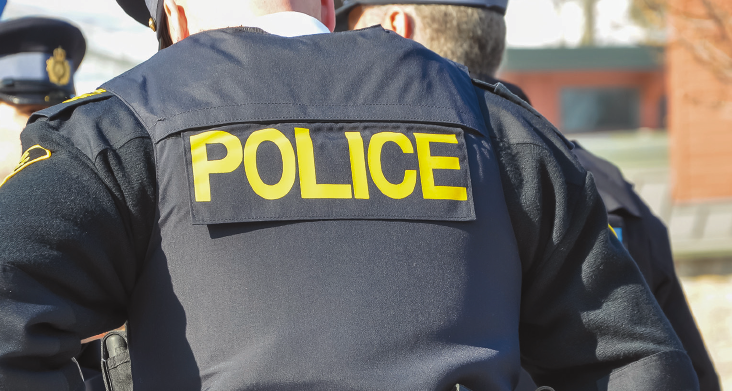 Despite the fact that there are many reasons why an individual would want to impersonate a police officer, there has been relatively little research into this area. We all know of cases where individuals pretend to be law enforcement officers in order to sexually assault women or children, rob banks, perpetrate a home invasion, steal drugs, or — as in one case in the United States — get into the front queue of a lineup to buy the soon-to-be released, updated version of Grand Theft Auto.

There have been tragic events where an individual will masquerade as a police officer in order to commit mass murder. In July 2011, a man dressed as a tactical officer wandered among a group of teens and young adults at a youth camp in Norway, shooting and killing more than 80 individuals. Earlier this year in Nova Scotia, a man posed as a police officer and committed multiple shootings and set multiple fires, resulting in the deaths of 22 individuals before he was shot dead. Even the perpetrators of 1929 Valentine’s Day massacre in Chicago executed nine members of an opposing gang while dressed as police officers.

What about the wannabes – those who may drive cars equipped with police-style emergency lights, wear police uniforms and carry fake police badges or obsolete badges obtained from online auction sites as collectables? A few times a year, as a member of the Threat and Behavioural Analysis Team of the OPP’s Criminal Behaviour Analysis Section, we are asked to conduct threat assessments on these individuals. Some of them are familiar to us as repeat police impersonators. This year, thus far, there have been three separate and unrelated occurrences in the province and two were repeat posers.

Case Study
Mr. AB is 28-year-old married man who has been arrested multiple times over the past 10 years for personation of police and assaulting police. Although he has limited financial resources, he has spent a great deal of time and money in purchasing and outfitting his car with police equipment. Banned from owning firearms by his wife, who has not objected to the modification of the family vehicle and the purchase of a Crown Victoria, he legally obtained two registered handguns under her name. Mr. AB spends time “patrolling” his neighbourhood and the highway and occasionally reports incidents that he has witnessed. He lied about his background as it relates to obtaining police training and education, and his affiliation as an auxiliary member of the RCMP. When police have cautioned him for personation of a police officer, or held him accountable to highway traffic laws prohibiting his use of police lights or speeding, it repeatedly resulted in a spontaneous hostile response in which he denied or minimized his actions. He will question the police’s authority by demanding to see their badge and warrant card, and by questioning their interpretation of the law. On other occasions he justifies his behaviour by stating his actions are not illegal, that he admires the RCMP and only wants to assist them.

Rennison and Dodge (2012) stated that many of the police wannabees were enticed by the lure of authority and ego enhancement — whether it was to impress a girlfriend or to gain an upper hand during a confrontation in an argument with a stranger.(1) There have been documented incidents in Canada when the wannabes have pulled over an off-duty officer, or where other officers stop to assist only to find out that the person they are assisting is not a police officer. About 10 years ago, a woman pulled over an individual, claimed to be a police officer and stated that the person could pay his fine immediately. It was security cameras at an ATM machine that led to her arrest.

For the most part the wannabees are insecure, power seeking individuals who are not mass murderers, but when encountered they may have the potential to act out violently as a result of their narcissistic bubble being burst by the real police.

To some of these individuals, the uniform — or the symbols of the uniform (badges) — offers a mystique that represents power. In my professional opinion, it is a variant of what is now called stolen valour. Stolen valour is a relatively new term describing what is likely centuries-old behaviour. According to a recent article in the New Yorker magazine, (2) when Walter Washington Williams, thought to be the last surviving veteran of the Confederate Army, died in 1959, President Eisenhower called for a national day of mourning. It turned out that Williams had fabricated his service and that the second-longest-surviving Confederate soldier probably had, too. In fact, according what one Civil War historian has recorded, “every one of the last dozen recognized Confederates was bogus.”

It is unknown as to how many of the traffic stops perpetrated by wannabes occur. Some citizens may not be aware the person is not really a law enforcement officer. When in doubt they should call the police to double check to see whether they have been legitimately pulled over if there is something about the demeanor or the uniform that makes them suspicious.

How can we make it more difficult for the police wannabes or the impersonators whose motivation is to commit violent crime? In the United Kingdom, it is against the law to sell police uniforms and police equipment for vehicles is illegal because the sale of those items can facilitate police impersonation.

For the most part the wannabees are insecure, power seeking individuals who are not mass murderers, but when encountered they may have the potential to act out violently as a result of their narcissistic bubble being burst by the real police.
Be safe out there.