Features Back of the Book Opinion
The impending unionization of the RCMP: Impacts and outcomes

Federal legislation and the decision of the Supreme Court of Canada recognizing the right of RCMP officers to unionize will have a profound effect on labour relations between RCMP members, the government and the organization. It may also alter how police services are delivered across the country. 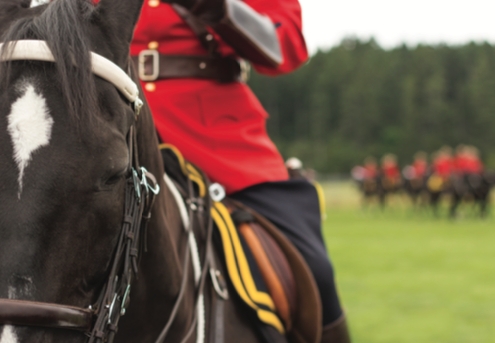 Key items likely to be on the bargaining table are salaries, working conditions and staffing levels. There will be a push to address the current wage disparity between RCMP members and their provincial and municipal counterparts. At present, this disparity is as high as 20 per cent.

Working conditions will also be on the table, informed by:

•    The experiences of the class action harassment suit by hundreds of current and former female RCMP officers,
•    The finding that the RCMP was guilty in not providing adequate equipment and training for officers in the incident in Moncton, N.B.,
•    And the finding that officers who assisted in the evacuation of Fort McMurray during the wildfires were not adequately equipped.

Issues that have remained unaddressed for years will be included in the labour negotiations.

The RCMP transfer policy, under which members and their families can be arbitrarily moved around the country to meet the needs of the force, may also be subject to bargaining. This policy often causes hardship for RCMP families and provisions in the labour agreement may give officers the right to challenge a transfer depending upon their circumstances.

Staffing, training, and resources will also be items for negotiation. Many RCMP detachments are understaffed and there are a considerable number of vacancies across the divisions. A notable example is Surrey, B.C., where the RCMP polices one of the fastest growing municipalities in Canada with far fewer officers than in comparable municipal jurisdictions.

Increased staffing will also be required in northern and remote detachments, where officers can go for months without a day off. In a departure from the tradition of RCMP officers working in single-officer patrol units, the union may push for two-officer cars in high demand/high-risk environments.

Agreements will also have to be negotiated to ensure RCMP members have timely access to training opportunities, which historically have been limited due to shortages of operational personnel.

The federal legislation requires one bargaining unit and that negotiations take place with the Treasury Board. The provinces and municipalities policed by the RCMP will be largely relegated to bystanders in these negotiations, their role being limited to paying the cost of whatever agreements are negotiated. And the costs will be substantial.

This may precipitate a reconsideration of current contracts with the RCMP and a move to independent police services over which the provinces and municipalities could exercise better fiscal control, governance and accountability.

The unionization of the RCMP is a significant development. Some impacts will be more immediate than others. Regardless, it represents a new and important phase in Canadian policing.

Curt Taylor Griffiths, PhD, is a professor and co-ordinator of the Police Studies Program with the School of Criminology at Simon Fraser University in British Columbia.
Print this page

Related
The impact of a line of duty death on the spouses
Attention to detail: the value in foot drill class
Monitoring firms assess the move to verified response
Q&A with the Policing Security Network, OPP