Features
The disconnect with use of force

As we all know, use of force, especially lethal force, in law enforcement has dramatically high costs — not only in lives and careers but also in public perception. Recent cases, such as with Robert Dziekański, Sammy Yatim and Abdirahman Abdi, have highlighted a disconnect between the standard officers are held to for use of force and the public’s response. 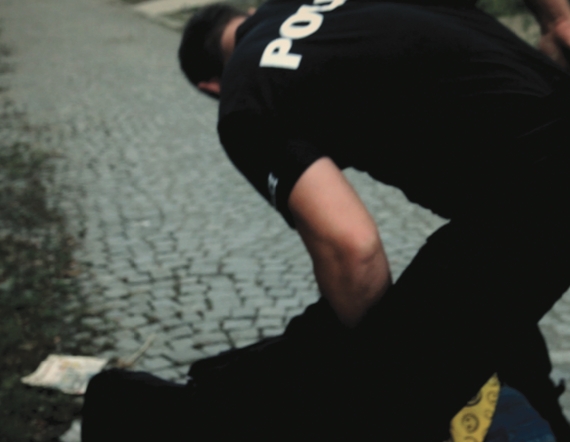 Effective policing relies on the public trust. Law enforcement officers are charged with the mandate to protect and serve, and when they identify threat in a moment of crisis, they have the responsibility to respond. However, if the public does not support their responses, even if they are legally found to be reasonable, police legitimacy is lost.

Legal precedent places the burden of guilt not on whether force was used — the evidence makes that clear — but whether the officer’s action was justified. In other words, if you were in the officer’s shoes, knowing what she knew, experiencing what she experienced, feeling what she felt, might you have discharged your firearm? The conundrum is how do we protect officers while preserving the public trust?

One possibility is to remind ourselves of the key place officer decision-making has in use-of-force situations. The ability to separate out those instances in which officers used force in ways that reflected good decision-making — rooted in training and in the principles of policing, for example — from those that did not would improve public buy-in and boost police legitimacy.

These four aspects, each of which should be constantly on an officer’s mind, highlight the environment the officer finds themselves in, the subject’s behaviour, the officer’s training and possible interventions.

The first stage mirrors the IMIM. In this stage the officer perceives, analyzes and evaluates the level of threat given the situation. He or she then formulates a survival response and initiates motor response.

The second stage follows survival reaction time and lasts from the moment the officer begins the motor response that he/she employs in response to a threat until he/she completes that motor response. What is missing in these tools is a way to understand and account for the content of the officer’s thought process. What does he/she perceive? How does he/she interpret his/her environment and the subject’s behaviours? What informs his/her sense of threat? What options does he/she consider? Which option does he/she choose? What makes that option the best?

These questions hint at the explanatory framework of the insight approach, which undergirds the communication and de-escalation strategy, Insight Policing. The insight approach explains that every action we take is linked to a regular and recurrent pattern in which we use our minds. The quality and character of our cognitive acts are highly variable, which accounts for the diversity of thoughts, actions and behaviours we encounter, but the pattern in which we come to them is the same.

It goes like this: we experience information from the world around us, interpret it to understand it, determine the significance of it, deliberate what to do in response, evaluate what we should do, and decide to do it. When we commit to a decision, we put it into action. When behaviours are stress-based, the insight approach identifies that the significance of what we have interpreted is felt as a threat, and that our response reaction is a fight, flight or freeze action taken to defend against it.3

The insight approach, following discoveries from neuroscience and psychology, suggests that our reactions under threat are often poor. This is because threat throws us into survival mode and shuts off our critical thinking capacity, leading us to act based on impulse.4 The problem is that critical thinking in moments of threat, while difficult and perhaps counter-intuitive, is essential to good decision making in law enforcement. In fact, the IMIM assumes sustained critical thinking under threat. In use of force cases, the insight approach can help us pay attention to and get curious about how an officer used his/her mind to decide to use force in order to unpack and analyze whether the decision was the most reasonable decision in the moment.

Take this example: a person is attacking an officer with an edged weapon — a situation that may legitimately warrant use of force. The DTIM’s two phases and the cognitive sequence of the insight approach demonstrate that reactions are based in small but significant time frames and that decisions to act are reassessed based on the actions within the encounter.

From the officer’s perspective, the officer first experiences the subject rapidly approaching with a raised hand holding a weapon. The officer interprets this as a potential lethal attack and registers the significance as a threat to her life. She considers the options and decides to step off the line of attack and draw her sidearm.

From the subject’s perspective, he experiences the officer drawing her sidearm, feels that his life is threatened, deliberates and evaluates his options and decides to drop the weapon.

The concept known as time framing explains that these reaction and movement times overlap and that once a person commits to an action there will be a period of time that it takes to stop that action after they experience the stimulus that leads them to stop that action.5

An alternate scenario might occur if, when the assailant observes the officer draw and aim the pistol, the assailant responds by turning away for protection. The officer begins another reaction time but cannot stop her movement from the last decision she made and continues to fire her pistol. The assailant is struck in the back as he turns away, which in the public domain looks illegitimate.

The insight approach would demonstrate that the officer made the decision to use the pistol while under attack, not after the assailant turned away— a decision that is in line with good decision-making in a crisis. The insight approach provides a perspective of the “in-the-moment thought process,” which is so crucial to assessing the officer’s actions in these situations.

All three models are utilized during each re-assessment in moments of crisis. The IMIM describes what the officer should consider during each reassessment, the DTIM describes the stages of reassessment, and the insight approach breaks the reaction process into a sequential thought process, providing greater guidance in understanding the decision-making of the officer, relating each step to what element of the IMIM was considered at which time.

As law enforcement grapples with how to close the gap between protecting officers who use force in citizen encounters and maintaining public legitimacy, we would do well to incorporate closer attention to officer decision-making in the moment.

We need to assess whether or not officers are responding based on impulse, bias and unfounded fear, or based on critical thinking and appropriate police training. The explanatory framework of the insight approach could help us do that.

Neil Munro retired as a sergeant from the Vancouver Police Department in 2015. He then started the master of arts program in conflict management at Royal Roads University where he was introduced to the insight approach. During his 33 years as a police officer he was assigned to patrol, emergency response (SWAT), drug squad, motorcycle patrol and was a control tactics instructor as well as a crisis negotiator.
Print this page