On an early Wednesday morning in April 2015, dispatchers at Metro
Vancouver Transit Police received a text message, “Going commercial between
Renfrew and commervial(sp) guy holding knife drunk. Plz send someone”. A man experiencing a drug-induced psychosis was threatening passengers with a knife. Officers immediately responded to the text and he was quickly apprehended.

This method of reporting was made possible by Transit Police’s texting program called Chatterbox. Launched in December 2013, the program allowed passengers to discretely report social disorder and criminal offences on the Metro Vancouver transit system without forgoing their own safety.

The origin of Transit Police’s texting program was conceived as part of a 2013 awareness campaign that focused on sexual offending on the transit system. Transit Police partnered with the Abbotsford Police Department to implement the program which consisted of an intermediary program that allowed the users of various wireless service providers to send and receive messages with Transit Police dispatchers. The number, 87-77-77, was selected to reflect the letter and corresponding number of the Transit Police’s “See Something, Say Something” program.

Using both qualitative and quantitative methods, interviews with dispatchers, focus groups with police officers and evaluated statistics from an online survey and existing police files were used to evaluate its effectiveness. The texting program was found to be a viable option for contacting the police. Between May 2014 and November 2015, 72 per cent of the texting conversations with Transit Police dispatchers were converted to police files. This accounted for 10 per cent of the department’s overall files for service.

“The ability to connect and respond to those who need help remains a priority to law enforcement.”

The results from the online survey provided invaluable information
about the users of the texting programs. The gender of the participants
was split nearly equal between female (51 per cent) and male (47 per cent), with an average age of 35. The survey found that over 80 per cent had used the program at least once in the previous 12 months. The majority reported an obnoxious or intoxicated passenger (54 per cent) or a crime against a person or property (20 per cent).

There were two findings of interest from the survey: when asked if respondents would use an alternative method to the texting program, a quarter of all respondents indicated that they would not have made a report and 26 per cent believed that texting was easier than other reporting methods.

One of the most common complaints from both dispatchers and officers was the length of time it took to elicit information from the texter. On average, conversations lasted just over 29 minutes, which often left officers attending to a call with very few details. Another issue was the perception of the public that the texting process was anonymous. Several users stopped responding altogether to the dispatchers’ requests for personal information. This prevented officers from contacting the user to obtain additional information or arrange an interview for a statement.

72 per cent of the texting conversations with Transit Police dispatchers between May 2014 and November 2015 were converted to police files.

The texting program was responsible for the reporting of 47 sexual assaults between 2014 and 2016. This was substantial enough to be mentioned by several of the dispatchers during the individual interviews.

Statistics Canada’s 2014 General Social Survey on victimization found that sexual assault is one of the most underreported types of crime, with only five per cent of sexual assaults being reported to police. Transit Police made some leeway by providing transit users a viable alternative to reporting such crimes. 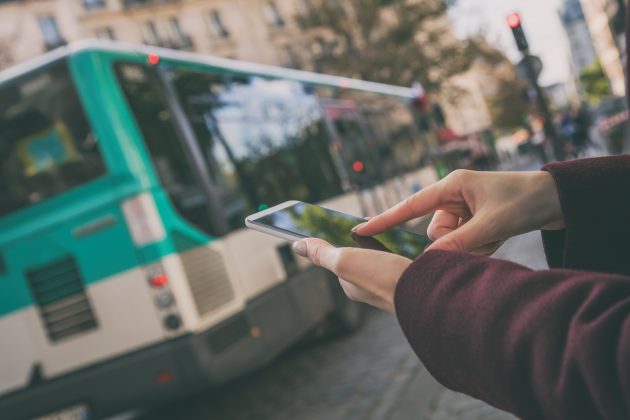 The Future of Crime Reporting

The concept of reporting crime through non-traditional means (i.e. texting, mobile applications or websites) is not new, but it is quickly growing. Police agencies have adopted texting programs, with some including the option of receiving media files. For example, the Metropolitan Police Department in Washington, D.C., allows residents to send anonymous texts messages to 5-0-4-1-1 along with photographs or videos. The Chicago Police Department has also adopted a texting program called “TXT2TIP” which allows users to text information including pictures, video or audio clips.

47 sexual assaults were reported through the texting program between 2014 and 2016.

Since the conclusion of the research project in 2018, Transit Police has updated their texting program to permit users to send an image or video. That said, the
ability to receive media files generates other issues for police leaders regarding policies and procedures on collecting and handling of potential evidence, as well as implementing a data infrastructure to facilitate such functions. As it is plausible that a photograph or video still could be used to identify a suspect or provide evidence to support a criminal charge, it is imperative that media files are processed and stored appropriately to avoid potential court challenges. This may require a review and modification of existing exhibit handling policies to account for downloading files from texts.

There is also concern that long-term exposure of violent videos and images could impact the mental health of police. The Canadian Interoperability Technology Interest Group told the Canadian government that viewing media files containing traumatic events could have a significant impact and the lack of policies could be a detriment to the well-being of police employees, such as dispatchers or officers. This was exemplified by a 2015 British study that exposed 189 participants to violent online news videos and measured signs of Post-Traumatic Stress Disorder (PTSD). Despite having no previous diagnosis of PTSD, 22 per cent of participants began exhibiting PTSD symptoms.

The Canadian Radio-television and Telecommunications Commission has long advocated for Next-generation 9-1-1 (also known as NG9-1-1) services that include the ability to connect with emergency call centers through voice and text messages. In most provinces, the deaf, deafened, hard of hearing and speech-impaired community already use a pre-registered cell phone to text 9-1-1.

The ability to connect and respond to those who need help remains a priority to law enforcement. A significant number of police agencies have introduced corporate websites, mobile applications or social media platforms to allow for the reporting of non-emergency criminal incidents. But, regardless of the adopted advancements in crime reporting methods, it remains imperative that members of the public can easily report crime in their communities.

Sherri St.Cyr is an 11-year member with the Metro Vancouver Transit Police. She is currently working on her Doctor of Social Sciences at the Royal Roads University with a dissertation focus on using mobile applications for delivering information on mental health and addiction services to police officers and employees. She can be contacted at sherri.stcyr@transitpolice.bc.ca.

Related
Keeping officers’ eyes on the road and hands on the wheel
“Share It. Don’t Wear It.”
A tool for structure in missing persons investigations