Terry McCaffrey, Zhaawnong Nini Naagaaniid, an Anishinaabe from Pimichikamak (Cross Lake) in Northern Manitoba, is the chief of police for Wikwemikong Tribal Police Service, as of July 2018. 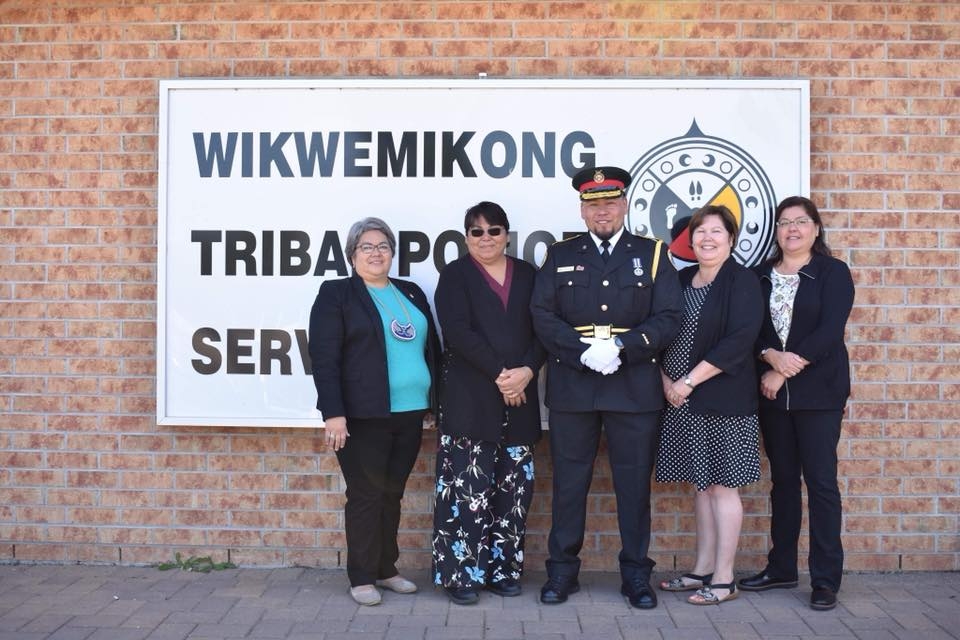 For the past 10 years, he has served with the Treaty Three Police Service in Kenora, Ont. McCaffrey started his career in 1996 where he was trained at the RCMP Training Academy — Depot in Regina, Sask. He has an extensive career working as a frontline officer, a detective constable, and a hostage and crisis negotiator integrated with the OPP Regional team for over 10 years.

He also brings with him his background as a training officer integrated with OPP I.S.T. providing BLOCK and Firearms Training. In addition, McCaffrey has served the public as a detective sergeant in charge of Crime, Drugs, Guns and Gangs. He has also overseen numerous federal and provincial funding processes.

Most recently, McCaffrey served as detachment commander for the north subdivision of the Treaty Three Police Service, where he was responsible for overall Ddetachment operations. He was in charge of 30 officers, four civilian staff, eight communities, professional standards, along with Crime Unit and Drug Unit Operations. To add to this extensive list of responsibilities, he also served as his detachment’s Information Technology Division Supervisor, was responsible as Officer in Charge of the Records Management System, Uniform Crime Reporting and Freedom of Information Management.

“I am absolutely humbled and excited to be chosen as the next Chief of Police for the Wiikwemkoong Tribal Police Service,” McCaffrey said. “I look forward to working with the officers, community and commission to ensure the WTPS embodies a culturally sensitive police service that provides the highest level of public safety and security within our territory,”