I am a big fan of British TV shows and so I often find myself watching British “cop” shows. One thing that always strikes me is the obtuse wording they use for the Miranda-like warnings they give. I had to watch quite a number of British shows before I figured out exactly what the words were — and even more shows before I figured out what they actually meant. Part of my difficulty had to do with accents; I am really bad at understanding accents. But the language they use also seems a little convoluted to me. 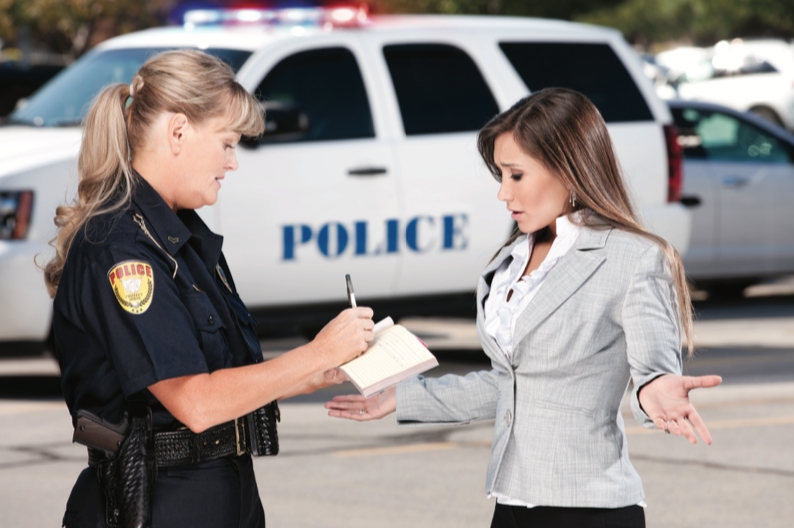 And I am a native English speaker.

There has been a great deal of research done in the U.S. about whether people actually understand Miranda warnings — not an easy thing to research, as apparently there are over 200 different version sof the Miranda. To cut to the chase, it looks like somewhere between 10 and 30 per cent of people do not really understand what they are being told. Interestingly, this research has focussed on people who have mental illnesses, or are of limited intellectually ability. One can only wonder if people whose first language is not English actually understand what they are being told.

Here in Canada we of course do not have Miranda warnings — but we do typically have a standard rights blurb we recite to people we are arresting. Do people understand that — in particular, do people whose first language is not English actually understand? I wonder…

I found a copy of what is purported to be standard rights advice in a book on standard Canadian legal practice and procedure. It said:

If you check this out using the readability stats that Microsoft Word has, it is apparently at the Grade 7 reading level. On the surface, that is good. But consider if you did not speak English as a first language: in this blurb, it refers to what we might simply call “a lawyer” as (1) a lawyer, (2) counsel, (3) duty counsel, and (4) legal assistance. Do these all mean the same thing? If not, what’s the diff? And if they do all mean the same thing, why are we using four different terms in the same blurb? Imagine if you are not completely fluent: you might be thinking, “Gee, he said I can call ‘counsel’ but then says I can call a lawyer. Why can’t I call a counsel if that’s what I can have?

The point I am trying to make here has nothing to do with rights warnings (although it applies to them). The point is that we need to give some thought as to how we talk to people whose first language is not English. I have asked a whole bunch of police officers I know if anyone has ever given them advice or even formal instruction about how to talk to a non-English speaker, and they all said: “We get an interpreter ASAP.”

That’s all well and good, but sometimes you can’t and sometimes there is not time and sometimes the situation does not warrant it. In these instances, it helps to remember that we all tend to speak in the professional code or jargon of our occupation, and that maybe we might want to tone that down.

My advice? Based on work done by people who know about these sorts of things, I recommend:

1.    Don’t yell and don’t exaggerate the pronunciation of what you are saying. It does not help.

2.    Use short sentences and pause between them — and avoid filler and non-essential information. If someone asks for directions, don’t say, “Take the third right past the white church, at the second set of lights.” Say:

3.    Try to separate the words when you speak. The hardest thing can be to figure out where one word ends and the next begins. Don’t say, “do-ya wanna…” but rather “do———you———want——to…”

4.    Needless to say, avoid police jargon and abbreviations. I’ll tell you a funny story about abbreviations. I came to Canada a zillion years ago from Boston. I think I was here for six months before I figured out when people were talking about B.C., they meant British Columbia — not Boston College!

5.    Avoid colloquialisms and slang. If someone asks you how long he or she is going to have to wait, saying “till the cows come home” is not likely to be helpful.

6.    If someone does not appear to understand, try repeating exactly what you already said (assuming you have paid attention to the above suggestions) and just giving them a second attempt at understanding, rather than giving them some new altogether to try to sort out. However, if they still don’t get it, try to simplify further.

7.    Many people learn English in a way that makes their written comprehension better than their oral comprehension. You can try writing something down and showing it to them along with saying it.

8.    Try to limit the use of words that have multiple meanings. Consider even the very simple direction, “Get down.” Do you mean go purchase a feather duvet?

By now I suspect a substantial number of you are thinking, “Well, DUH.” But my experience has been that many really do not know how to speak to someone who is communicating in a second language.

When I am shopping in a French community, for example, I want to kiss the feet of people who clue in and — rather than saying (in French), “If you want to try that on, there is a limit and the change rooms are by the appliance section,” — they say:

Dr. Dorothy Cotton is Blue Line’s psychology columnist.
She can be contacted at: deepblue@blueline.ca.
Print this page