Features Back of the Book
Taiwan cannot be absent from the global fight against transnational crime: Op-ed 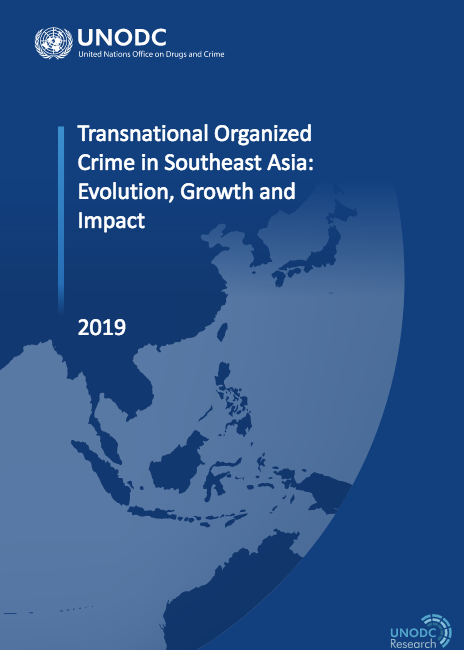 The 2018 World Drug Report, published by the United Nations Office on Drugs and Crime (UNODC), found North America, East Asia and Southeast Asia are key regions in the production and consumption of amphetamine.

Similarly, the more recent 2019 UNODC report stated large-scale criminal groups and financiers from Macau, Hong Kong, China and Thailand, in co-operation with criminal networks and chemists from Taiwan, have made Southeast Asia into a major centre for the production and transportation of illicit drugs.

As a result of co-ordination among criminal groups from different countries, drug trafficking is increasingly controlled at the international level, not the national level. Trafficking operations are highly organized and extend across regions. This makes it very difficult for sovereign nations to fully clamp down within their territory on all aspects of these criminal networks, such as production, transportation, sale and money flow.

The challenges for Taiwan are even more daunting. Due to political factors, Taiwan cannot meaningfully participate in UNODC or INTERPOL, and lacks access to critical intelligence shared instantly via the I-24/7 global police communications system and stolen and lost travel documents database.

Taiwan is also unable to participate in related events and training courses. This might create a serious gap in global efforts to fight drug-related crime, ensure public security and combat terrorism.

Despite having to work under these difficult conditions, Taiwan’s police authorities have spared no effort in fighting international crime. In 2018, for example, Taiwan’s police co-operated with their counterparts in Thailand in a large-scale operation targeting cross-border economic crime, recovering assets worth 120 million Thai baht.

In the same year, a joint operation was held with Philippine authorities to apprehend a local councillor from the Philippines who was suspected of drug trafficking and had fled to Taiwan.

Although Taiwan seeks to acquire updated criminal information through bilateral channels, countries are reluctant to co-operate, owing to political considerations. Of 130 international information or assistance requests made by Taiwan’s police agency in 2017, Taiwanese authorities received responses in only 46 cases. Thus, only by participating in INTERPOL will Taiwan be able to acquire timely and complete criminal information, safeguard border security, enforce law and order, and engage in closer co-operation with police agencies worldwide to combat cross-border crime.

Taiwan, which serves as a key hub connecting Northeast and Southeast Asia, was ranked 13th in the World Economic Forum’s Global Competitiveness Report 2018, and 31st worldwide in terms of reliability of police services. In the 2018 Global Peace Index, Taiwan was ranked 34th out of 163 countries regarding safety. This is one reason why Taiwan was listed as the best place to live in the world among expats in 2016. Furthermore, it demonstrates how Taiwan could play an important role to-wards combating transnational crime if it were allowed to participate more openly in the international community.

With criminal methods constantly evolving, it is of extreme importance that countries are able to learn from the experiences of others. Taiwan’s inclusion in international crime fighting efforts can help countries like Canada. Given the connection between the North American opioid epidemic and criminal organizations based in East Asia, Taiwan is well positioned to support Canadian authorities in their attempts at combating fentanyl, other illicit drugs and money laundering.

Overall, Taiwan is both willing and able to provide the needed assistance in order to prevent gaps in international efforts to combat crime.

Maintaining global security and social justice must take precedence over political differences. Therefore, Taiwan’s meaningful participation in INTERPOL General Assembly in Chile from Oct. 15-18, 2019, as an observer is of great importance. In my opinion, it is in Canada’s and the world’s interest to support Taiwan.

* Simon Sung, the executive director of information at the Taipei Economic and Cultural Office in Canada, submitted this piece on behalf of Huang Ming-chao.

Huang Ming-chao is the commissioner of the Criminal Investigation Bureau, Ministry of the Interior, Republic of China (Taiwan).