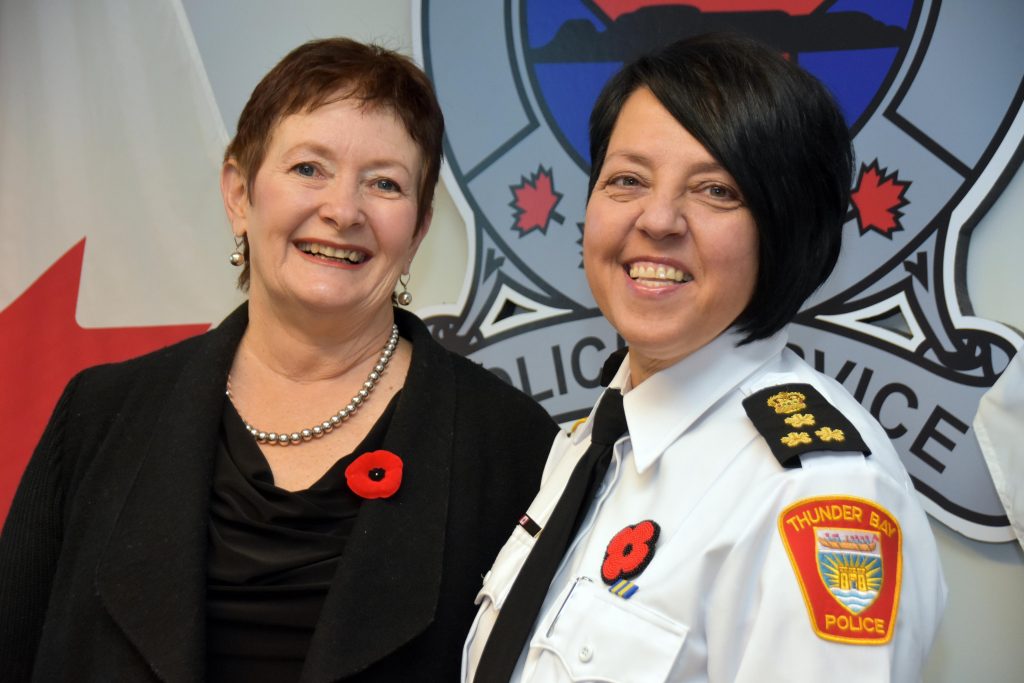 This appointment follows both consultation with the community and an extensive national search. Hauth has had a steady rise through a number of departments within the service including Criminal Investigation, Uniform Patrol, Community Services and as the deputy chief.

She has participated in extensive professional development courses and received the Government of Canada Police Exemplary Service Medal in 2014. Since April 26, 2018, she has been the Acting Police Chief. Hauth joined the Thunder Bay Police Service in 1993.