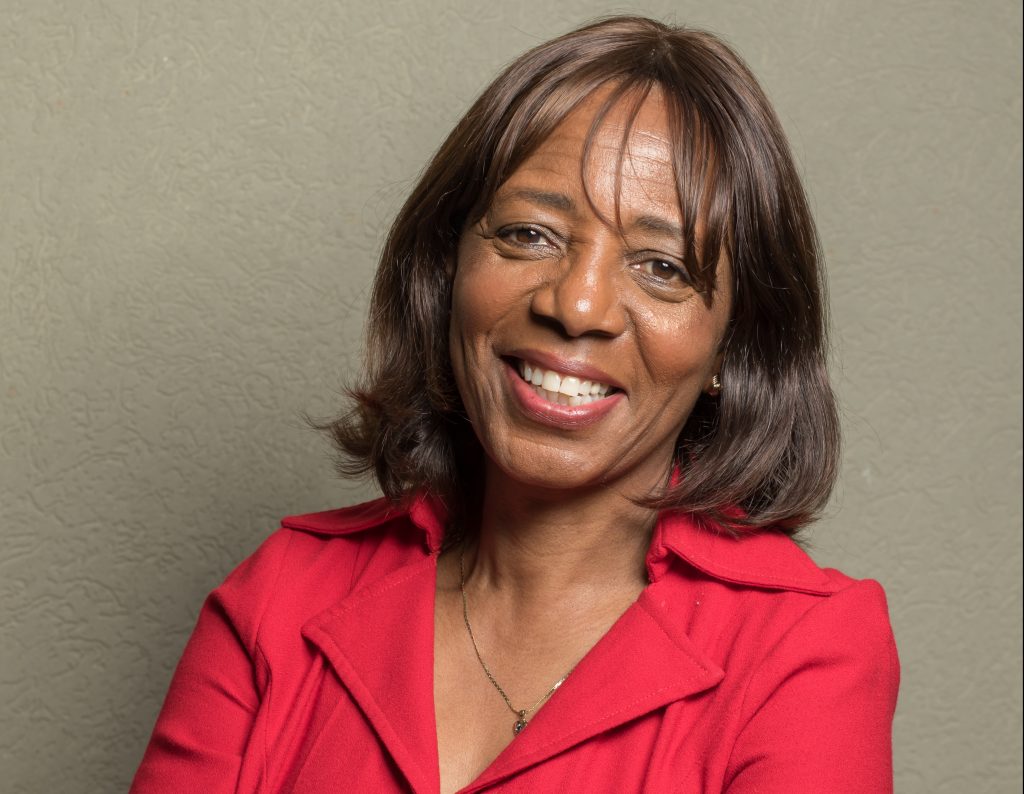 The year 2020 is one to remember for Ottawa Police Supt. Isobel Granger, who is now leading the service’s newly launched Respect, Values and Inclusion (RVI) Directorate. She not only became Ottawa’s first Black superintendent but she also published her first book, Smashing the Glass Ceiling. She joined Blue Line in June for a podcast episode to share her thoughts on the opportunity for change with RVI, building ladders and much more.

Q: Congratulations on the promotion and book publication! What has it been like leading the RVI Directorate so far?

I’m excited about it because I’ve done a lot of this work in the work I’ve already done locally and internationally. RVI is an umbrella term for our equity, diversity and inclusion strategy as well as for respect, ethics and values, which is part of the behaviour of police officers within the organization. I’ve worked on initiatives before where gender is the standalone issue or diversity is. These both stand alone as pillars within RVI; they’re not predatory to each other. This way, we reduce the risk of things falling through the cracks… If our values are internally intact, and if we have a shared value or a shared purpose, then the service we provide in the community will be more value-based. I honestly believe that what happens out there clearly links to what’s happening internally. So, we have to make sure that our house is sound.

Q: Your career trajectory is full of accolades and you certainly persevered through some challenges to get to where you are today. Tell us why you wanted to begin a career in law enforcement — which you did in Rhodesia (now Zimbabwe) at the age of 19, as the first Black female officer hired by the British South Africa Police.

I think the seed was planted when I was about seven or eight years-old. I remember a white police officer came to our door, looking for directions. He was so flippant with me and so dismissive, and even the way he spoke with my mother — it didn’t feel good. I remember thinking, I’m going to be a police officer one day, and I’m going to treat people better.

Then, just before my 20th birthday, I saw an ad in the newspaper, saying “if you want a career to make a difference, join the South Africa police.” I knew at that time, as a Black person, you could join as a constable and your highest rank would be limited. As a white person, you join as a patrol officer and then you could go up to commissioner of police. A Black police officer with even 25 years’ of experience would report to a white patrol officer of one day’s experience. So, there were two ranks; the white rank structure at the top and the Black rank structure at the bottom. People who were mixed race were not allowed to apply.

I applied regardless, knowing that when they received my application, they would just assume I was white because my father’s last name is white sounding. I think they did because when I went for my first interview, they just got a shock. And that’s a long, funny story. They asked why I would apply when I knew they didn’t hire people like me and I took it as an invitation for a discussion. I actually had a very healthy debate with the interviewer.

When I left, I didn’t think I’d ever get called back but I had said what I needed to say. When they began to call me back for interviews, testing and more of that process, I just thought they were drawing a line in the sand, but I don’t self-eliminate. My life has been about that — I do not look at a closed door as a total rejection. Sometimes the closed door appears to be shut but if you turn the handle, it is open.

A friend actually just came by and she said, “I’m really impressed with what you have achieved.” And I don’t look at it that way because I just look at it as I’ve been really fortunate — I’ve been able to work on different initiatives in different countries, but it is because of my early conditioning to not self-eliminate.

I really subscribe to that notion Nelson Mandela talks about in my other language; we call it Ubuntu, which means the humanness of us, or “I am because we are.”

Q: What is your most memorable moment in policing so far?

I’ve had several of them and I don’t like to say one is more memorable than the other. But when I began to lobby to get a law passed to support first responders*… I still remember standing in the observation gallery in the House of Commons… and watching the member, Chuck Strahl, who I partnered with in lobbying for this law. The House of Commons unanimously voted to bypass the process and send it directly to the justice committee for debate because they deemed it a valuable and worthwhile issue. This was across all parties. There was wild applause and an associate of Strahl’s was looking up at me, tears streaming down his face. He motioned me to come downstairs and I was telling him, “No, I can come down there; we’re not allowed.” So, Strahl came up and he hugged me and he said, “Isobel, I learned an important lesson with this lobby: that when you say human issues, you have to include the human element.”

This was because my personal story had informed the entire debate in the House of Commons. I stood there and I realized that I’ve always known that this has never been about me. It’s always been about the greater purpose. I really subscribe to that notion Nelson Mandela talks about in my other language; we call it Ubuntu, which means the humanness of us, or “I am because we are.”

Q: What is your advice for others looking to climb the ladder and take out ceilings in law enforcement?

Whatever you do, do not give away pieces of yourself. Once you give away the first piece, it becomes easier to give more and more away, and soon you become a distortion of who you are and who you’re supposed to be. Then, when you get to a place where you’re wondering why things are not working out, and you’re trying to find out who you are, it’s really difficult to make your way back.

Another tip I always use is: if you’re going up the ladder, don’t pull it up behind you. Leave it in place for others to climb. As my friend (Ottawa Police Inspector) Debbie Miller says, build other ladders, too, so there are even more to climb up. For women who have made it to that place, remember just because you fought hard to get there doesn’t mean you’ve earned the right to be exclusive. Sometimes they’ll say, “Well, I had to fight to get here. So, you fight, too.” For me, having achieved the rank of superintendent, it is a privilege to be able to look across my organization now and see further — to see where the gaps are, and then to be the enabler and help create spaces and opportunities. It’s not about me. When I walk out the door for the last time, I want to say to myself, “I didn’t achieve everything I could have, but I gave it my best shot and I’ve helped people along the way.”

*Editor’s note: Granger’s efforts led to the introduction of a private Member’s Bill, C-217, which called for the extraction of blood samples for the benefit of persons administering and enforcing the law. Granger herself had been pierced by a hypodermic needle while patting down a suspect. The suspect refused to take an HIV test and could not be compelled by law to give a blood sample.

Listen to the SoundCloud link at bit.ly/33Eqj79 for the full podcast conversation with Supt. Granger or wherever you get your podcasts by searching for Annex Business Media: Podcasts.