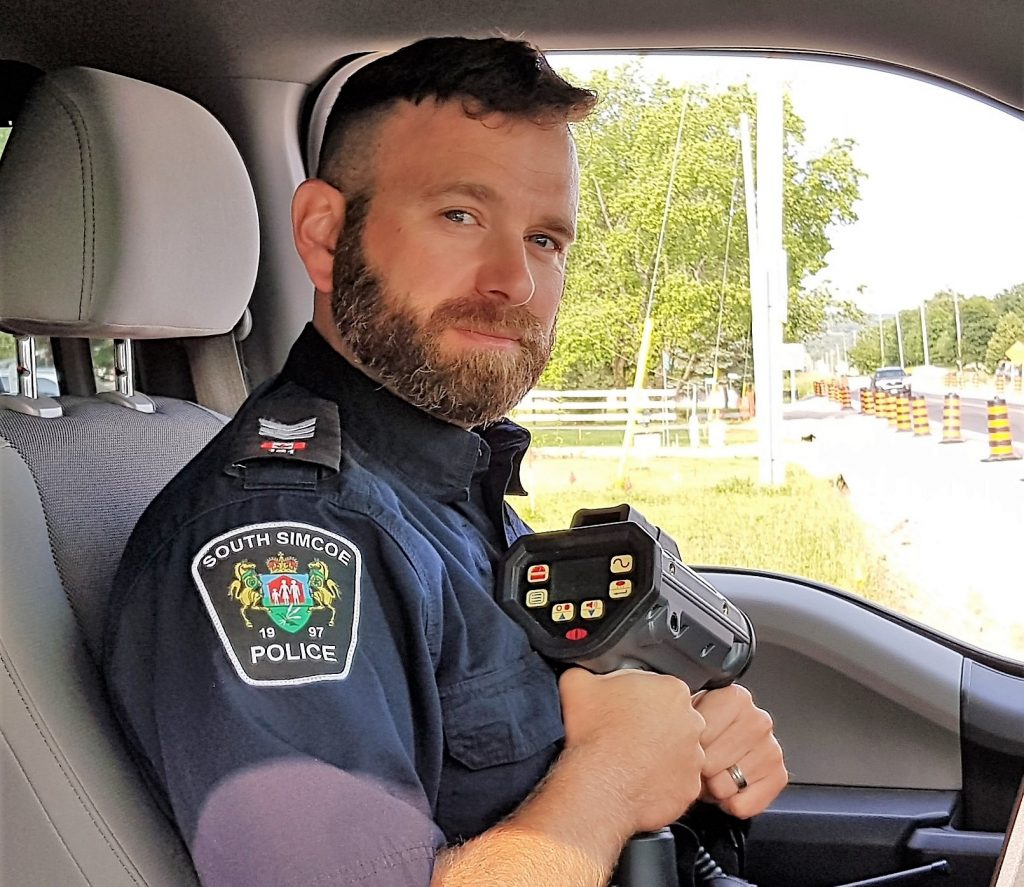 Since the legalization of marijuana in Canada, our biggest concern in law enforcement has been the potential increase in drugged-driving. As a sergeant, my goal is to keep impaired drivers off the road, so I was encouraged that Drug Recognition Expert and Standard Field Sobriety Training ramped up and the first roadside drug test was approved. After decades of having alcohol roadside screening devices, policing and justice communities were eager to see the effectiveness and performance of drug test screening in the field.

In this unprecedented time, the focus remained on how to best serve public safety. While some regions still struggle with how to integrate effective roadside drug testing into their protocol, the South Simcoe Police Service in Ontario has met the moment with confidence and great success.

Ontario has implemented the use of roadside devices for administrative sanctions only, keeping them out of criminal court. For some, this is a challenge, but we view it as an opportunity. The ability to test young, novice and commercial drivers is good start in our campaign to reduce drug-impaired driving.

So why have such small departments been so successful? I believe the answer is quite simple: our Traffic and Marine Unit has been fully committed to the roadside testing program.

The device we use has a decades-long proven record of accomplishment in workplace drug testing and police abroad; however, it is new to police in Canada. Focusing on administrative sanctions has been effective in keeping our roads safe. Non-criminal sanctions are immediate and the penalties serve as an effective deterrent. Motorists who fail the roadside drug test face an administrative monetary penalty and immediate license suspension. In South Simcoe, our program resulted in 32 suspensions in 2019.

On day one of using the device, we had a positive test and from there it has been consistent success. In fact, we can proudly boast now that South Simcoe, along with Waterloo Regional Police Service, have become leaders in roadside drug testing in Ontario. While the two regions make up roughly one per cent of Canada’s population, those departments have been responsible for more than 70 per cent of roadside suspensions administered to Ontario drivers under the age of 22 and more than half of novice drivers in the province.

So why have such small departments been so successful? I believe the answer is quite simple: our Traffic and Marine Unit has been fully committed to the roadside testing program. We have seven Dräger DrugTest 5000 devices at South Simcoe, available for daily patrols. Having a single device — or storing devices at the station — is not an effective approach. Inevitably, less people will be tested and the frontline will feel less confident using devices, thus reducing the success of the program.

In just over 12 months we have operationally deployed the Dräger DrugTest 5000 in both winter and summer, and further utilized the device in our marine unit. An advantage of using the Dräger DrugTest 5000, in particular, is its ability to test for both THC and cocaine. While we continue to register consistent numbers of young drivers testing positive for driving under the influence of marijuana, we also see a disturbing number of teens testing positive for cocaine.

This is an important factor in making the roads truly safe. We are finding high incidence of polydrug use. If we did not test for cocaine at this point, we would be missing the opportunity to detect the use of another popular street drug by both young drivers and also some commercial truck operators.

A 2012 roadside survey conducted in five communities in British Columbia found cocaine was the second-most commonly detected illegal drug, following cannabis. Cocaine showed the greatest increase in percentage of drug-positive samples, moving from 24.3 per cent in 2010 to 33 per cent in 2012.1

Another unexpected benefit of roadside drug tests is they have led to numerous, significant arrests for other crimes, including the seizure of a loaded handgun, large quantities of cocaine and illegal marijuana destined for the streets.

Without a full commitment to the program, there can be no success. In a small service and in rural areas SFSTs (Standardized Field Sobriety Tests) and DRE (Drug Recognition Expert) examinations are not always possible. Having a scientific device at roadside that provides an independent result, is yet only another tool that police can use to help protect our roadways.

Dave Phillips is a sergeant in the traffic unit with South Simcoe Police in Ontario.