Steve Graham has retired from the board of police commissioners for the Halifax Regional Municipality. 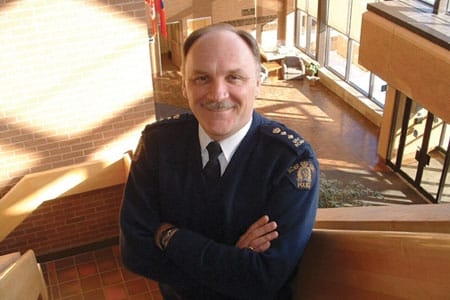 He retired in 2013 as the Deputy Commissioner responsible for all Royal Canadian Mounted Police operations east of the Manitoba-Ontario border. Over the course of his more than 35-year career, he served in operations, security and staff roles, including executive leadership as the Commanding Officer of Prince Edward Island (2001–2003), New Brunswick (2004–2008) and Nova Scotia (2008-2010).