Most Canadians aged 18 years and older said they have some level of awareness about the opioid issue in Canada, stated results from Statistics Canada’s 2017 Survey on Opioid Awareness, released last month. 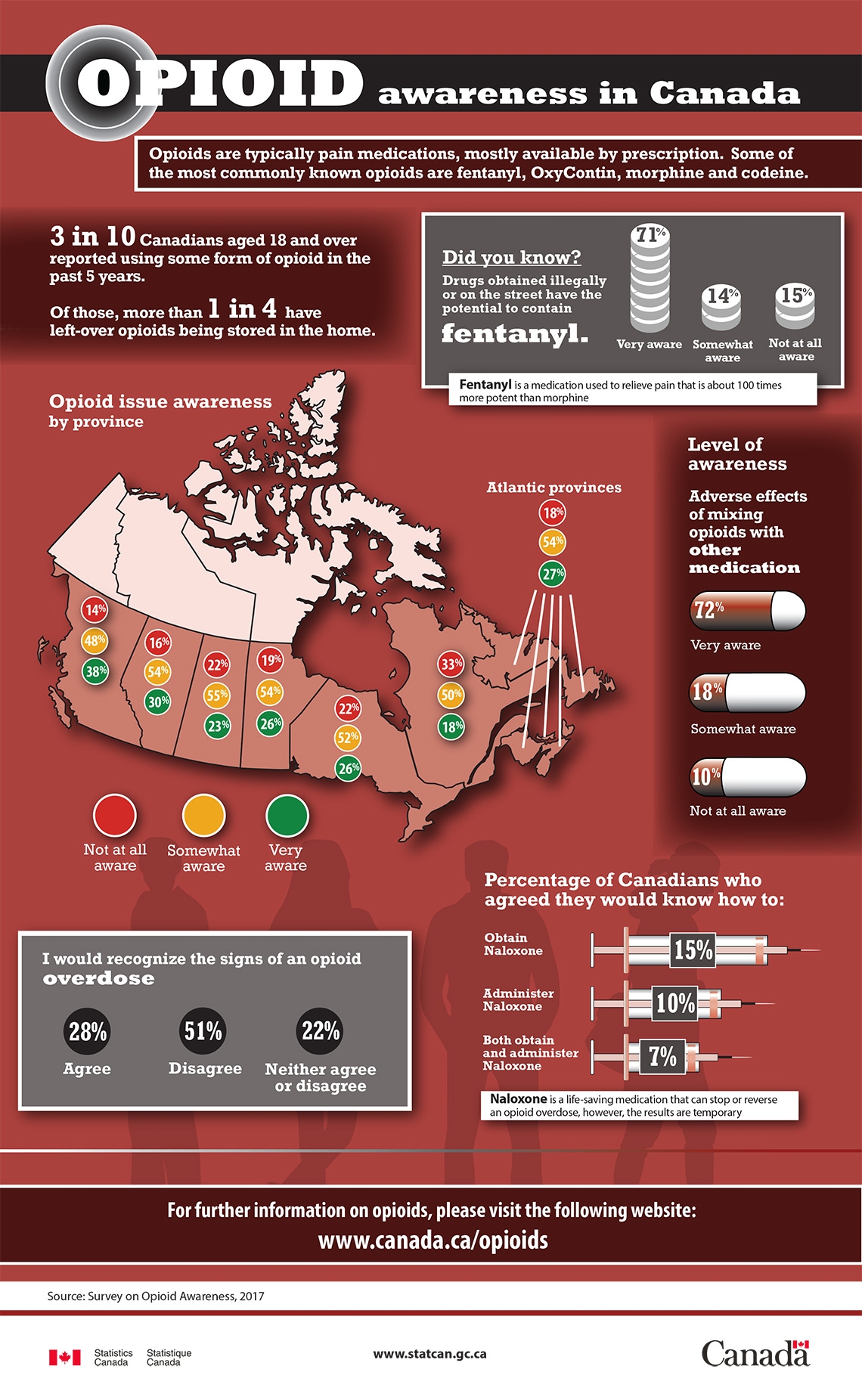 In terms of use, 29 per cent of Canadians aged 18 years and older reported using some form of opioids in the past five years, and of these, more than one-quarter reported that they have leftover opioids stored in the home. The most common reason given for keeping opioids in their home was for their own future use (75 per cent).

Some of the most common opioids are fentanyl, OxyContin, morphine and codeine. Opioids are also available illegally in Canada.

According to the latest estimates produced by the Public Health Agency of Canada, 2,861 apparent opioid-related deaths occurred in Canada in 2016 and at least 1,460 occurred from January to June 2017.

The survey collection was conducted in November and December 2017.