Features Editor’s Commentary
Showing up for our LGBT2S+ colleagues 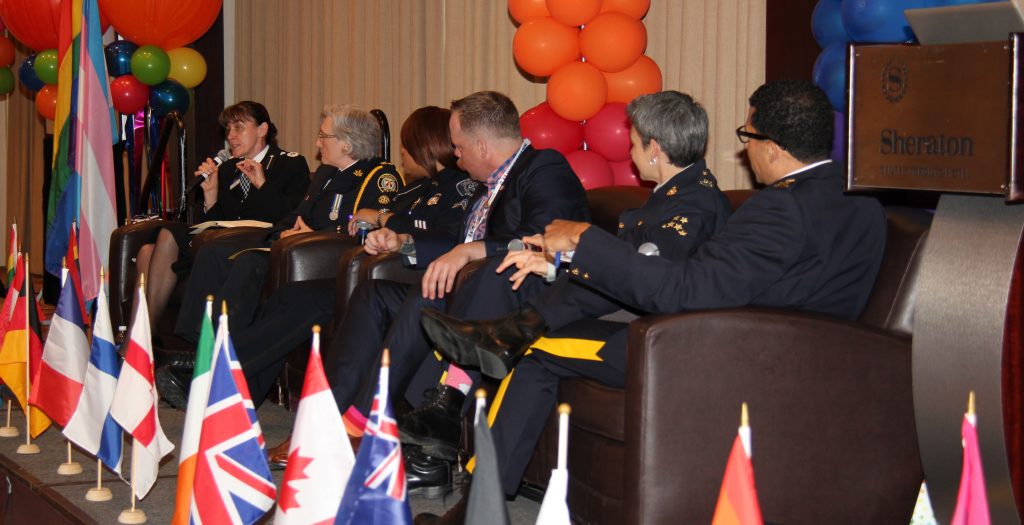 I was fortunate to hear Julie Cooke, deputy chief constable of the Cheshire Constabulary in the U.K., speak as part of a panel during the 2nd World LGBTQ Conference for Criminal Justice Professionals in Toronto this past June. Cooke is the lead on LGBT+ issues for the National Police Chiefs’ Council, and is a passionate advocate for inclusion and all things justice-related.

She, along with the other panelists, noted how crucial it is for allies to support everyone working in a police agency in feeling safe and comfortable enough to be themselves. We all deserve to live authentically in our places of work as well as in our homes and communities.

Much has improved since the horrific days of bath raids and enforcing anti-LGBTQ2S+ laws, thank goodness, and there are plenty of innovative undertakings to celebrate as the blue line continues to raise awareness and eradicate intolerance. For example, many forces have LGBTQ liaison positions, Canada Border Services Agency is currently training “positive space ambassadors,” as you’ll hear in a recent Blue Line, The Podcast episode, and a Bi-Visibility Initiative was launched last year in the U.K. by a regional LGBT network on behalf of Cooke herself.

That being said, there is still a lot of healing to be done from the deep wounds of the past and there is a distance to go yet in terms of building trusting relationships and enacting workplace inclusivity. We can do this with education and visibility and the World LGBTQ Conference for Criminal Justice Professionals is such an empowering place to start. The openness, the energy, the team encouragement and the beautiful vulnerability I saw just from a sliver of this event was truly inspiring.

I was shocked when Cooke pointed to a recent experience where she had to take a stand after being criticized by the chair of the Cheshire Police and Crime Panel for wearing a rainbow-coloured lanyard. This chair claimed it was a “political” choice of neckwear.

As Cooke told the conference crowd this story, many of us shook our heads. Some of us were surprised; some of us were not. When she told us wearing that lanyard is absolutely critical, we clapped.

The chair has since stepped down from his role and been voted off the panel. We cannot accept anything less. That mindset is regressive, divisive and dangerous. And as homophobic and transphobic hate crimes “have more than doubled in England and Wales over five years,” according to The Guardian’s report earlier this summer, people like this chair have to be checked.

“I will champion all genders and all sexual orientations because I, as a straight ally, want to make policing a more attractive place to be for LGBT+ colleagues,” Cooke wrote in a post on her police force’s website. “I want my colleagues to understand that many of our colleagues will fall under the Trans umbrella and I want them to understand what that means; dispel myths, explore prejudices and make our workplaces more inclusive.”

I challenge everyone—including myself—to champion this cause with that same empathy and understanding.