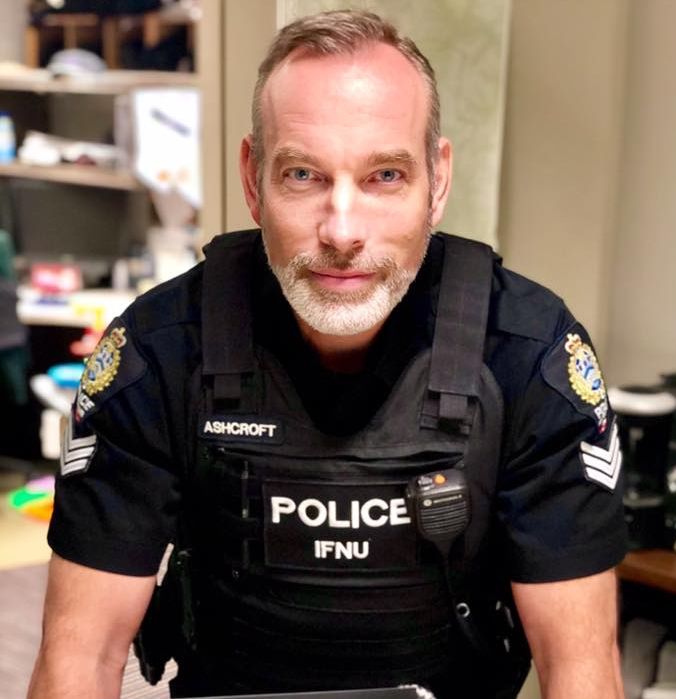 The Sgt. Bruce MacPhail Award for Academic Excellence is presented to the municipal police officer who achieved the highest overall average in a concentration certificate within the Police Leadership Program at Dalhousie University in the past academic year.

MacPhail began his career with the Amherst Police Department in Nova Scotia and in 1982 he became one of the first police officers with the newly formed Bedford Town Police. He continued on with Halifax Regional Police after amalgamation, eventually heading up their first Auto Theft Unit. He completed the certificate in “Police Leadership – Supervisory Skills” in 2000, and was the first to graduate as a certified police coach in the program. MacPhail passed away in June 2001 after a short and courageous battle with cancer.

Phyllis MacPhail established the award in 2001 in memory of her son.

Sgt. Mike Ashcroft was hired as a patrol constable by the West Vancouver Police Department in 2005 and has served in the Patrol Division, Investigation and Intelligence Division as the Intelligence Officer and Confidential Informant Co-ordinator. He currently serves as the NCO in charge of the Major Investigations Team.

Ashcroft was promoted to the rank of corporal in 2013 and then to his current rank in 2016. In 2019, he was awarded the E-Division Indigenous Policing Services Officer in Charge Certificate of Appreciation and was also awarded a Chief Constable’s Commendation for his leadership at the Integrated First Nations Police Unit.

He holds a Bachelor of Arts from the University of British Columbia and he completed the Dalhousie Police Leadership Certificate with a concentration in administration.

Ashcroft is committed to life-long learning and believes the courses taken at Dalhousie have been a major part of his professional development. Congratulations!