November 6, 2017, is a day we will never forget. Const. John Davidson of the Abbotsford Police Department was responding to a report of shots fired at a local strip mall. He was the first officer to arrive and was tragically shot and killed. 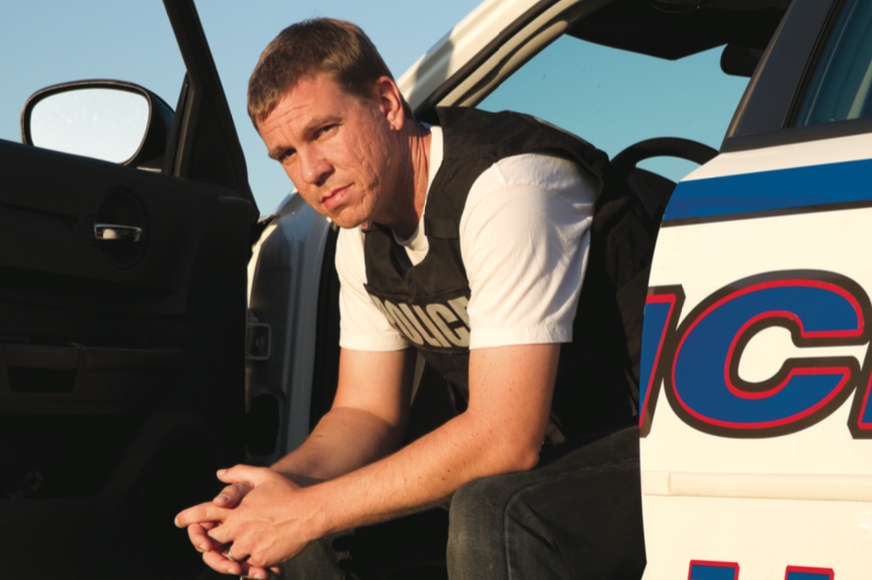 The news hit our department and community hard.

I was out of town the week this happened, and the distance from my brothers and sisters made the impact more difficult. It was one of the most difficult things I’ve ever had to deal with in my life.

As I worked through the emotions, I began to receive some messages of condolence from friends and family. They all meant well but I quickly realized most of them did not fully understand the immense weight and impact of this loss.

As I was finding it difficult to even leave my room, these messages — which said things along the lines of: “Sorry to hear about your coworker. That must be hard.” — just seemed trivial and trite. I struggled to understand why they didn’t quite “get it.”

I began to analyze and examine my own grief. I came to the realization that unless you are a police officer, you cannot possibly know what this feels like. It is not their fault they don’t understand; they truly want to, but it will not come naturally.

As I thought it through, I recognized and compiled this list of seven unique components that I believe are only experienced by police officers. I called them “layers” because each one adds depth and weight to our grief.

These points are not meant as a “scolding” or to sew up the conversation up with a “you don’t understand” patch. They are meant to help civilians understand the unique grief a police officer feels and to explain how this is so much more than just the death of a “coworker.”

Our friends and family want to help; let’s give them the information they need to do so.

Layer No. 1 – The Thin Blue Line
We don’t talk about “coworkers.” We call each other “members;” not because we are a member of a club, but because we are family members. This family is not limited to our own department; it applies to everyone who wears the uniform. When John’s body was taken from the hospital to the morgue, over 100 police officers from neighbouring cities came to Abbotsford to escort him for the 53-kilometre journey. And they did it again a few days later to bring him back home. Most of these were officers who didn’t know John personally but thought of him as family.

Technically we are “coworkers,” but when police officers work together it is a much different environment than found at a “regular” job. We band together, watching each other’s backs while we face the evil most people never see. We fight together, protect each other and celebrate victories together. The experiences and stresses we endure together bind us in a way that cannot be duplicated.

Most people outside of policing do not think of their coworkers as family and do not have the strong ties to each other that we as police officers do.

Layer No. 2 – It was murder
This is difficult to say, and perhaps difficult to read, but John did not just “pass away.” He was murdered. We didn’t “lose” him. He was taken from us. He was taken simply because he was a police officer doing his job. There was no reason for this. John did not do anything that would cause someone to react in this way. He simply arrived at the scene of a crime and was murdered because he wore the uniform.

Most people are not murdered at work for simply doing their job.

Layer No. 3 – Vicarious trauma
Since the day John died, we have all thought, “That could have been me,” and our spouses and families have all thought, “That could have been you.” It’s not a thought that expires after a week or so; we are still thinking about it.
The vulnerability and fragility of our humanness becomes very apparent. We are not indestructible Hollywood action heroes and any one of us could be in this same situation that John found himself in.

For most people, if a coworker dies (at home from a heart attack, for example) they do not think, “That could have been me.”

Layer No. 4 – Survivor guilt
This goes hand in hand with No. 3. We all think about what we could have/should have done differently. We all replay it in our minds wondering, “If I had been there, could I have helped?” or “Could I have prevented it?” And then we start looking for where to place blame, thinking, “If only we had this equipment,” or “If this policy was different,” or “If this training was different…”

Aside from suicide, most people will likely never experience “survivor guilt” when a coworker dies.

Layer No. 5 – We are still open for business
We have to keep working. The normal, everyday policing calls are still coming in. We still have to deal with domestic disputes, assaults, thefts, robberies, neighbourhood disturbances, traffic complaints, etc. We can’t just stop answering the phones, letting it go to voicemail, advising we are closed until further notice. We do not have that option. We have to keep working.

In the “regular” workplace it is not uncommon for a business to completely shut down due to an employee death or tragedy.

Layer No. 6 – Post-Traumatic Stress Disorder
Due to the way the media will cover this and then move on to the next “story,” most people will see this as an “event” or “incident” that occurred but is now in the past, something we can move on from. They do not realize that our lives have been changed forever.

Most people will not likely suffer PTSD after the death of a coworker.

Layer No. 7 – Suck it up
Cops are the “tough” ones. We are not supposed to show our emotions. We have to fight through our emotions every single day. We are obligated to do this because people are depending on us. We cannot arrive at a disturbing scene and immediately fall apart with the others there. Often we have to pretend that we are OK even when we are not.

The policing culture has changed over the years as we have recognized that showing your emotion is healthy for the healing process. We are encouraged to seek help and it is crucial that we don’t keep our emotions bottled up. However, it is foolish to believe the stigma doesn’t still exist.

We as cops are proud. We are proud of our profession and proud to protect the people we serve. No one wants their fellow officers to see them as “weak” or worry that they will break down in the middle of the next emergency situation.

Most people are allowed and expected to show their weakness, there is no “tough as nails,” or “larger than life” persona that they are expected to portray.

So what can we do? First off we need to support each other. This is not the time to lay blame or discuss all the “what ifs;” this is the time where we need each other the most.

For our non-police family and friends, we need to explain these layers. Don’t push them away because they don’t “get it.” Your friends and family want to get it. They want to help you. They want to support you. It is our responsibility to help them understand the complexity and uniqueness of police grief. We owe it to our fellow officers so that we can heal and become better police officers for each other.

We owe it to John.

Const. Troy Kneebone is a 13-year member of the Abbotsford Police Department in B.C. He has worked in the patrol division and also spent five years in a covert surveillance team. He can be reached at tkneebone@abbypd.ca.
Print this page

Related
A common theme: Navigating the crisis in the negotiation
The weight of the uniform: post-traumatic stress disorder in law enforcement
The impact of a line of duty death on the spouses
Mental Health Awareness: Self-Care for First Responders by Stephanie Miloknay and Marc Laferriere