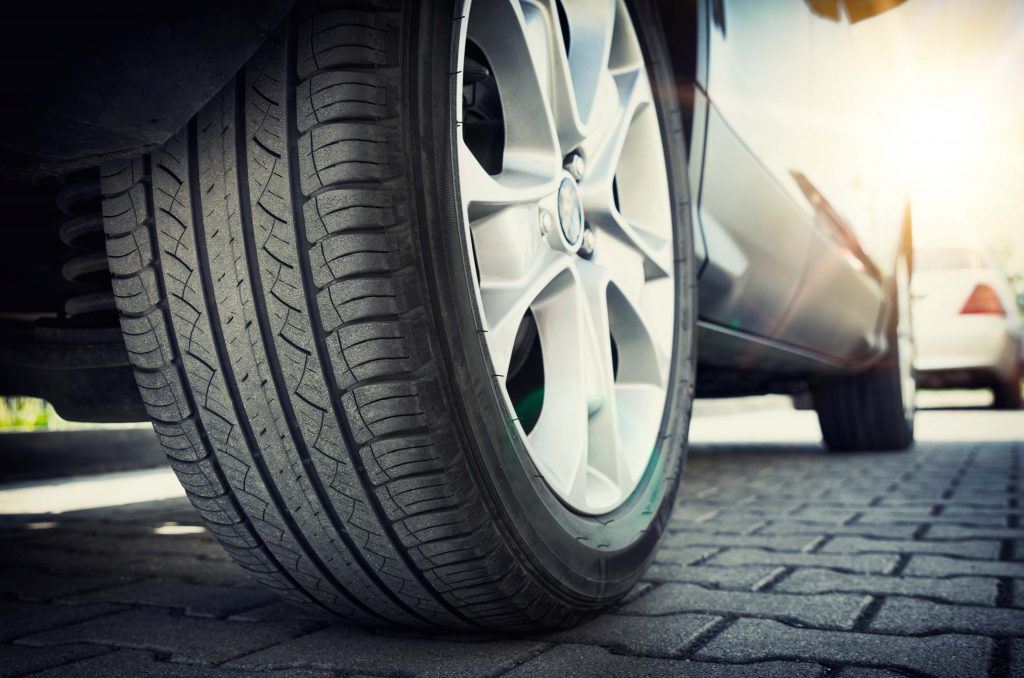 Rear-wheel-drive (RWD) is familiar to most police officers in North America. All the power gets delivered to the rear wheels, through a straight driveshaft from the engine, connected to a differential that splits the power between the two back wheels. Popular since the dawn of time, the system is simple and reliable. (There has not been a front-wheel-drive police car in Canada since the demise of the Chevrolet Impala in 2018 and the last Ford FWD sedan in 2020.)

All-wheel-drive (AWD) takes the power from the engine and splits it up over several differentials so that power is constantly delivered to both the front axle and the rear axle. Modern electronic AWD systems can apportion power to either the front or rear as road conditions change. Many can send as much as 100 per cent of the power to either end of the vehicle when needed.

Early AWD systems needed to detect a significant amount of slippage before it would lock up torque and send it to the
axle, while not slipping. This is why early AWD systems gained a reputation as both a ‘just-in-time’ traction device and a ‘never-in-time’ system. It would often jolt; sometimes seconds too late. Modern AWD systems on the other hand, detect speed differential between axles thousands of times a second and are virtually transparent to the driver. Power goes where it is needed the most, constantly and without any input needed from the driver.

Four-wheel-drive (4WD) is a system where the vehicle is normally in two wheel- drive mode (usually to the rear axle) but the driver can selectively engage a part-time four-wheel-drive setting from an electronic selector switch in the cockpit. In the Ford pickup, the switch can go from two-wheel-drive, high gear (2H) to four-wheel-drive high (4H). When challenging mud or sand or slowly descending very steep slopes, four wheel-drive low gear (4L) is desired. Four high and four low both lock both axles together and can only be used in slippery conditions. If either mode is engaged on dry pavement, the axles are locked together so that all four wheels rotate at the same speed. This can lead to vastly increased tire and mechanical wear and possible damage when going around corners on dry pavement.

The Tahoe uses a similar system, but without four-wheel-drive low range, plus a part-time automatic four-wheel-drive (A4WD) setting. Similar to AWD, the A4WD setting can be used in any road condition and, if it detects slippage in the rear wheels, can selectively engage the front axle when needed. This setting is ideal for mixed driving conditions, and because it proportions a small amount of torque (about 5 to 10 per cent) to the front wheels all the time, even if slippage is not yet detected, it can be used for extra stability on wet or gravel roads.

So, what’s better? The availability of modern snow tires means rear-wheel-drive is not as slippery in adverse conditions as it once was, but once you have driven a vehicle in AWD or 4WD in ice and snow, you won’t want to go back. Remember: no system will lock all four wheels together. Unless there are three mechanical locking differentials–almost exclusive to very expensive or hard-core off road vehicles–one can still get stuck if two wheels on the one side are slipping.

No one system is perfect. The early days of winter often show lots of SUVs spun off into the ditch, and illustrate how four wheel-drive may be better to accelerate, but stop and turn the same as any other vehicle on the road. No computer on earth can replace the training, judgement and experience of a skilled driver behind the wheel; inexperienced drivers with four wheel-drive can sometimes get stuck even deeper in the woods.

Dave Brown is Blue Line’s firearms and police vehicle contributor, as well as the Best Dressed Police Vehicle Awards judge. He is a tactical firearms trainer and consultant based in Winnipeg. He can be reached at Dave.Brown@northwestlaw.ca.

Related
From paper to computers…
They were called “police” cars but they weren’t, really
Blue Line salutes all entries for 2019 Best Dressed Police Vehicle Awards