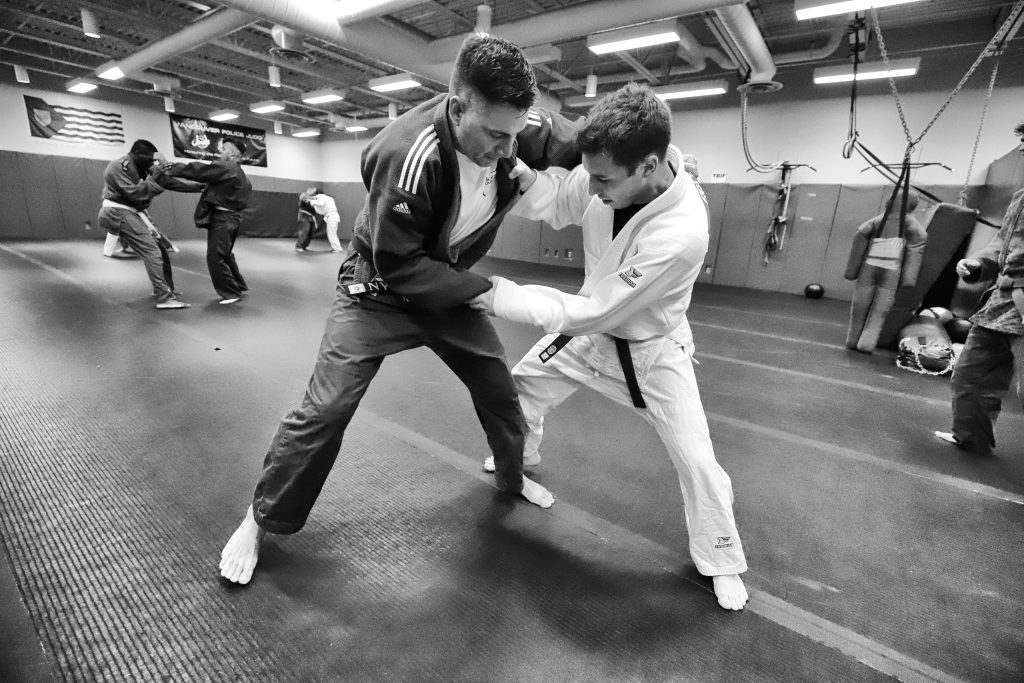 Now more than ever, public attention is being drawn to police use of force. High profile instances of officers using force have plagued our society, escalating tension and distrust between the public and law enforcement.

As police agencies across North America look to reform how they operate in an effort to re-build trust between the public and police, it has become clear that training needs to be improved. A comparative analysis of total police training hours shows that Canada and the U.S. are far behind other nations.1 In recent years, individual Canadian police departments have made great strides toward expanding tactical communication, situational awareness, and bias awareness training; however, very little progress has been made in updating control tactics training.

Most Canadian police recruits receive less than 100 hours of control tactics training at the police academy and only a few days of in-service training per year after graduating. Research in motor learning and skill acquisition indicates that this is insufficient for the learning and retention of psychomotor recall for complex motor skills. For the policing context, the fact that these motor skills are always performed under extreme stress and in uncontrolled environments exacerbates the training shortfall. Increasing the amount of training hours they receive will certainly increase officer competence and confidence with their control tactics skills. To get there, a paradigm shift in how we deliver training must occur. We need to move beyond the current training model, which is dominated by mandatory qualifications, and towards regular and consistent on-going training that is guided by science and research.

The more time you spend training at anything, the more competent and confident you become. Both outcomes are critical for control tactics in policing. Confidence is the emotional fuel that carries an officer through most confrontations; competence is what carries the officer through those rarer situations when subjects are experiencing issues such acute stress response, chemical impairment or mental health challenges that lead them to fight with police.

Clinical studies have shown that on-going “refresher” training is necessary to learn and retain police control tactics.2 Officers that are competent and confident with their control tactics skills are less likely to perceive the need to escalate to higher levels of force. Lower-level use of force equates to less injuries (both physical and psychological) to officers and to the public, less complaints to oversight agencies, less costly litigation, and increased public trust in the police.

There is a recurring theme in many of the viral videos of police use of force encounters that go wrong: the lack of good physical control of non-compliant, unarmed subjects. There are many situations where the escalation of force is unavoidable in order to keep the public and officers safe, but there are many more situations where the proficient use of hands-on control tactics could prevent the escalation of force.

We must consider the possibility that police officers simply don’t currently receive enough control tactics training—or that the training they do receive is ineffective at bringing officers to a level of competence and confidence necessary to go ‘hands-on’ proficiently. In B.C., for example, municipal police recruits receive approximately 85 hours of control tactics training at the police academy. After graduating, they receive between four to 16 hours of additional in-service control tactics training per year. This amount of training is incredibly low when compared to other professions which have a much lower jeopardy for errors.

In 2016, the Vancouver Police Department’s (VPD) Chief Constable, Adam Palmer, recognized this gap in training, and implemented a program that nearly doubles the amount of use of force training new recruits receive. Led by Sgt. (Ret.) Toby Hinton, VPD recruits started receiving 40 hours of control tactics training before attending the police academy, 20 hours before field training, and another 16 hours before full deployment. In addition to this mandatory recruit training, all VPD officers are encouraged to attend police judo training sessions on an ongoing basis.

Getting officers on the training mats was the first obstacle, but what officers are doing to train is equally important to the number of hours that they are putting in. It is crucial that the training is in techniques that create opportunities for control and are not likely to injure the officers or subjects when used in the field. The VPD has chosen to train officers in police judo which has a foundation in sport judo but has been modified for the specifics of police control tactics.

Certain martial arts that focus on strikes and kicks are excellent for fitness, building confidence and winning ‘fights’, but those skillsets are not particularly suitable to modern policing where ‘duty of care’ is of primary importance. The public’s expectation is that police will use force in a manner that causes as little pain and suffering as possible.

Looking at other martial arts, the obvious choices for control tactics are judo and jujitsu – both of which focus on taking down, controlling and restricting the movement of your opponent without injuring them. Both have the concept of ‘duty of care’ for your training partner engrained in their central philosophies. The primary difference between the two is that judo has a dominant focus on controlled takedowns while jujitsu has a dominant focus of ground control. While many use of force interactions do end on the ground, how officers get subjects to the ground is extremely important, and if they can take the subject down while maintaining a dominant ‘standing’ position, as seen with judo, they will be at a tactical advantage.

The applicability of judo for law enforcement was recognized by the founders of police judo in the 1990s and was eventually adopted as the primary control tactics training methodology for the VPD. Officers are trained in low-risk/high-yield judo-style takedowns, joint manipulations and control holds which are modified with the objective of officers being able to get subjects into custody without hurting themselves or the subject. The maneuvers are not extremely technical but require several hours of training, repetition and reality-based scenario training re-enforcement before the officers achieve a level of competence and confidence necessary to be able to use them intuitively in the field.

Not every maneuver works in every situation

Recognizing that not every maneuver will work on every subject in every situation, police judo instructors provide officers with several options for different scenarios and drill transitions from ‘plan A’ to ‘plan B’. With sufficient coaching and repetitions drilling the options, officers gradually enter the autonomous stage of the motor learning process and begin to perform the control tactics intuitively with both competence and confidence.1 Even when an officer is proficient with one technique, as seen in many academy curriculums, without a ‘plan B’ officers often get stuck unsuccessfully attempting a maneuver repeatedly and eventually escalating the level of force. The ability to remain calm, constantly re-assess a situation, and be able to transition to a ‘plan B’ is crucial. Without significant training and repetition these options do not exist for officers under stress.

As a use of force instructor, I have often heard officers complain about having to do mandatory control tactics training. An obstacle for many officers is not feeling comfortable in training environments. This is something that all instructors should consider objectively. Is the training environment we’re providing inclusive, welcoming and safe? If not, changes need to be made.

The primary onus of training, however, is on the individual officers. No matter how often training is scheduled or how well lessons are delivered, if an officer does not embrace the importance of training and take responsibility for their own learning, it will not lead to the development of a high level of confidence or competence. The attitude of opting out of things we aren’t good at deflates the argument that policing is a profession. Professionals work hard to become proficient at the skills they need to do the job they have chosen.

Officers who are confident and competent with their control tactics skills are less likely to make mistakes. As the public starts to see officers who present themselves professionally and do their crucial work with competence and confidence, the trust will return. The obstacles of scheduling and budgeting for an expansion of training are not insurmountable if this is considered a priority – and making it a priority will naturally resolve many of the problems that departments currently face. Now is the time for the police to start a culture-shift towards making regular control tactics training part of the job.

Bryan Nykon is a Use of Force instructor with the Vancouver Police Department, instructor of Conflict Resolution at Langara College and judo instructor at Steveston Judo Club. He can be contacted at bryan.nykon@vpd.ca.