The concept of relationships coupled with technology for “success and safety” has somewhat taken hold in the law enforcement community this year. 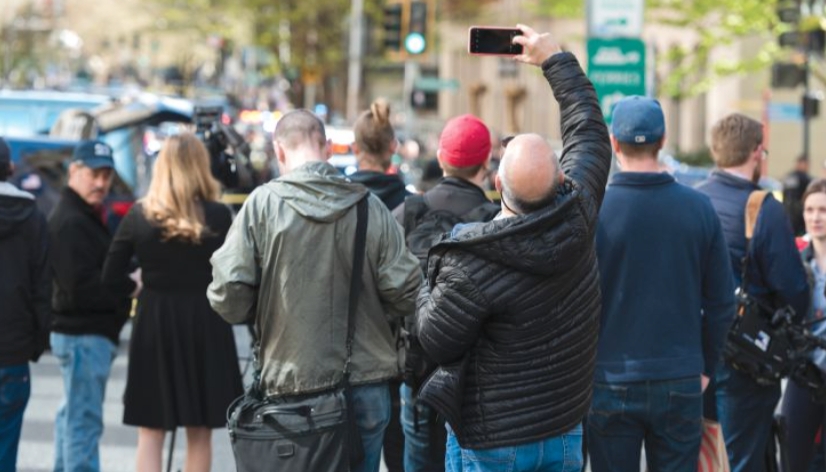 Back in 2004, prior to the existence of Twitter and Facebook, my Toronto Police colleagues in downtown Toronto Police Service 14 Division — led by now retired Superintendent Jim Dicks — started “Project Internet-Truancy,” which essentially saw uniformed police officers on bicycles patrolling around high schools and engaging positively with students who were skipping class.

The school administrations were on board with the police officers, who would bring the truant students back to class and offer them opportunities that were kind of cool — like making graffiti art or building BMX bike ramps, along with helping the community clean up the area surrounding the schools. This was the alternative back then to arresting those kids for smoking a joint and sending them and their parents off to youth court and into a process that, quite simply, wasn’t working effectively.

The officers gained the trust of the kids, becoming online “friends” on social media sites trending at the time, such as Zuup, Vibe.to, AsianAvenue and BlackPlanet.

The concept of relationship building was by no means new, but the technology piece, while common to the kids, was unfamiliar to teachers, parents and cops alike. Combining relationships and technology was uncharted territory. Young downtown Toronto street gangs were all active on social media and now the police were starting to walk the beat online, as well as offline.

Fast forward to 2007 where, under the leadership of Detective Larry Straver, co-ordinator of Toronto Crime Stoppers, we tried to do things a bit differently for the role of the community school officer. Instead of doing a PowerPoint presentation to kids on how Crime Stoppers worked, we started doing our presentations on social media sites.

The talks would focus on using social media sites for success and safety (including privacy settings) and included education on how to anonymously submit a tip to Crime Stoppers. We would regularly film videos of recent crimes (primarily unsolved homicides) and post them to our Crime Stoppers YouTube account, which led to a number of the students sharing our appeals on their own social media.

We also chose to work with the community youth on two BMX bike parks, assisted in the hosting of the annual international Toronto BMX Jam, and we also steered community building graffiti art projects. These youth engagement endeavours were captured on video and celebrated as successes by posting them to YouTube accounts operated by the Crime Stoppers Youth Officer.

In a two-year period, the number of anonymous Crime Stoppers tips in Toronto tripled from 300 per month to 1,000 per month.

This came to the attention of former Chief Bill Blair and within two weeks, the position of social media officer was created in Toronto Police Service corporate communications. It was an honour for me to be asked to fulfill this new role, two months before the infamous G20 in 2010.
The official Toronto Police social media accounts were quickly secured, with Grant commenting, “I was hoping you would call one day to take over this account”.

Around this time, Sgt. Tim Burrows started using Twitter for his role as media officer for Traffic Services. He was effective in doing so and more and more people were starting to take note of the potential of social media use for the police.

One day I received a phone call from Lauri Stevens, a former journalist and college technology director. Stevens said she had been quietly following the Toronto Crime Stoppers and Toronto Police Service social media evolution for four years and asked what she could do to help. She ended up writing a letter to then Deputy Chief Peter Sloly, offering her insight into how the Toronto Police Service and Toronto Crime Stoppers were on to something exciting with the use of relationships and technology for community success and safety. Stevens ended up starting her own company, Laws Communications, based on the need for education and training for law enforcement using social media.

The Social Media Internet Law Enforcement Conference (known as SMILE) was then born in Washington, DC. Sloly arranged for the risk management and corporate communications people to attend and Stevens was contracted by Toronto Police to officially craft a strategy for social media use.

There are now more than 400 Toronto Police Service members who use social media for community engagement regularly. Twenty-four hours per day, each and every day of the year there is staffing for social media in the Toronto Police Operations Centre. With radio encryption, social media has become the new police scanner for media.

One recent trainee in the Parking Enforcement Unit, PEO Kyle Ashley, generated more than two million impressions on twitter in a 40-day period after attending the two-day Toronto Police Social Media For Communications course. The course length is being increased due to the need to provide more training on emerging platforms like Instagram. SnapChat and Pinterest are also approved for use by Toronto Police Chief Mark Saunders. With the creation of the Cyber Crime Unit, known as C3, using social media for investigations is now commonplace.

It still comes down to relationships, technology and trust. Many law enforcement organizations are still only doing official communications and the grassroots are not permitted to engage on social media. The more people in all roles in an organization use social media (professionally and with purpose and process), the greater the payoff and potential.

Cst. Scott Mills is the Toronto Police Service corporate communications social media officer. He can be reached at Scott.Mills@TorontoPolice.on.ca or on Twitter @GraffitiBMXCop.
Print this page