News
Recovering the victims of the Toronto serial killer

As police continue their search of properties that alleged Toronto serial killer Bruce McArthur accessed in the course of his work as a landscaper, the news coverage has centred on the fact that police are investigating at least 30 properties for evidence. 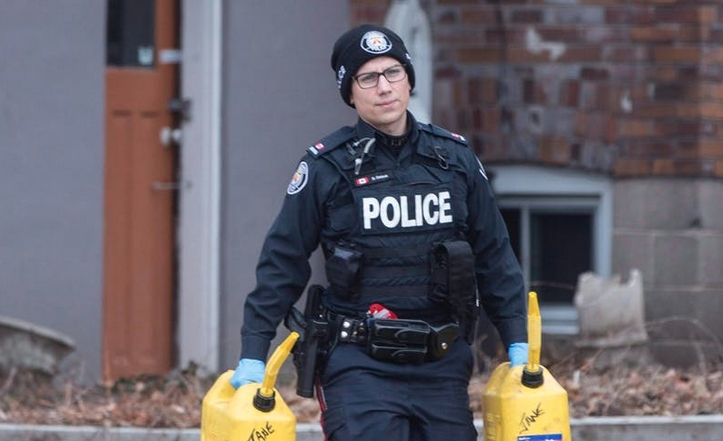 A police officer carries containers outside a house in Toronto where accused serial killer Bruce McArthur did landscape work in January 2018.

If you’re thinking this is huge task to undertake, you’re right.

As a forensic anthropologist in northeastern Ontario — and a consultant to the Office of the Chief Coroner and the Ontario Forensic Pathology Service — I have had to deal with homicide cases where the recovery of human remains at a crime scene is made more challenging by the frigid temperatures that a Canadian winter so often brings.

Given the blanket media attention on the Toronto case, it’s important for the public to understand the procedures in such investigations.

The coroner also has the power to enlist various services to assist with the investigation.

In practical terms, this means local or provincial police services. This assistance continues through to the post-mortem examinations of human remains by a forensic pathologist.

It’s important to clear up a misconception most people have about death investigations —namely, that coroners do autopsies. Although in Ontario coroners must be medical doctors, they do not perform autopsies; pathologists do.

In the case of criminal death investigations, specially trained and certified forensic pathologists perform the autopsies. Sometimes, when the remains lack soft tissue, a forensic anthropologist is brought in to analyze the bones’ characteristics to assist in their identification.

The search for human remains in any case is done in a systematic fashion.

A process is followed to determine if a scene is relevant to the investigation, and where on that scene is the most likely place to find human remains.

Police investigators will have a reason to suspect evidence may be at a particular location. In this case, police will examine records specifying where the suspect worked.

This is then refined by police interviewing people acquainted with the suspected killer. In the McArthur investigation, for example, his onetime clients could be pointing investigators to the locations of his landscaping projects.

Once that’s done, police begin testing an area for the presence of human remains.

A dog is capable of detecting decomposition scents even in cold weather. Searchers may try to enhance scent availability by scraping the ground or even putting small bore holes into the ground, and then have the dog sniff that area.

The dog will indicate where it detects a scent that it’s been trained to find.

Ground-penetrating radar is also used in these cases. This instrument has a flattened surface that is pulled like a sled over an area while it sends sound waves into the ground.

Those waves are sent back to the device and it records the different ground densities at various depths to indicate if there’s something buried in that location. Once an area has been identified for excavation, that process begins.

The actual excavation process is hampered by freezing temperatures. Such temperatures will harden the soil, seemingly to the consistency of concrete.

When encountering conditions like these, I recommend placing a tent over the scene and then heating the surface of the area to be excavated. Industrial heaters force hot air over the soil surface; however, as hot air rises, this process can take hours. Only the top two centimetres or so of the soil is thawed enough for removal.

Once the next frozen layer is reached, the process continues. This goes on until the remains are exposed and can be photographed in place.

Further thawing will ultimately free the remains for collection and transportation to forensic authorities for examination.

As you can imagine, if this is happening at 30 separate scenes, the search-and-recovery process in the Toronto serial killer case will extend over several weeks, unless most of these potential scenes have already been searched and cleared by police.

But given the resources that the Toronto Police Service and the Coroner’s Office have at their disposal, they are certainly more than equal to the task at hand.

This article was originally published on The Conversation. Disclosure information is available on the original site. Read the original article here.