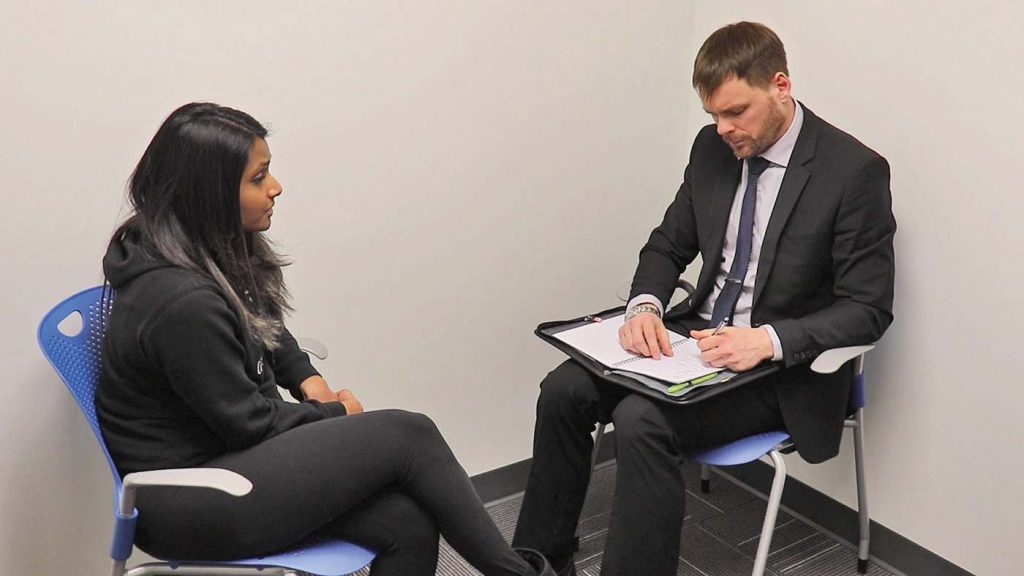 Training on investigative interviewing has a key role in the translation of research into practice. With regards to the impact of training, what matters is the content and methods used in the training. Many interview guidelines and training courses have been designed based on field experiences, research findings, and best practices. Researchers have used various methods to assess the training outcomes including pre- and post- training performance evaluation in lab settings, self-report of trainees on the training content and delivery methods, and analysis of video or audio recordings of interviews before and after the training. The outcomes of most studies showed that training courses have not led to the expected levels of development in interview performance.

A survey of 171 Canadian police officers, for instance, found that only less than half of the participants had received formal interview training and the majority of those who received formal training were not satisfied with it. In a more recent field evaluation, researchers examined the interviews conducted by 32 Canadian police officers before and after two-week long training. They found that training developed their performance on some relatively simple skills such as asking more open-ended questions and the use of scripts and checklists. However, their performance in the use of “complex skills” such as memory enhancing techniques did not change. Research in different countries found similar results.

Ten years ago, Dr. Brent Snook, whose lab has contributed to the enhancement of the quality of interviews within the Canadian police departments for almost two decades, and his colleagues called for a reform in investigative interviewing in Canada and provided explanations for the unexpected outcomes of training courses. First, they underlined the lack of systematic interview training delivered to police officers and discussed that the existent courses are inconsistent in terms of the type of guidelines, amount of training, and quality. Second, existing training programs do not include periodic refresher sessions, evidence-based performance evaluations, and regular and structured supervision. Third, the contents of the training courses are mostly based on the Reid Technique which is a persuasion-based, accusatorial approach and uses psychologically coercive tactics to elicit confessions from suspects. Research has shown that Reid Technique is more likely to generate false confessions than non-accusatorial techniques, rife with psychologically coercive methods, and there has been no scientific evidence demonstrating the effectiveness of the technique.

Since Dr. Snook and his team’s call for reform, there has been some developments in the interview approach of Canadian police departments. In 2015, the RCMP launched a new interview approach called Phased Interview Model (PIM), which is described as a hybrid approach of non-accusatory and accusatory-based interviews. The model has been adopted by nine police agencies in addition to the RCMP, and the Canadian Police College started to provide training courses on the model. However, since its launch, there has been no empirical study on the PIM approach and the efficacy of the training provided. In a recent paper, Dr. Snook and colleagues described the PIM as a “toolbox” approach and outlined three major challenges of this new model: (1) the use of some forms of minimization tactics similar to the Reid technique, (b) the use of false evidence to elicit confession, and (c) the use of leading questions. Decades of research has shown that all of these three methods cause suspects to report inaccurate information and falsely confess, which ultimately lead to wrongful convictions and miscarriages of justice.

To avoid potential negative outcomes of insisting on counterproductive interview methods, the call of Dr. Snook and colleagues for reform needs to be revisited in light of the fast-growing literature in investigative interviewing and best practices across the world. The recommendations made a decade ago for a better interview training in Canada were clear and they are still valid:

Dr. Davut Akca is a research officer at the University of Saskatchewan’s Centre for Forensic Behavioural Sciences and Justice Studies (https://cfbsjs.usask.ca/). To hear more about this technique, share your expertise, or find out how you can get involved contact him at davut.akca@usask.ca.