According to VCOM News, “a stray that nobody wanted, plucked from death row at the 11th hour,” has retired this month after a long career as an RCMP Newfoundland and Labrador service dog. 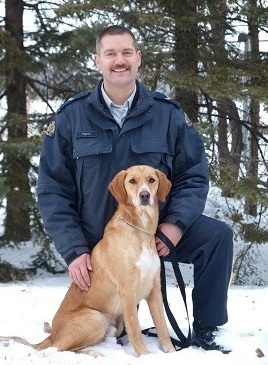 “Luke, a Lab cross, was saved by RCMP Sgt. Don Bill from Humane Services in St. John’s back in 2009. His time at the shelter was growing short after being picked up wandering the streets of St. John’s, and Humane Services gave Sgt. Bill a call to see if Luke held any potential because he wasn’t seen as a prime candidate for adoption.”

Luke entered the Innisfail, Alta., Narcotic Detection Dog training course in March 2009 and his instincts were so good, he completed the 11 week course in just three weeks, the article continues.

“He’s since taken millions of dollars worth of illegal drugs off the streets.”