The new RCMP Valleyfield Detachment was officially opened Oct. 29. The detachment “symbolizes the RCMP's commitment to providing federal police services to all Canadians. At the same time, the RCMP is reiterating its desire to fight the sale of illicit goods and organized crime.” 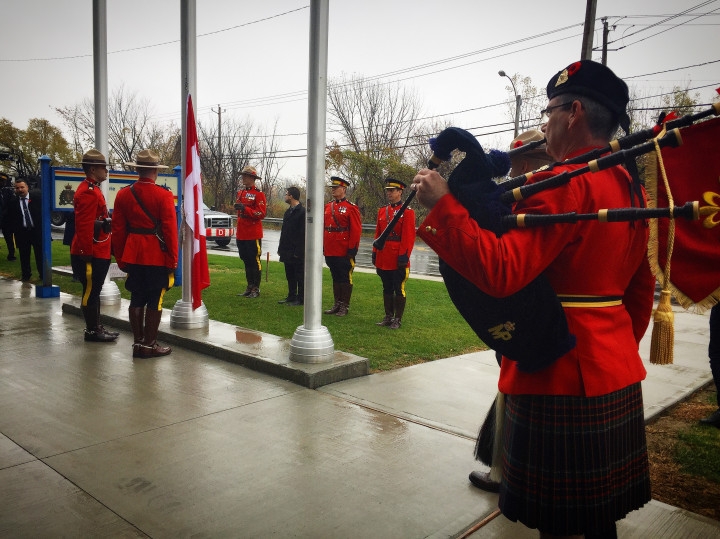 RCMP Deputy Commissioner Gilles Michaud and Assistant Commissioner François Deschênes, commanding officer of the RCMP in Quebec, both addressed attendees at the opening. The mayor of Valleyfield, Miguel Lemieux, was also on hand, as well as a number of local enforcement partners of the RCMP.

The new detachment was opened in keeping with tradition and protocol, highlighted by the pipe major and members in red serge.

Valleyfield Detachment investigators spend most of their time patrolling the border and enforcing federal legislation, including the Controlled Drugs and Substances Act, the Customs Act and the Excise Act, the RCMP notes. They also collect intelligence in support of national security and cross-border organized crime investigations.

The new detachment, featuring “modern, larger facilities,” opened to the public in September 2017.

Additionally, a new Côte-Nord Detachment was officially opened on Oct. 30, 2018, in Sept-Îles, Que. The RCMP’s presence in the Côte-Nord began in April 1932, as a result of a request by the Department of Indian Affairs. At the time, the detachment had only one service member during the summer. The first mandates concerned enforcement of the Indian Act and the Migratory Birds Convention Act. It was only in the late 1950s that a permanent detachment was established.