News
RCMP changed date for accepting applications for promotion: The impact was extraordinary

What is gender-based analysis, anyway? How the policy tool is changing government 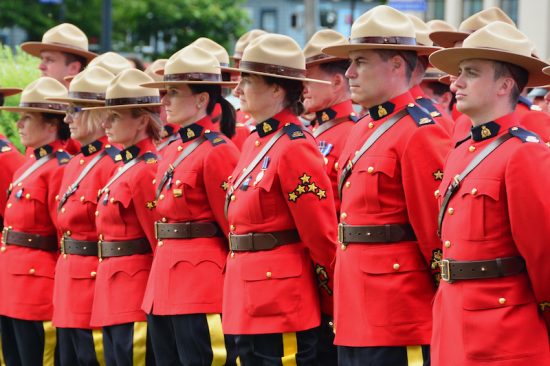 RCMP police stand at attention in Victoria as they honour fellow officers who gave their lives while on duty. Photo: Getty Images
The Royal Canadian Mounted Police noticed that among rank-and-file members showing an interest in promotions, fewer women than men were putting their hands up.

A gender-based analysis of the RCMP process for selecting officers found a problem: the Mounties took applications for promotions in September. That coincides with the start of the school year, making it harder for those with school-aged children to complete it.

Rather than simply expecting mothers to get better at juggling, the RCMP made a change.

“The application process was adjusted to allow year-round submissions,” RCMP Cpl. Caroline Duval wrote in an email. “In the period following this change, we have seen a 12 per cent increase in the number of women applicants to the process.”

They took a closer look through something called gender-based analysis, which involves examining how a policy or process could affect men and women in different ways, while taking other factors such as age, race, ability, sexual orientation and income into account.

If the analysis, ideally done at the outset, reveals one gender, or another group, would experience disproportionately negative impacts, then plans can be reshaped to avoid that outcome, or at least mitigate those effects.

Gender-based analysis is not new, but it has been receiving more attention since the Liberal government brought it into its budget-making process and has been pushing it across all departments and agencies.

Prime Minister Justin Trudeau told each of his cabinet ministers in their new mandate letters released last week that he expects them to apply Gender-based Analysis Plus (GBA+), which is the name of the particular process used by Ottawa, to the decisions they make.

The Liberals have been criticized for their heavy focus on gender-based analysis, which has been wrapped up in the branding of Trudeau as a feminist prime minister and seen as a way to appeal to female voters.

The fact that Trudeau named an equal number of men and women to cabinet in 2015 was a political decision, but it was also listed in the 2019 federal budget document as one of the key milestones for gender-based analysis in Canada.

Still, concrete examples of how gender-based analysis has been put to use in Canada and around the world show it has the proven ability, and lots of untapped potential, to make a real difference in the lives of girls and women — as well as boys and men.

“It’s been used as a wedge issue, I think that’s totally true, but it remains an important tool,” said Katherine Scott, a senior economist with the Canadian Centre for Policy Alternatives. “And it’s evolving.”

Women and Gender Equality Canada, the department formerly known as Status of Women Canada, has provided online training in gender-based analysis to more than 150,000 federal public servants, MPs, senators and parliamentary staff as of Dec. 8.

That online training module encourages analysts, or anyone dreaming up a policy proposal, to challenge their own assumptions, including implicit biases, as well as those in the previous research and data they rely on to further develop their plans.

Included in every budget proposal

That is changing, now that every department and agency has to include gender-based analysis in every budget proposal, Treasury Board submission and memorandum to cabinet. The Liberals also passed legislation to enshrine gender-based analysis, which also involves considering diversity beyond sex and gender, in both budget-making and environmental impact assessments for new natural resource projects.

More training and better data have also improved the quality of analysis.

There have been interesting results.

This report by The Canadian Press was first published Dec. 18, 2019.