Rajant, a provider of private wireless networks, says it has successfully conducted tests that show police forces can use sUAVs (small unmanned aerial vehicles or drones) linked with a mesh network on the licensed 4.9 GHz public safety band for aerial surveillance and pop-up connectivity. 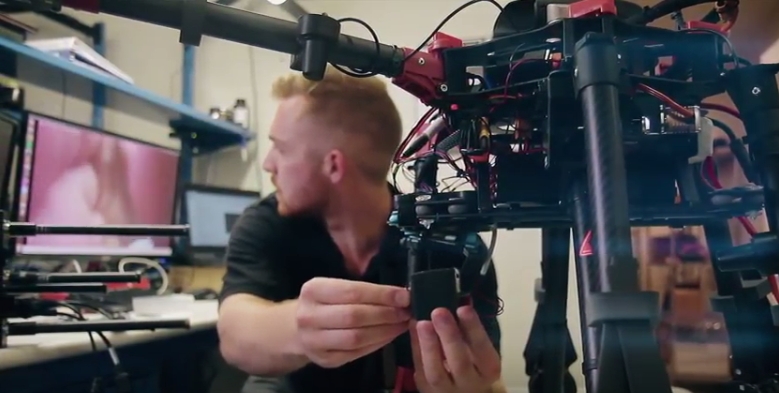 Rajant worked with the Morehead Kentucky Police to apply for an experimental license to fly a tethered drone, integrated into a kinetic mesh network during a large, local outdoor event this past July. The flight’s purpose was to “test the viability of an aerial broadband/surveillance system attached to a tethered drone to enhance situational awareness for police and first responders during similar events,” according to Rajant.

The company notes Morehead has a free public kinetic mesh network installed in its downtown area, with a combination of wireless network nodes and networking software that give instant Internet access to anyone within the network’s parameters. In a kinetic mesh network, “an infinite amount of nodes can join the network without affecting bandwidth or throughput, so the node on the drone was able to tap into existing network infrastructure for instant connectivity,” Rajant explains. Additionally, kinetic mesh networks can run on licensed, unlicensed and military bands, so the tethered drone’s on-board network connection was able to use the 4.9 GHz band.

The tethered drone flight and pop-up connectivity test was a success, allowing rapid radio coverage as well as aerial video coverage during the outdoor festival, according to Rajant. The Morehead Police flew Rajant’s drone 30 meters over the city and live-streamed the video coverage, showing high-bandwidth throughput is possible via a drone on a mesh network. Additionally, the wireless radio on the drone created a reliable pop-up aerial broadband network for Morehead’s public safety communications.

“We have a relatively small [police] department, and you want to make sure you have every angle covered [during these kinds of events],” said Morehead Mayor Jim Tom Trent. “If there’s an issue, we need to know where it is as quickly as possible, who’s involved, how many people need to respond, [and] who needs to respond, and that all starts with communication.”

In addition to surveillance, police can use drone as an instant tower to create “temporary fixed” communications networked with a ground mesh in 4.9 GHz, “augmenting their ground awareness with aerial on-the-spot connectivity, no matter where they are, providing real-time mission-critical data from wearables, cameras and other devices.”

While there are still current challenges to running tethered drones on the 4.9 GHz band due to regulations, Rajant says, “This test showed creative solutions like this can be a safe and valid answer to rapid deployment of aerial communications, supporting cities’ missions regarding security and protection of life and property.”