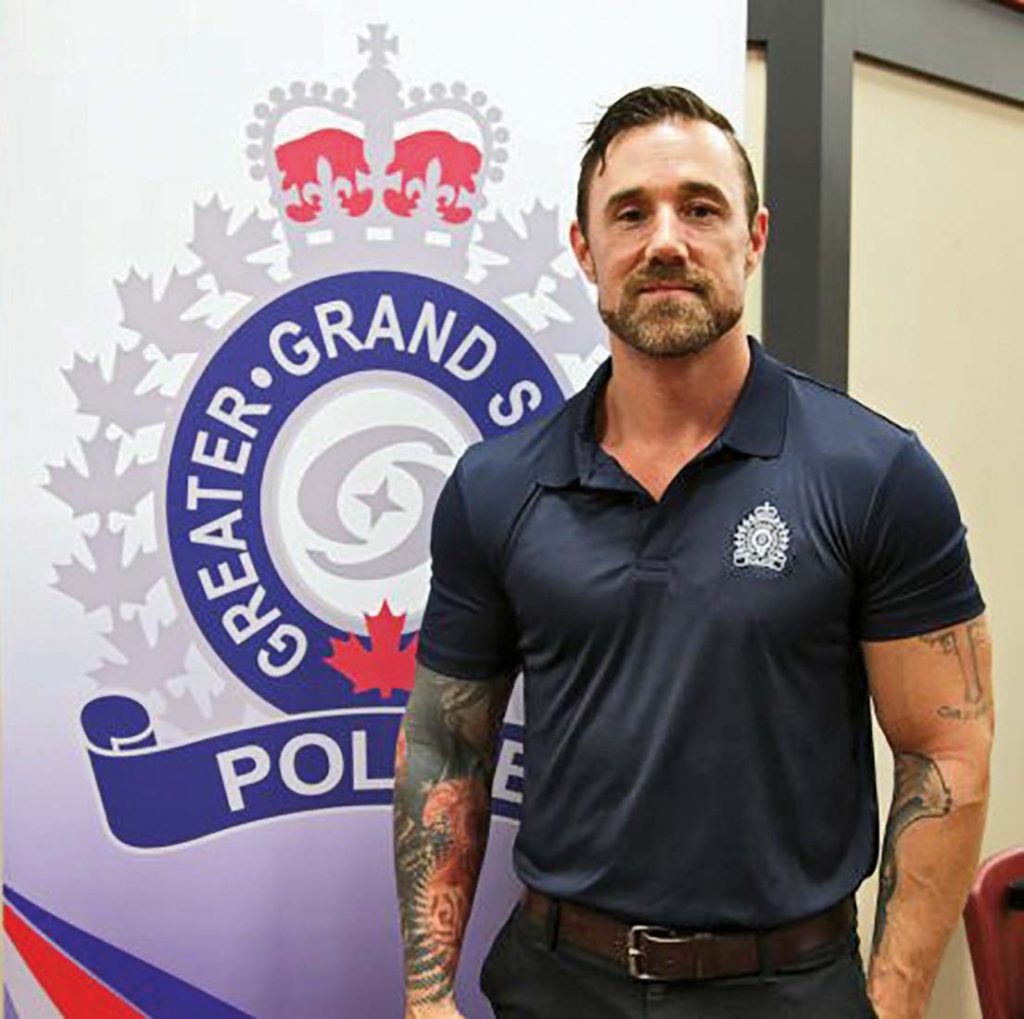 Const. James Jefferson, the wellness co-ordinator officer at the Greater Sudbury Police Service, discusses how he molded his trauma into purpose by educating and inspiring fellow officers.

Q: Why did you pursue a career in law enforcement?
A: Being in law enforcement was my life’s ambition. I always saw myself in this line of work and on this career path. I thought it was the perfect fit based on how I carry myself and what I brought to the table.

Q: Can you tell us about your personal experiences with PTSD?
A: Coming into the profession, I was completely naive. I was oblivious to mental health and didn’t know what PTSD was. The first two years on the job, I flourished but then, at about the two-year mark, I was involved in a fatal shooting; a homicide that turned into a suicide-by-police scenario. It was a moment where we were faced with a decision that no human should ever have to make: to take a life or to gamble with my own and my partner’s. There was a fall out after that and that was something I wasn’t prepared for.
I was promoted into the drug unit shortly after the shooting and that’s when I really began my downward descent, in terms of depression and anxiety. In the drug unit, you deal with a lot of human tragedy and pain and it allowed me to put myself out there and into a lot of dangerous situations. As the PTSD began to grow, my thoughts of suicide began to grow too. Eventually suicide became an everyday thought and, unbeknownst to my colleagues, I did actually attempt while on shift.
I wouldn’t wish PTSD or trauma on my worst enemy because losing your ability to control your own mind and thoughts, there’s nothing more tragic and humbling than that in my opinion.

Q: You have said that you struggled for several years before giving in to the healing process. What did that look like?
A: I realized I had to change the game plan. I had to recover from this because living like that couldn’t be an option anymore. It was a conscious choice to be better than this disorder, to not be defined by it but to defy it. It all began there.

Q: What was it like stepping into the role of wellness co-ordinator?
A: Purpose trumps fear. I had this this inner purpose and told Chief Paul Pedersen that we needed to create this position for me. He agreed and, with his support, it’s gone better than I could have imagined. The gratitude and the outreach from the members showed me that I wasn’t the only one who felt there was a lack of resources. Because I have similar lived experiences, I’ve been able to ensure that others won’t walk that same path I did. Instead, they will walk a better, more supportive path.

Q: How has COVID-19 impacted your role?
A: It’s been non-stop since the moment I started this position but I believe the mental health in our profession is at an all-time low right now. Officers and personnel are struggling. There’s a number of reasons: COVID, the racial turmoil with police that’s so prevalent right now and the anti-police movement. We can’t turn on the television nowadays without seeing something negative directed at police so, you pile on our professional experiences with everything that’s going around the world and it’s clear that our people are struggling and in need of support. I’ve been very busy but I just focus on helping one person at a time.

Q: What are your biggest takeaways from your time in the role? What would you tell other departments who want to implement a similar position.

A: Several services have reached out to us and our main advice for them is that you must have the right person for it to be successful. The wellness co-ordinator must have that lived experience but also be past it and in a place of peace. I’m thankful for my experience. It changed me. It’s made me stronger but it’s also woken me up to life. I really feel like, preceding trauma, I was sleepwalking, just going through the motions of life, but my experience woke me up. I look at life differently now. It’s been a true blessing but you can’t get to that brightness without knowing how darkness feels.

Editor’s Note: This Q&A has been edited for clarity. To listen to the full podcast, click here.